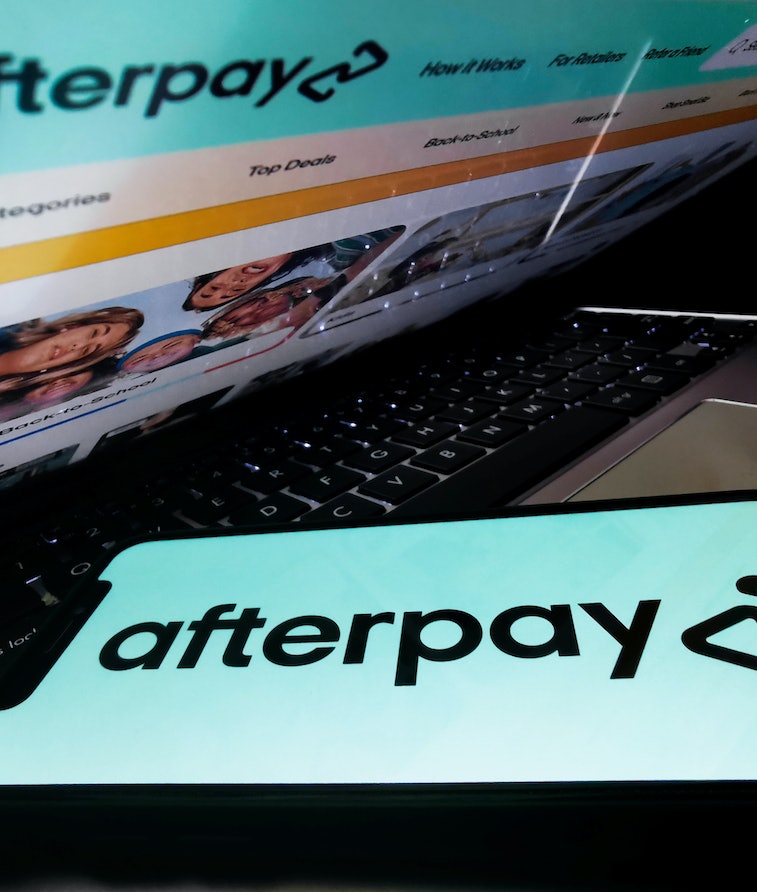 Buy now, pay later: It’s a claim that sounds too good to be true.

Yet Nick Molnar, co-founder and co-CEO of Afterpay, has built an entire company around layaway financing — with no credit checks, no interest, and no fees.

Anyone with a bank account in the United States, United Kingdom, Australia, New Zealand, and Canada can use Afterpay to buy whatever (and however much) they want at stores partnering with the platform. Payments are split into four installments, with an initial payment due at the time of purchase and the remaining portions due over a six-week period. Think of Afterpay as a credit card service, without any of the disadvantages.

After witnessing the setbacks of the 2008 financial crisis — and seeing many consumers (especially millennials) move away from credit cards as a result — Molnar wanted to create a platform that made shopping more accessible while remaining fiscally responsible. “[The founders of Afterpay] made a decision very early on that we never wanted our consumers to revolve in debt,” Molnar told Input in an interview. “We keep our consumers’ best interests at heart.”

Molnar grew up in the retail business, with family in the jewelry industry and later, an online jewelry hustle of his own, based out of his college bedroom. “Growing up in retail gave me an insight on business dynamics,” he claims, noting that such dynamics shifted after the 2008 financial crisis triggered a worldwide wave of fiscal anxiety. Much like a phoenix, Afterpay was born out of the protest and tragedy that surrounded the economic crash, Molnar says.

“Our vision around fairness and financial freedom is something we’re focused on every day.”

Brainstorming with his neighbor, Anthony Isen — who lived across the street from Molnar’s parents in Australia — Molnar built his layaway business in 2014, later securing a first round of investment in 2015. Afterpay went public on the Australian stock exchange the following year, he says, adding that “from that point on, [the company] scaled pretty quickly.”

A new way to shop

Buy now, pay later platforms have now expanded into an industry of their own: Klarna, Affirm, and Zip of just some of the available options, while existing companies like PayPal have created their own layaway services and bought up others. As one of the first platforms available, Afterpay has secured partnerships with millennial and Gen Z-favored brands like Urban Outfitters, Sephora, Target, Foot Locker, REVOLVE, Bed Bath & Beyond, and more. Yet with the growing number of layaway services available — and the growing number of users — any store could soon offer a buy now, pay later option.

Molnar hopes this type of growth will happen, especially as Afterpay expands from online shopping to in-store purchases as well. “The income to price gap is only widening,” he says, referencing the economic divide many shoppers, notably teen consumers, experience. “Our vision around fairness and financial freedom is something we’re focused on every day.” Currently, Afterpay boasts a total of 20 million users in the U.S. alone, with an average consumer age of 33. Gen Z is the layaway service’s fastest-growing consumer base, says the company.

Afterpay’s accessibility guarantees its retail partner more business, according to Molnar — but with trends becoming more fast-paced thanks to social media, such access may become unsustainable. Young consumers, influenced by Instagram and TikTok, are buying into fads that last weeks, if not days; Afterpay makes those trendy pieces obtainable. The endless, and perhaps overly accessible cycle encourages customers to over-consume.

“We don’t do credit checks, and we don’t ever stand for charging interest.”

“We don’t do credit checks, and we don’t ever stand for charging interest,” says Molnar, maintaining that these user-friendly features also keep consumers from abusing Afterpay. “The moment someone is late on an installment payment,” he says, “they can’t keep transacting until they pay that off.” By functioning the opposite way of a financial or credit card company, Afterpay keeps its losses at a minimum, while also protecting its consumers, Molnar adds.

Most recently, Molnar’s inclusive layaway service made an appearance at one of the world’s most exclusive gatherings: New York Fashion Week. A series of live shopping and interactive events gave consumers a chance to buy new collections (and pay later), style freshly-debuted pieces, and celebrate making fashion more accessible.

On TikTok, Afterpay devotees have joked about how the platform will make even more opportunities available, claiming they’ll soon be able to use layaway to buy a mansion next to Kylie Jenner’s. To this, Molnar laughs, saying he loves the idea; perhaps Afterpay will expand to the real estate market, too. As of now, there’s no plan to do so — but for Molnar, nothing’s out of the question.