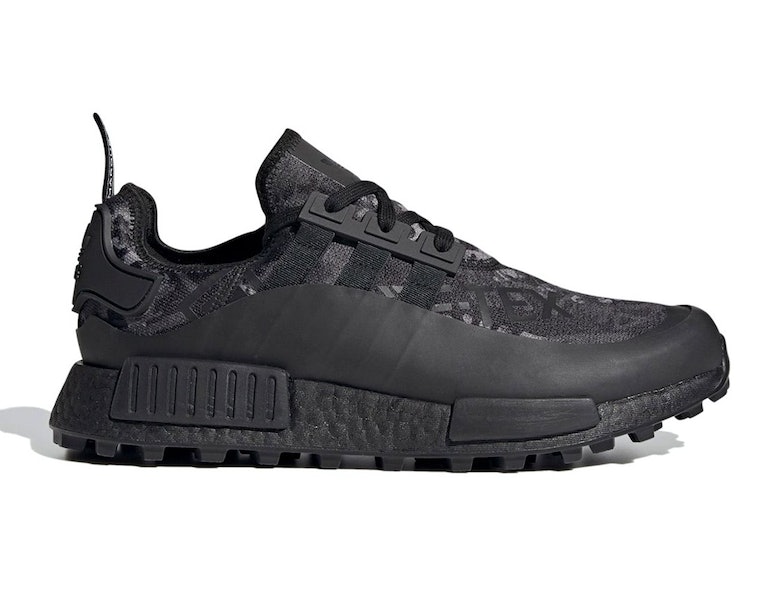 Similar to Nike's Roshe Run, the Adidas NMD had just a hot second of acclaim before becoming the butt of jokes. The early Boost sneaker was intended as a more casual, street-ready partner to the Ultra Boost's running bonafides but quickly became shorthand for the most swagless of dressers. Now, five years later, Adidas may have found a new recipe for the NMD's success.

The NMD R1 has been made over as a trail sneaker equipped with Gore-Tex and a Continental outsole. Lightweight and rugged, it essentially follows the formula from Terrex, Adidas' dedicated outdoor line. Primeknit keeps the upper light and snug-fitting like a sock, while the cloud-like Boost cushioning will make it even more comfortable. With Gore-Tex's waterproofing, this sneaker should stay in your rotation during rain and snow.

For now, Adidas has only rolled out the new NMD R1 Trail Gore-Tex in Japan — but here's hoping it's eventually bound for the States.

Street meets trail — The signature panels on the midsole and heel are the only evidence of the new NMD's connection with its dweeby forefathers. By taking properties from trail runners, the new Gore-Tex equipped NMD R1 is a much tougher sneaker ready to hit the streets. An aggressive Continental outsole — a mainstay in outdoor sneakers — should keep you from falling on your ass in arduous weather.

Gore-Tex branding is combined with a camo of sorts where the Primeknit is visible, done up in a dark monochrome befitting of its toughness. The rest of the sneaker is murdered out, which will remove any fear of getting it dirty. You'll want to beat this shoe up, which is more than you could say about previous NMDs. Those just felt like an ankle roll waiting to happen, adding injury to the insults wearing them might garner.

Bring it over from Japan — While we wait to see if the NMD R1 Trail Gore-Tex will be released in the U.S., you can expedite the process by enlisting a proxy service. It's a tad pricy at ~$202 before any proxy fees, so you'll have to really love it if you pick it in favor of the Terrex Two Ultra Parley or Swift R2 Gore-Tex, which are more advanced and cheaper.

Regardless, it's a good sign for the NMD series. It may just be redeemable after all.