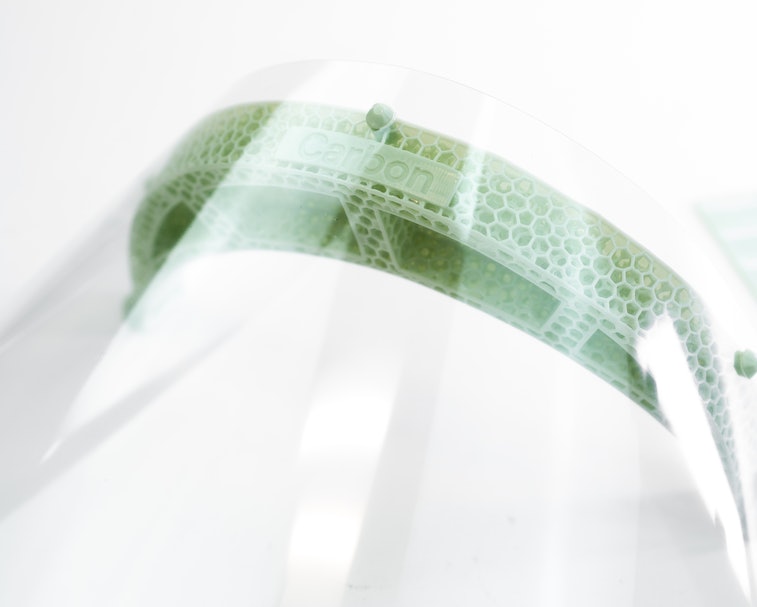 The Swoosh and the Stripes will always be duking it out, but right now they have a common opponent: the coronavirus. A day after Nike detailed its production of Air-enabled face shields, Adidas has announced it'll produce its own personal protective equipment (PPE) using the same 3D-printing technology behind its 4D series of sneakers.

Together with Carbon, its partner in 3D printing, Adidas is producing more than 18,000 face shields per week for healthcare professionals and front-line workers. All of Carbon's California production facilities have shifted their focus to support the initiative. The mask's 3D-printed lattice structures reduce material use and speed up printing times while also providing comfort and performance.

In addition to donating the face shields to areas most in need, the two companies have made the print files available so anyone with a Carbon 3D printer can produce their own PPE.

All hands in — Like Nike and Adidas, Under Armour is also producing face shields, as well as face masks and gowns. New Balance, too, has joined the cause by manufacturing hypebeast-grade face masks. In the wider, non-athletic fashion world, the companies who've stepped up to address PPE shortages include Ralph Lauren, Brooks Brothers, and Los Angeles apparel. LMVH has even begun producing hand sanitizers using factories that normally produce fragrances and cosmetics.

Meanwhile, Donald Trump has yet to invoke the Defense Production act, which could bolster efforts to address shortages caused by the pandemic. In other words, your jawnz addiction is doing more than your tax dollars. Thanks, Trump!