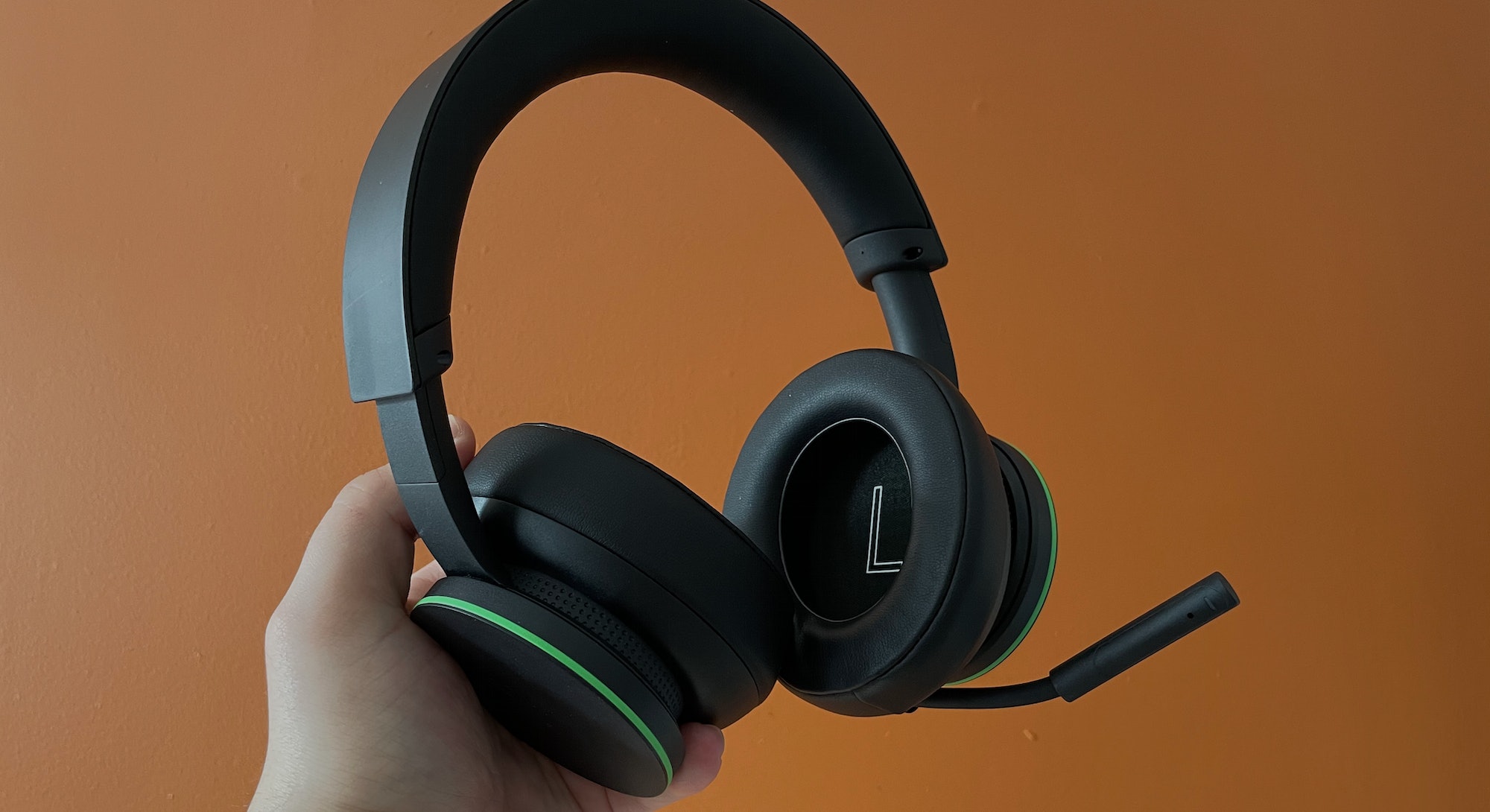 When Sony was unveiling new info about the PlayStation 5 in 2020, one of the most underrated features about the next-gen console was its “Tempest” 3D audio, which would provide unparalleled sound quality in video games. To showcase this innovation, Sony released the Pulse 3D wireless headphones at launch to take advantage of the proprietary software.

Microsoft didn’t quite have a rival to Sony’s next-gen sound tech for Xbox Series S and X until now. For Xbox players (not just Series S/X owners), Microsoft has just launched its own wireless headset, unoriginally called “Xbox Wireless Headset,” for the same $99 price as the Pulse 3D, and it blows Sony’s headset out of the water. If you own an Xbox and want a high-quality, super comfortable, and affordable wireless headset, this is the one to get.

I immediately noticed the differences as soon as I put on the headphones. The Xbox Wireless Headset is undoubtedly a more premium product with a more solid frame than the near two-dimensional design of the Pulse 3D.

While the headset also offers more padding in the ear cups, the biggest differentiator between the two lies in the headband. The Xbox headset has a classic telescoping design, with the arms connected to the earpieces able to slide in and out of the top padded arch. The Pulse 3D has a dual-band solution, which lets you put it on quicker, but sacrifices a precision fit.

The Xbox Wireless Headset is undoubtedly a more premium product than the Pulse 3D.

When picking a headset, comfort is just as important, if not more so, than audio quality, and there is no denying that the Xbox Wireless Headset is simply a more comfortable design than the Pulse 3D. This is not surprising since Microsoft also makes the very comfortable Surface Headphones 2, which sports a similar design. You’d think Sony, with all of its expertise designing ANC headphones like the critic-favorite WH-1000XM3/4, would have the upper hand, but alas, PlayStation seems not to have benefitted. (Not surprising since PlayStation is its own separate business within Sony after it was spun out in 2016.)

Comfort isn’t everything — function matters and this is where different design philosophies between the two products really reveal themselves.

When gaming with a headset, there’s a lot of times when you might need to tinker with it without looking at it. Perhaps you need to adjust the volume, or if you’re in a chat, change the audio levels between the game and the other players. Or you might want to mute your mic to make sure your trash talk isn’t coming through when you’re not squadded up with friends in a multiplayer game.

On the Pulse 3D headset, all of these controls are handled with buttons, switches, and rockers located all on one ear cup. Despite having used the Pulse 3D for months, I still have no idea which switch is used to turn off the headset and which is used to monitor my mic, or which volume rocker controls the overall audio level as opposed to the game/chat mix. I’ve lost count of the number of times I’ve had to take the headset off while I’m playing a game just to see what I’m doing. (Sony has a history of making buttons confusing. PS4 power and eject button anyone?)

The Xbox Wireless headset doesn’t have this problem. The flat ear cups are rotatable, with the left controlling the mix and the right controlling overall volume, just like the controls of the Surface Headphones. The mic mute button is attached to the stem of the mic itself, and the power button is more raised, making it easier to feel by touch. Oh, and like the Xbox button on your controller, that power button also doubles as a way to turn on your Xbox console.

Then, there are the Xbox Wireless Headset’s more forward-thinking features that accommodate changes in gaming behaviors.

I’m a multitasker when I play video games, often listening to an audiobook or podcast while I’m playing in order to maximize the hours in a day. I also like to use the superior chat features of apps like Discord over the baked-in communications of the consoles themselves. The Xbox Wireless Headset allows me to indulge in these habits with simultaneous connectivity to the console and another device, such as my PC or phone. This is not the first headset to include this feature, but it is the most accessible one at this price, and now that I’ve used it, I can’t imagine buying another headset that doesn’t have it. Looking at you, Pulse 3D!

A couple of other nifty features, like audio muting when you’re not speaking, really show how much Microsoft thought about the life of a modern gamer when designing these headphones. Unlike the Pulse 3D, the Xbox Wireless Headset also doesn’t require a dongle for wireless connectivity. The Pulse 3D, however, does support a wired connection with a 3.5mm jack, while the Xbox headset is exclusively wireless.

In terms of battery life, Microsoft says the Xbox Wireless Headset lasts up to 15 hours on a single charge. I found this to be a relative ballpark, with it slightly edging out the Pulse 3D. That being said, neither headset lasts as long as other premium headsets; my Logitech Pro X headphones outlasted them both with a single charge (Logitech advertises 20+ hours on a single charge). The battery life is good enough for a $99 headset. How long they last will, of course, depend on how long you game continuously.

A headset can have all the bells and whistles, but still suck if the audio is crummy. Thankfully, these headphones aren’t a slouch in that department. Combined with Dolby Atmos support (you get six months for free until September 30, 2021, after which it’ll cost a one-time-fee of $14.99 to keep it forever), the Xbox Wireless Headset offers an impressive audio experience for $99.

I’m no audiophile, so I’m sure that there are distinct differences between this product and some of the more premium, expensive headsets that I own. But in the heat of a game, particularly with a podcast in the background or my friend’s chatter, I cannot discern a massive difference that justifies splurging more money for them.

But what about the PlayStation’s “Tempest” 3D audio? That’s where the Pulse 3D edges out the Xbox Wireless Headset — it has better audio separation. The dialogue of a character, the music, and the sound effects sound more distinctive, hence assisting slightly with the directional advantages that the PlayStation’s audio is meant to offer. That being said, this was only something I noticed as I looked for direct comparisons for the sake of this review. I wouldn’t have normally perceived it otherwise.

On a system level, both the Xbox and PlayStation offer slight audio customization options for their respective devices, but this is yet again another area that Microsoft triumphs over Sony.

The PlayStation 5 currently offers five presets to change the “height” at which the audio is pumped into your ears, asking the user to decide which option “sounds the closest to ear level.” The audio is of a running river and I cannot tell for the life of me which option is “best.” They all sound different, but I have zero context for which selection is “closest to ear level,” so I just left it on default. Mark Cerny, the architect of the PS5, said that “Tempest” audio will be improved over time with further customization options, but at the time of writing it’s incredibly lackluster in this regard.

The Xbox on the other hand follows a more traditional customization route with the ability to fine tune individual frequencies, something that makes a clear difference. Much like the headset’s hardware, its software allows for each user to precisely tune their audio experience till it clicks for them.

The best headset for Xbox

At the end of the day, what’s going to actually dictate your investment in one headset or the other is which console you own. This headset is designed for Xbox so it only makes sense you should get one if you’re on Team Microsoft. And if you own a PS5, get a Pulse 3D. It sucks there’s no interoperability to allow you to use the Xbox headset with a PS5, but that’s by design. They each want you to pick a side and buy gear for their respective consoles. At least you can use the Xbox Wireless Headset with a PC or phone, though.

All I can say is that the Xbox Wireless Headset is yet another quality of life improvement, like Xbox Game Pass, Quick Resume, and Smart Delivery that makes the Series X an even more desirable console choice. Maybe sound isn’t as important to you as visuals, but if you’ve got an Xbox and care even a smidge for good personal audio, the Xbox Wireless Headset is $99 well spent.