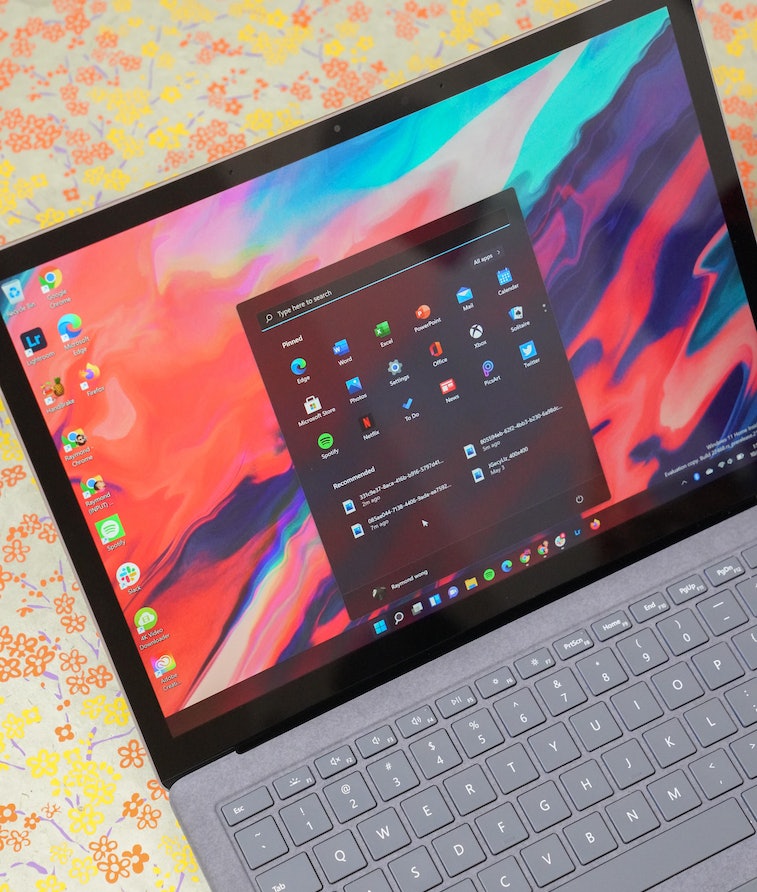 The problem with an update as significant as Windows 11 is that you can’t please everyone.

Blow everything up in an attempt to reinvent things and people will be upset that you’ve messed with what already works. Slap a fresh coat of paint to jazz things up and people will complain that it’s just skin deep.

You will either upgrade to Windows 11 because you like what you see (it’s also free for Windows 10 users) or you’ll stick with whatever version of Windows you’re using because, hey, it works just fine. Neither is a wrong decision.

I mostly like Windows 11. While I can’t say every change is for the better, I do think the updates that Microsoft has made to its 35-year-old operating system are much-needed ones. Instead of starting from scratch, Windows 11 tweaked Windows 10 to make it prettier, easier to use, and more versatile for work and play. A repeat of the disaster that was Windows 8, Windows 11 is not.

While Microsoft is pushing Windows 10 users to upgrade to Windows 11, zooming out and looking ahead, it’s clear the revamp is a stepping stone towards winning the next billion Windows users. The next billion users — the ones who have yet to pledge allegiance to any OS — will not tolerate the ugliness and complexities that Windows has been hauling around for over 35 years. Design matters. Thank god Microsoft finally realized this.

Windows 10 is a very flat OS. It’s all sharp corners and straight lines. Windows 11 borrows a page from macOS, rounding window corners and generally giving the entire system UI a — for lack of a better word — bubblier appearance. There are a few other places you’ll notice changes: themes and new sounds. These aesthetic changes are strange if you’re used to Windows looking purely utilitarian.

The reason I enjoy using Windows 10 is that it’s so minimal; animations are not extravagant to the point where they obstruct functionality and responsiveness. I’m happy to say Microsoft has added just the right amount of visual flair to freshen up Windows 11 with curves and translucencies without going off the deep end into Vista territory.

I didn’t like the new centered taskbar or the new Start menu when I installed the first Windows 11 beta back in June. But after a few weeks of resisting the temptation to realign it back to the lower-left corner, it no longer bothers me. The centered taskbar and the redesigned Start menu sans Live Tiles that emphasizes pinned apps and recommended apps and files is the most notable UI/UX change to Windows 11 and it will take some getting used to. Even as a longtime macOS user who’s used to a centered dock of app icons, the centered taskbar threw me off. Maybe it’s because the System Tray area is in such close proximity to apps in the taskbar; the entire taskbar feels unbalanced. Open a lot of apps and the apps get pushed to the left until there’s no room and things feel really cramped.

While you can shift the entire taskbar of icons back to the left, Microsoft has made the peculiar decision to make it less customizable. You can no longer change the height of the taskbar; you can’t align it on the left, right, or top of your display; and you can’t change the sizing of the icons. These feature regressions make no sense. Power users are going to be very annoyed.

Another annoying thing: You can’t move the Widgets and Chat app (Microsoft Teams) — they’re always to the right of the Task View icon. There’s a setting to not show them in the taskbar, but it’s all or nothing. Why the rigidness, Microsoft? Why?

Apparently, a lot of people don’t know how to snap windows to one half or quarter of their desktop just by dragging them to the top, sides, and corners. In Windows 11, there’s a new feature called Snap Assist that makes this windows management easier. Hover over a window’s maximize button and you’ll see options to snap it to different areas of your desktop. It’s a nice feature for beginners but does nothing for veteran Windows users like myself.

One of Windows’ most-used apps was in desperate need of a visual overhaul. The File Explorer in Windows 10 was an infestation of different-sized icons in the Ribbon/toolbar. The UI eyesore has thankfully been simplified with modern and consistent iconography and the folder icons no longer resemble ones from Windows XP. Most important of all, navigating and managing files within the new File Explorer doesn’t make you want to punch a hole in your computer monitor. It’s less bloated and easier on the eyes — it’s how things should be.

In addition to the new File Explorer, Microsoft has revamped many of Windows’ default apps like the Settings, Snipping Tool, Mail, Calendar, MS Paint, and the Microsoft Store (to name a couple). Like the new File Explorer, there’s new iconography and simpler toolbars to make these native apps look and feel more modern. Poke around long enough and you’re bound to find a whole bunch of small changes in the default Windows apps.

Android apps not ready yet

I was looking forward to using Android apps on Windows 11 — who doesn’t want to use Instagram or TikTok on their desktop instead of reaching for their phone? But unfortunately, Android app support isn’t ready yet; Microsoft says it’s coming as a “preview” in the “coming months.”

Microsoft is bringing Android app support to Windows 11 in a very confusing way. First, you will need to use an Amazon account to download apps from the Amazon Appstore, which as you can tell, is not the Google Play store. That means you’ll only be getting access to whatever is available from the 500,000 apps in the Amazon Appstore (a limited selection of apps with most of them being junk) and not the full wealth of 3.5 million-plus apps in Google’s store. And then second, there’s the matter of how these Android apps will run: via Intel Bridge Technology that essentially translates the ARM-based apps for a PC’s x86-based architecture.

Without testing, I have no clue how well Android apps run side-by-side next to native Windows apps. Will the experience rule? Will there be some crippling issue(s)? Who knows? But I really want to find out… whenever Microsoft adds this functionality.

There’s a slew of features in Windows 11 that would take me forever to detail like increased privacy settings and better performance and tab management in Microsoft Edge, smarter docking/undocking with external monitors (Windows 11 remembers where you placed your windows), more robust Xbox features with Xbox Game Pass Ultimate, and a litany of accessibility features.

Not everyone will make use of these features, and thus, appreciate them. But if you do, they’re going to make your life just a little easier. Some of the changes (like the loss of taskbar options) are baffling, but relatively minor complaints that will either be addressed by third-party software or hopefully will be added in by Microsoft in future versions. (Let’s be loud and vocal about what we like and don’t like!) The upgrade path — PC hardware requirements — is still a mess, but if you’re on Windows 10 and your PC is compatible, Windows 11 is a free download starting on October 5. Few people are gonna turn down free unless they’ve got some special app or workflow that doesn’t work with Windows 11.

Everything Microsoft has updated adds up to an operating system worthy of a new numeral. Windows 11 is a good OS. Not a perfect one out of the box — no OS ever is — but a solid (and necessary) revamp for Windows if it’s to last another 35 years.