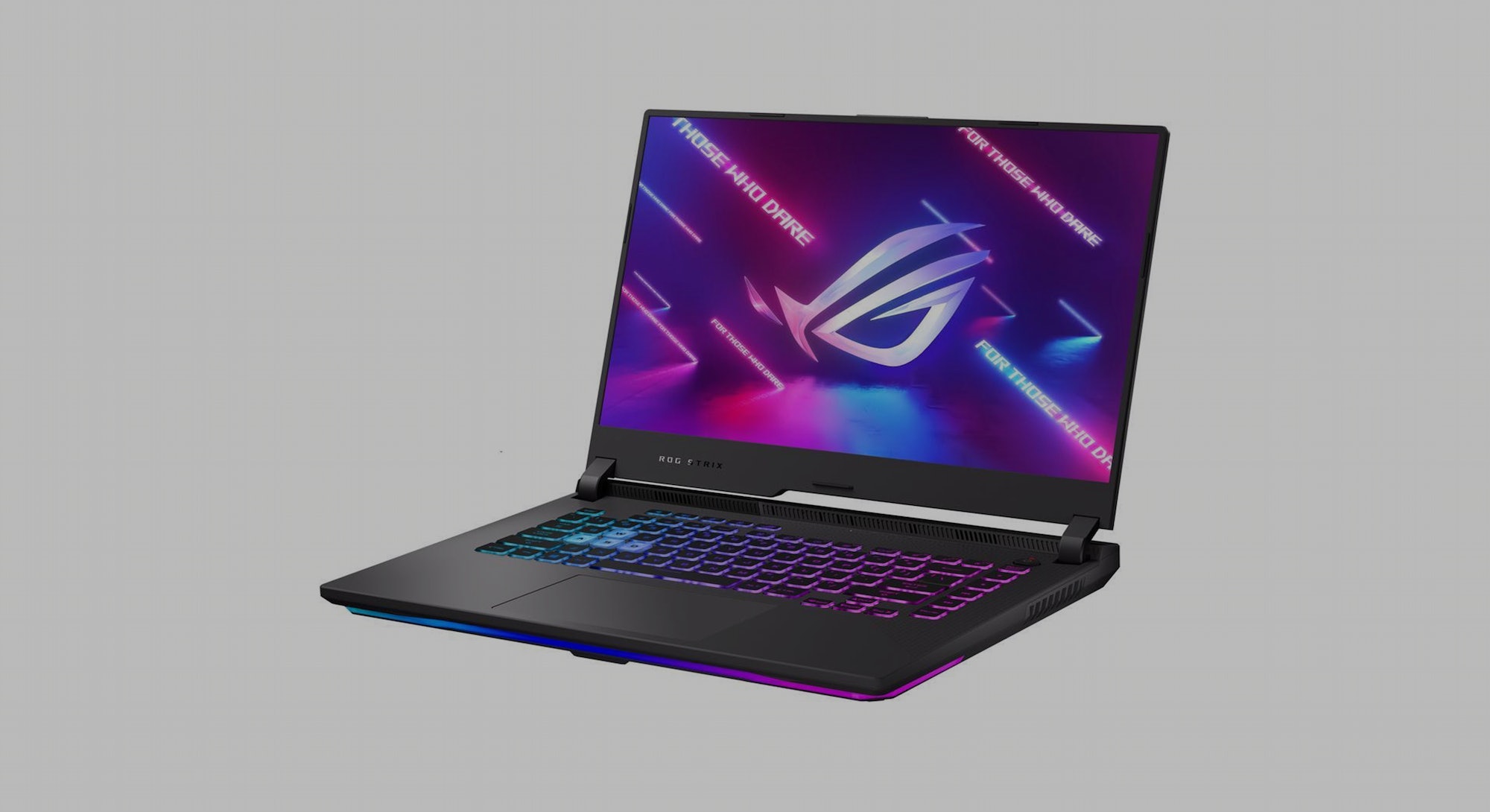 To even consider competitive PC gaming, you have to aim for at least a 1080p resolution and 60hz refresh rate.

The main areas where you could cut costs are with RAM (because it’s expensive), the GPU (also expensive), and the display resolution and refresh rate, along with other bells and whistles. Now, making a budget gaming desktop considering chip shortages is hard enough, but finding a budget gaming laptop to just get a taste of the PC gaming lifestyle can be just daunting.

Here are some of the specs an informed budget gaming laptop shopper should be looking out for: an Intel Core i5 processor (maybe an AMD Ryzen chip) or better, 8GB of RAM, an Nvidia GTX 1650Ti graphics card or RTX 30 series (if you want to consider ray tracing), and a healthy set of ports so that you can make your gaming experience more enjoyable with peripherals. Storage tends to hover around 512GB for SSDs and 500GB or better for regular hard drives.

However, in exchange for the base parts that make up a computer, you’ll be sacrificing some trackpad, keyboard, speaker, and build qualities. Here, it’s all about being able to boot up that game and keep it running at 60FPS or better!

The laptops listed here can suit anyone from a college student, to the parent buying their child a capable laptop, or creatives that plan on using them more like workstations. Check them out!

Tried and true, the Acer Helios 300 is probably your best choice for a budget gaming laptop that can still go toe-to-toe with the more powerful machines.

The Helios 300 has been a solid choice in budget gaming laptops for the past few years. The year 2021 is no different, with the Acer cramming in a Core i7, RTX 3060 graphics (a great find at this low price point), 16GB RAM, an SSD for storage, and to sweeten the deal, a 15.6-inch 1080p 144hz screen that does justice to your games. Personally, I'd go for this one.

This one is for the AMD fans who are also on a budget. For just under $1000, the G15 Ryzen Edition can just get by with a RTX 3050 graphics card. You won’t be maxing out Crysis 3 on this, but you’ll be able to boot it up.

The AMD version of Dell's more-affordable-than-Alienware offering, the G15 Ryzen Edition adds more for the buck then its Intel counterpart in terms of processing power. If you like the Dell Gaming aesthetic — what I like to call "Edgy Inspirons” — and appreciate the price point, this could be a solid choice.

The laptop with the lowest starting price here, the Dell Gaming G15 is definitely more affordable than other gaming laptops. But the specs that really matter and improve the experience only come in at around the $1000 mark.

Why doesn't Dell offer a smaller, more budget-friendly Alienware gaming laptop like it did back in 2010 with the Alienware M11x? I'm not sure. However, the American hardware company currently offers the Gaming G15, a gaming laptop that fills that exact need to be cost efficient but capable.

The base model runs you $699 and comes specced with an Intel Core i5 chip, GTX 1650 4GB discrete graphics, 8GB of RAM, and a small but upgradeable 256GB SSD. Display-wise, you'll be gaming at 120Hz on a 15.6-inch FHD screen; good enough to keep with the action happening on screen.

I'd personally recommend the better specced versions of the G15, but for only $699 you can get your hands on a gaming laptop that can probably play some AAA games on medium settings.

I want to see that 250 nit brightness for myself. A gaming laptop with a screen that isn’t bright enough or doesn't have solid color reproduction can be a let-down, but everything else about the IdeaPad Gaming 3 sounds good on paper.

In terms of gaming laptop specs, I think Lenovo’s IdeaPad Gaming 3 is a solid middle ground. The base model gets you a 120Hz, 250 nits, 1080p HD screen with Nvidia GTX 1650 graphics and 8GB RAM. It’s definitely not cutting-edge, but you can store your games on its 256GB SSD while keeping documents on the 1TB hard drive. AMD’s hexa core Ryzen 5 5600H processor is the brains behind the whole operation, which I also appreciate at this price point.

If you said there was no budget involved, I’d say the MSI GF63 Thin could be one of your options. Sub-$900 variants of it are enough to play modern games on low-medium settings, but spend a little more and you’ll get a big performance increase.

If you want a preview of what ultrabook gaming is like, the MSI GF63 Thin is your sub-$1000 ticket to that. It doesn’t have RTX graphics, instead opting for a GTX 1650Ti, but it makes up for it with its thinness, a Core i5 processor that is more than good enough for PC gaming, and a 256GB SSD. For just $799, it’s a pretty good deal regardless. Plus, the higher-specced (and yes, more expensive) GF63 Thin variants fix things like the paltry 8GB RAM and storage.

This is the PC gaming lover’s laptop. Thick, heavy at five pounds, and full of what are somewhat high-end specs. Medium-high settings on AAA games with this one, easily. Plus, a plethora of ports.

If you want the most outspoken gaming laptop, then get the ROG Strix G15 from ASUS. Hands down, the Strix line has always been loud, but the Strix G15 really tells people you love RGB: the entire keyboard and front lip has backlit RGB lighting.

The Strix G15 is also one of the few laptops listed that have RTX 3060 graphics. The ASUS laptop here has an AMD Ryzen 7 chip, 16GB RAM, 512GB SSD, and a wicked 300Hz 15.6-inch IPS high definition screen. This is dangerously close to being the best laptop here, if not for the fact it’s also one of the heaviest, weighing in at 5 pounds.

I’m not feeling the Lenovo too much, only because you can get better specs for a similar price point at MSI or Acer, in both processor and graphics departments. So why look into it? Well, that keyboard comes from Lenovo so it’s bound to be good. Plus, the display is color accurate.

I’m actually more familiar with Lenovo’s Legion gaming laptops than their IdeaPads and that’s because they’re actually gaming focused. On paper, I wouldn’t mind owning a Legion 5, just like the Acer Helios 300. However, the starting spec is limited by its graphics card, the RTX 3050, compared to the Acer’s better performing RTX 3060. Still, having AMD Ryzen 5 processor, 8GB RAM, 256GB SSD, and Windows 11 out the box is great value even compared to the pricier Acer laptop.

I am a grown man who is more excited to use a pink gaming laptop in public than any other color. Why? Just look at it! It looks good. If you can’t make your competitors rage quit with your own epic gameplay, then let them envy your pink PC.

I'll admit this isn't the most gaming-oriented laptop in this list, but it's the color of this and its high-end build quality that make it stand out. Razer even committed to making its brightly-colored Ultrabook pink down to its screws. I've reviewed it in the past and can tell you, it's quite the sight to behold.

It's specced out with Windows Hello login, eGPU support via Thunderbolt port, a Core i5 processor, and a 13.4 inch screen that boasts 100 percent sRGB color reproduction. This is definitely the thinnest laptop on this list, but just remember you'll be stuck with Iris Xe integrated graphics because of that. Unless you really like playing League of Legends, you might want to look for something with more power.