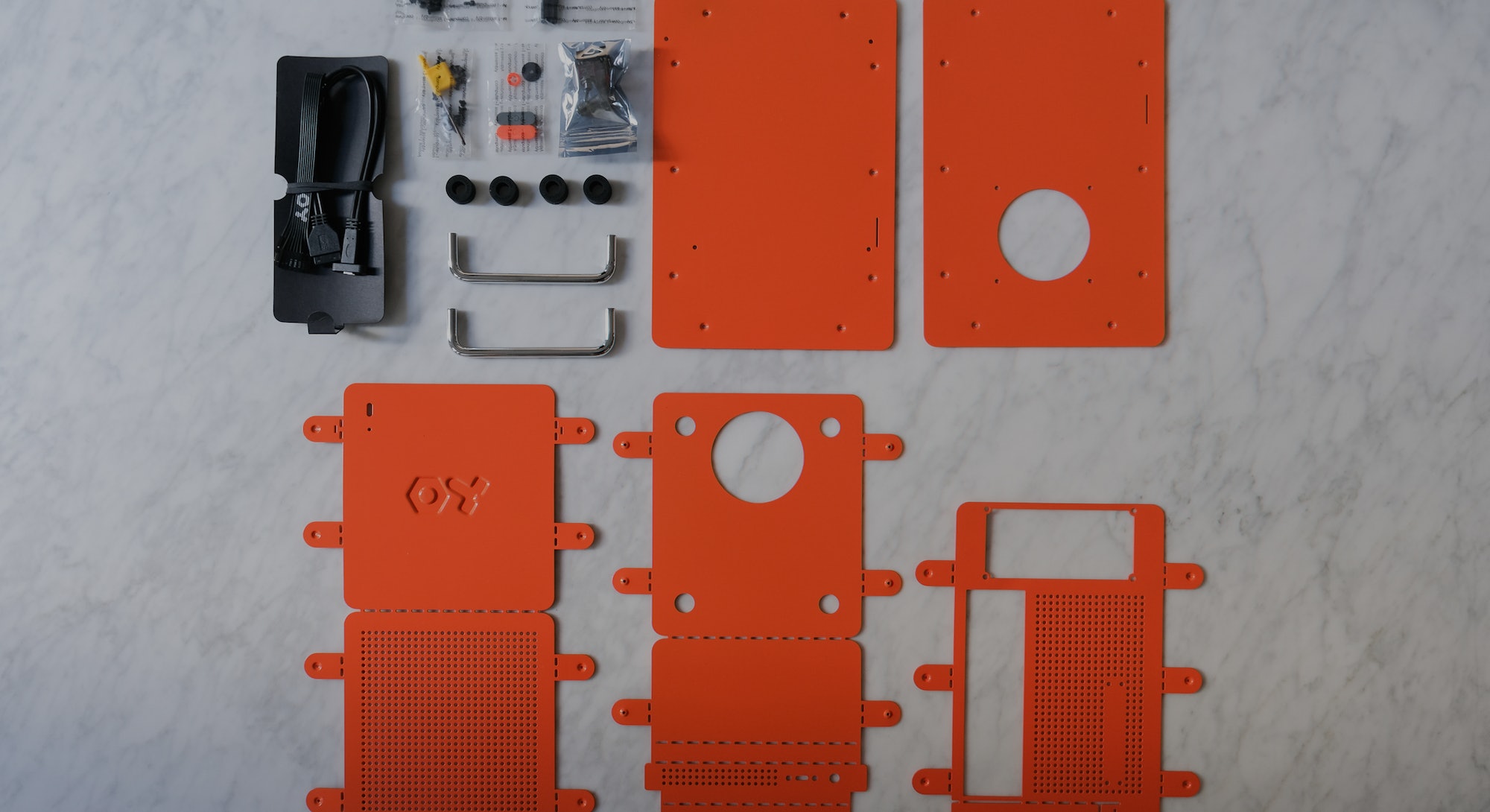 The current state of PC desktop design is horrendous. Almost everyone’s PC — gaming or not — looks like gaudy rainbow vomit.

Blame YouTubers or Twitch streamers or the infinite desk setup photos on Instagram that serve as inspiration for everyone’s aesthetic. Instead of using other peoples’ PC designs as a jumping-off point, everyone just copies — they buy the same minimalist NZXT towers and configure the RGBs accordingly. Look, me uWu!

Every corner, curve, perforation, and feels Dieter Rams-ian in its restraint.

Its compact aluminum chassis comes in flat-pack form, requiring you to bend the metal sheets into shape; the Computer-1 reminds me of Ikea’s Helmer drawer unit, including the handles for transport. It looks and feels mechanical, engineered, and showy (but not too much). The bright powder RAL 2004 orange (aka “pure orange”) paint job is visually tantalizing, and a much-needed breath of fresh air from the dystopian white, black, and silver PC cases under everyone’s desks. Every corner, curve, perforation, and feels Dieter Rams-ian in its restraint.

The computer-1 is also expensive ($195) — and sold out. We were lucky enough to grab one before it sold out within the first 20 minutes. Clearly, there’s pent-up demand for a PC case that’s actually beautiful.

By the time you read this, we’ll be knee-deep bending and transforming this mini-ITX case into the most powerful gaming PC its dimensions — and our wallets and the supply chain of available components — will allow us to piece together. (We’ll have a separate guide on the PC build process soon with all the PC parts we went with.) So this isn’t a review of the computer-1’s functionality as a ray-tracing-capable gaming PC, as it is an unboxing and appreciation of pretty packaging — both the cardboard and the metal frame. It’s all so delightful.

I was somewhat concerned when the computer-1 arrived. The packaging is so thin and so light I thought for sure something was missing. Nope — everything you need to build the computer-1 comes in a single minimalist package that contains three boxes inside.

You won’t need a screwdriver. There’s a hex key included in the box (that’s the yellow thing in clear packaging in the above photo.)

At first, I didn’t realize there was a small instruction manual stuffed into one of the boxes. Even if you miss it, you can download the computer-1 manual on Teenage Engineering’s website.

The aluminum sheet metal is shockingly thin. The manual cautions users “think twice, bend once!” which suggests to us that the metal is fragile. Bend too much and you might break the pieces. So make sure you’ve read the instructions correctly and bend carefully. You might not get a do-over.

You can’t see it in these images, but there are some very minor dents in the metal panels, likely from bruising during shipment. Though the brown shipping box the computer-1 comes in is about five times as wide, it could have used more bubble wrap or packing paper to protect it during transport.

The computer-1’s mini-ITX form factor limits the amount of raw power (read: GPU) that can be stuffed inside of its cramped insides. While Teenage Engineering didn’t design the computer-1 for gaming, we’re going to build a gaming PC out of it anyway. Because why not? A PC case with this kind of showstopping design deserves the very best it can handle (again, and what we can procure considering the ongoing supply chain issues and GPU price gouging).

Can the computer-1 handle the amount of performance we’re gonna throw at it? Or will it literally flame out? Teenage Engineering better have tested this thing, because we’re about to push it to its limits to find out if mini-ITX was the way to go or maybe it should have gone bigger with ATX.

Oh, and yes we bought the awesome 1:1 square computer monitor (1,920 x 1,920) that Teenage Engineering uses in its product photos to match the computer-1. We had to. It wasn’t cheap.