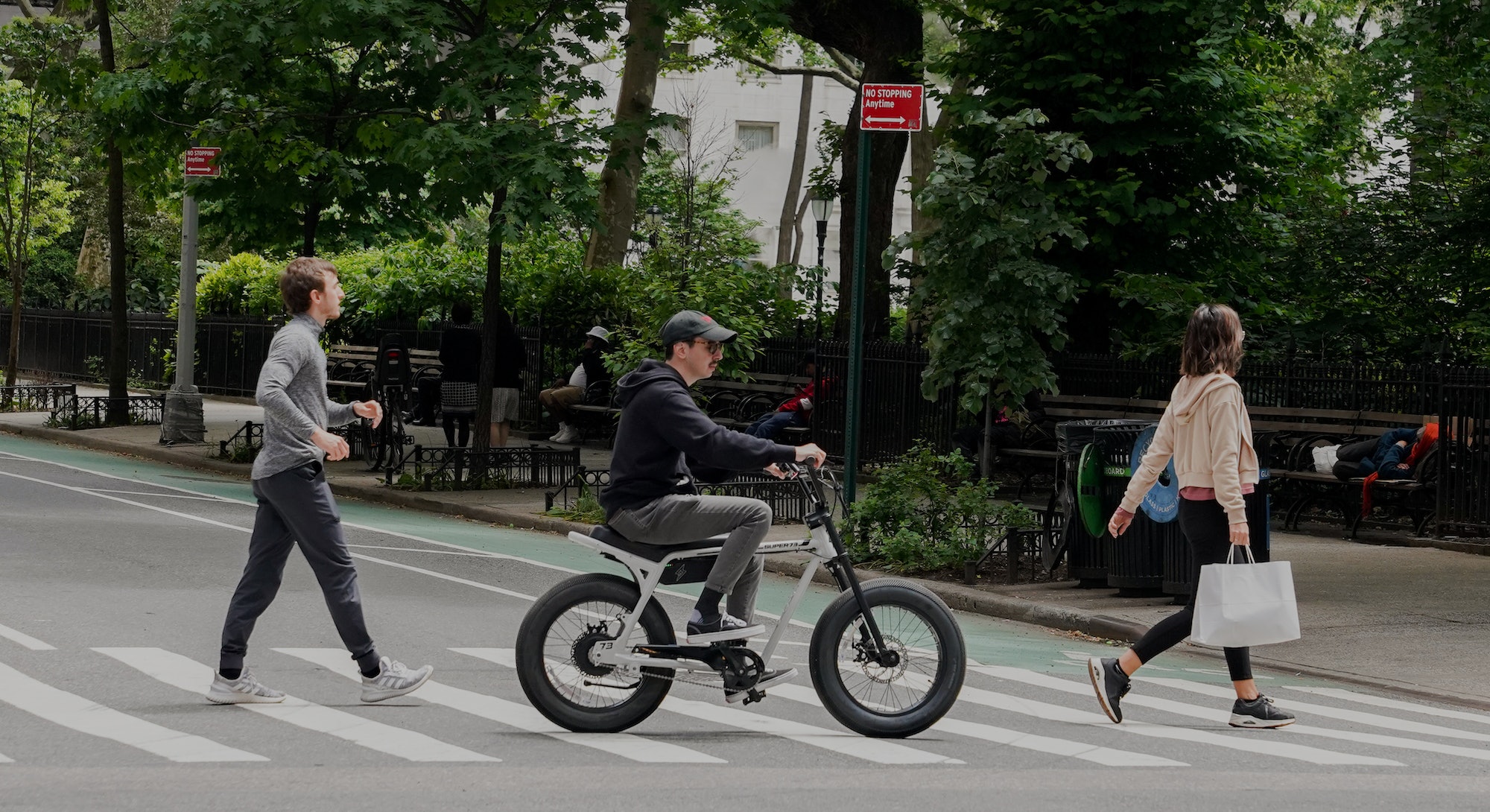 Ever had a bad commute? I have. In a car; on a train; heck, as a denizen of New York City, I’ve had bad walking commutes. I’ll spare you the smelly details.

Speaking of smells, commuting, as a general rule, stinks. It’s purgatory. It’s the thing you do before the thing you’re trying to do. At its best, it’s waiting. At its worst, it’s a biblical level of transit-based suffering. Like many kinds of pain in this world, however, technology has a salve — in this case, an old solution, turned new. I’m talking about electric bikes, or more specifically, Super73’s electric bikes.

Super73 has made a name for itself in a crowded electric mobility space, collecting accolades from the likes of Casey Neistat and finding its e-bikes under the butts of celebrities like Justin Bieber. Its iconic low-set, retro-futuristic frame, and luxurious bench-style seat make its two-wheelers instantly recognizable. But looks —while endlessly valuable for attracting customers — do little to quell the sticker shock of most newcomers looking to invest in a brand new e-bike.

Super73-Z Miami is a light-ish commuter e-bike with a low-set seat and big, stable tires.

Owning a Super73, on average, will run you about $2,000 — a hefty sum for most consumers, especially those in pursuit of a new two-wheeled toy. A price like that isn’t atypical in the world of electric bikes, but context doesn’t change the fact that two grand is two grand. I can’t speak for everyone, but a sum like that isn’t just fun, flirty, Jesus-take-the-wheel money; it’s big, bold, I mean business money. If I were to spend that much on a new e-bike, I want — nay, need — it to fulfill a purpose.

Which beckons the question: What purpose does a Super73 electric bike fill?

Riding down 5th Avenue on Super73’s-Z Miami, I feel two things: fear for my life, given the fact I’m riding an e-bike in bumper-to-bumper traffic, but primarily, I feel pure, unadulterated elation. In this particular traffic clusterfuck, I’m beating the system.

The Super73-Z Miami is the company’s new addition to its Z-series lineup. One of the biggest changes here is the e-bike’s light frame, which is made from aluminum. The frame obviously makes the e-bike easier to manipulate while you’re not riding, but it also makes the riding experience feel airy and agile. Which — back to my jaunt down 5th Avenue — is important if you’re weaving in and out of tempestuous NYC traffic. The whole e-bike weighs about 59 pounds, which for an e-bike of the Miami’s specifications, isn’t bad. I carried it up a few subway steps as a test, just to prove that it is doable if you don’t mind breaking a little sweat.

Just like how the Terminator’s T-800 is built to destroy, Super73’s Miami is purpose-made to mow down most concrete commutes. “Retro Urban Tires” measure four inches wide and come with compact treads, while a smart display integrated with Super73’s app can give you turn-by-turn navigation.

While I didn’t get a chance to test the Miami’s smart display (an unregistered review e-bike prevented me from using the app), I can say with certainty that the tires passed the urban commuting exam with flying colors.

Even with a foe as formidable as New York City’s decrepit infrastructure, the Miami was able to get me up and down Manhattan with ease. Thick tires helped me cruise over rocks and crags, and even glide safely over speed bumps. When I needed to cross the threshold from street to sidewalk, the Miami chewed up the curb like it was made by Gerber.

I can assure you that the Miami has what you need to keep going.

High top speed/acceleration usually connotes danger, but I’ve come to learn (in my e-mobility pursuits) that commuting environments, where riders are thrust into sandwich-like situations with cars, trucks, and disgruntled cabbies, require the ability to speed up and stay moving on a dime.

I can assure you that the Miami has what you need to keep going. I zipped in and out of traffic, around slow movers in the bike lane, and careened around careless pedestrians. For those times when you need to slow down, the Miami also has various speed settings. You can even cosplay as a regular bicyclist with four levels of pedal assist, though frankly, I’ll always be a thumb throttle kind of person. Who am I trying to fool, anyway?

I should note that the Miami’s highest speed setting is called “off-road” mode, suggesting that one shouldn’t have it activated while zooming around town. Between you and me (and everyone else reading this review), I had the highest speed setting (up to 28 mph) engaged at some point during all of my test trips. Just because I can go over the 25 mph e-bike speed limit doesn’t mean I will. (Narrator: He definitely went over the speed limit.)

Here are all the speed modes at a glance:

Range may vary during your riding experience. According to Super73, the e-bike gets an estimated 30 miles on a single charge, though obviously, that depends on how fast or slow you decide to cruise. With Class 1 pedal assist activated, Super73 says riders may get more than 50 miles on a single charge. For the vast, vast, majority of commuters, that should be more than enough juice to get you round trip and then some.

So there it all is: the specs, my experience, and a bit of colorful commentary. I tried to find something to dislike about the Miami, but honestly (outside of the drab gray color I was loaned for review) I came up short. Then I remembered: I also didn’t pay for this e-bike.

Chances are, if you’re reading this, some part of you is considering putting down the big bucks to own a Super73 or an e-bike just like it. You want to know if you should pull the proverbial trigger. I’d like to answer that question with another question: Why not?

Nothing will change the fact that $2,000 is — for most of us — a hefty sum to spend on an e-bike, but if you live in a city where commuting in a car just isn’t worth it (plus, gas prices anyone?), there’s never been a better time to own an e-bike like the Super73-Z Miami. Do your research, of course. If you need more range, seek that out; if you need cargo space; you can find it. But for most, that $2,000 will do exactly what it’s meant to do: commute your sentence to commuter hell.