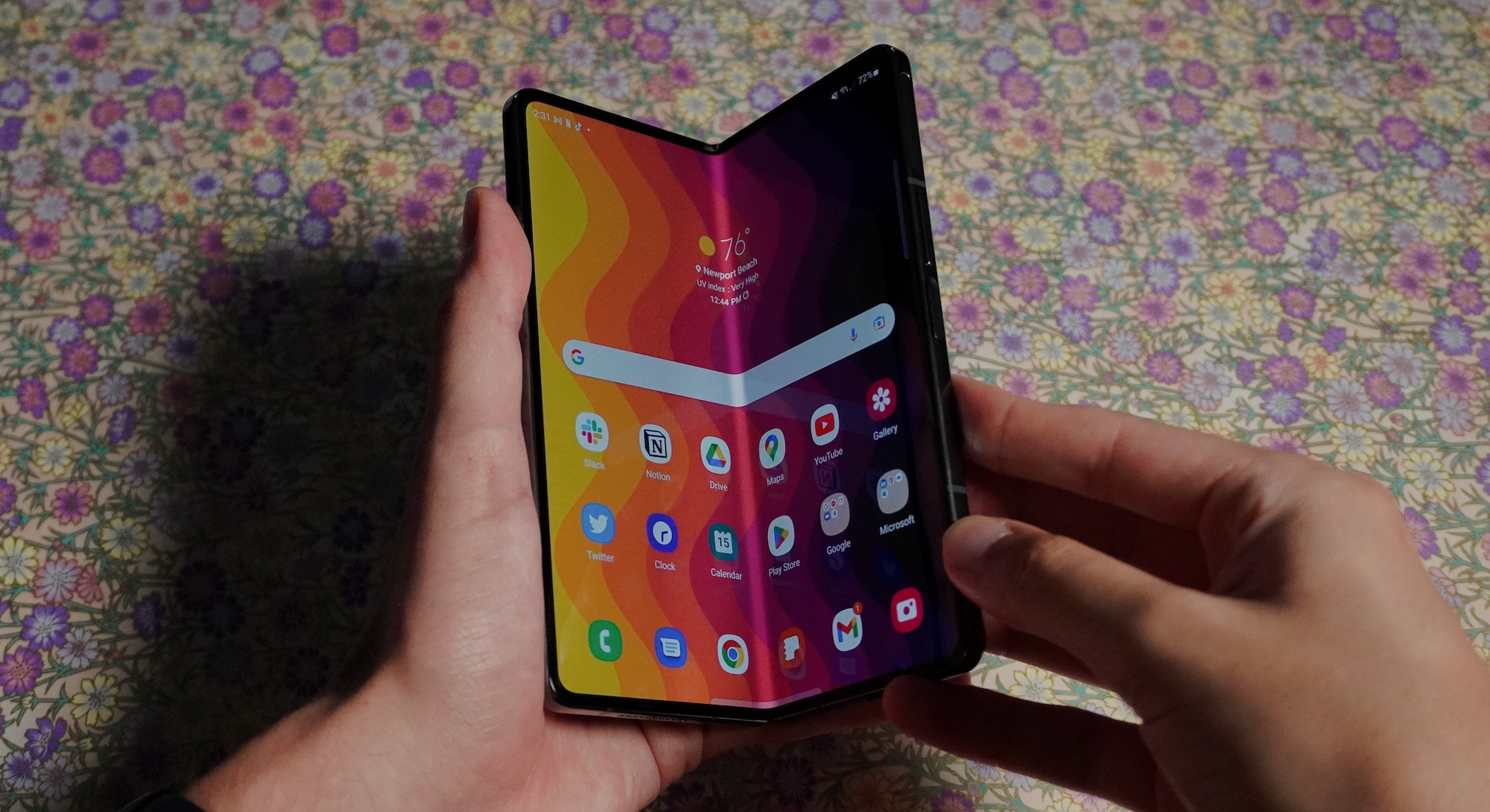 I’m surprised how quickly the Galaxy Z Fold has started to feel like Samsung’s Galaxy Note.

Maybe it was adding support for the S Pen with the Galaxy Z Fold 3, but Samsung’s first and largest foldable has begun to feel more extraneous and more niche the more work the company does to make it aesthetically pleasing and impressively durable. It feels like the best part of the Z Fold form factor — the larger screen — might be better applied in a different device altogether, just like the stylus of the Galaxy Note.

Unsurprisingly, the Galaxy Z Fold 4 is the best version of Samsung’s large-screen, mini-tablet-in-a-phone it’s made yet, but it’s also conservative. It's a minor improvement over last year’s Fold 3, and really more of a product for the adventurous, first-time foldable buyer than someone who’s already convinced folding glass is the future of our pocket computers. A breakthrough for the Fold form factor, the Fold 4 is not. But at the same $1,799 price as the Fold 3, the Fold 4 is still a unique and genuinely useful experience if you can afford it.

Samsung's newest Fold has wider screens and a smaller hinge, but it's best qualities have long been foldable standards.

Smaller size — The Galaxy Z Fold 4 knows which way the wind is blowing. Flatter edges are in, and just like on the Galaxy S22 lineup from earlier this year, the Fold 4 is shaping up and reducing its curves. Samsung has done its part to make the Fold 4 more compact by making minor reductions to the size of the all-important hinge, and the weight of the phone (8g lighter at 263g compared to the Fold 3's 271g).

Wider screens — With these minor tweaks the Galaxy Z Fold 4 is able to squeeze in a slightly different screen experience. The Fold 4’s candy bar-shaped 6.2-inch cover screen is 2.7mm wider than the Fold 3, and when you unfold the phone, the 6.7-inch inner screen is technically 3mm wider than last year’s model, too. Do either of these functionally change how you use the Fold 4? No, but much like the added screen space that comes from shrinking the size of the notch on the iPhone 13, smaller bezels make the Fold 4 look nicer, and the slightly tweaked dimensions feel more comfortable in the hand. The skinny TV remote dimensions of past Folds were never ideal.

Better 'hidden' camera — The Under Display Camera or UDC as Samsung calls it is technically improved on the Fold 4, and objectively, Samsung is correct to highlight it. Looking at the Fold 4 when it’s unfolded, I do notice the strange circle of darker pixels less than I did on the Fold 3, especially in apps that use a lot of one color, whether it’s Chrome or YouTube. Is it totally invisible? Absolutely not, but it’s improved, and anyone joining the Z Fold family for the first time will be distracted even less by this year's UDC thanks to the new “scatter-type sub-pixel arrangement” Samsung is using.

What’s less improved is the camera itself. It’s still grainier and lower resolution than anything you’d capture with the selfie camera on the cover screen, and still only a measly 4 megapixels. If you’re coming to Samsung’s foldables for the first time, it’s totally serviceable for a Zoom or Google Meet call, but you’re not going to look the best of your friends or co-workers, that’s for sure.

Minor foldable software updates — The Galaxy Z Fold 4 ships with several software improvements to make the foldable experience a bit more manageable. The biggest one — which is technically part of Google’s Android 12L update — is the taskbar, which basically functions as the iPadOS or macOS dock for your Fold 4.

The taskbar follows you from app to app (it can be hidden or unhidden with a long-press) and can be customized with whatever apps you choose, including the ones you use most frequently. Dragging an app from the taskbar lets you set two or three app windows side-by-side for multitasking, just like on iPadOS. Samsung even lets you save app pairings so you can hop back into them from the taskbar next time you’re working on your Fold 4.

Optimized apps are a big part of what makes using the Fold 4 feel like a tablet rather than a stretched-out phone, and now Outlook, Google Meet, Facebook, YouTube, and Netflix can be counted as apps that play nice with the Fold 4’s dimensions. Implementations vary, sometimes it’s just about displaying extra information in a new column like in Outlook. Other times apps also take advantage of Samsung’s Flex Modes for putting playback controls or video information on a separate half of the screen while the video takes up the other half.

The Flex Mode Touchpad, the newest Flex Mode add-on, is also one of the goofiest additions Samsung’s made to the Fold 4 and Flip 4 this year. Basically, if an app supports Flex Mode (or you force it to in settings) you can use the bottom half of the Fold’s screen as a laptop touchpad, complete with a cursor. It’s not super useful given how narrow the Fold 4 halves are, but it is kind of fun to use.

What’s not so new

The foldable lifestyle — Despite the new tweaks, the overall experience of using Samsung’s foldables hasn’t changed with the Galaxy Z Fold 4. The crease is still there, visible in certain light, but really more of a thing you feel than see. There’s a learning curve to using the foldable, and you have to figure out how best to work with the Fold 4’s inner screen, but thankfully all of the multitasking features are actually pretty intuitive to figure out.

My best days with the Fold 4 usually combined video watching on one half of the screen and web browsing or note-taking on the other (S Pen support is still present on the Fold 4 but the stylus is sold separately). Sometimes I even went a little wild and had Feedly, Slack, and YouTube open at the same time. It’s not revolutionary if you’ve used a tablet before, but it’s cool I can do it on a phone that folds to fit in my pocket.

The general usability of the Fold 4 is partially thanks to the updated internals. The Snapdragon 8+ Gen 1 chip that powers the device never really stuttered during any of the workloads I threw at it, and doing my usual mix of web browsing, messaging, and gaming was as smooth as any other phone. Battery life, while not ridiculously long, was respectable too. I always made it through the day with around 40 percent battery to spare. Not necessarily enough to get through two full days, but not bad either.

Flagship camera — If you’ve used any of the camera systems on Samsung phones from the last two years, you probably have a pretty good idea of what to expect from the Galaxy Z Fold 4. The foldable is using a pretty similar selection of camera sensors as the Galaxy S22+ I reviewed earlier this year.

There’s a 50-megapixel wide, 12-megapixel ultra-wide, and 10-megapixel telephoto, but some of the best parts of taking photos on the Fold 4 are the weird software tweaks Samsung made to the camera app. You shouldn’t drop thousands of dollars just to use your phone as its own tripod, but taking selfies with the back cameras and using the cover screen to preview your shot is never not useful. And you can even trigger your shot with a hand gesture.

Photos from the Galaxy Z Fold 4 are to Samsung’s typically high — and dramatically colored — standards. You’ll get the best results from the wide, but both the telephoto and ultra-wide can get satisfying shots with some work. Images are crisp and clear, with just that added bit of oomph that takes a photo from a Samsung phone beyond reality and into the idealized world of Instagram posts. You won’t find the Fold 4 cameras to be more capable than any other flagship Samsung phone this year, but it's hard to find meaningful complaints.

Who should buy the Fold 4?

Despite Samsung’s ability to sell Galaxy Z Folds and Flips hand over fist, I’m still not sure they’re ready to replace the traditional “slab” smartphone. It's possible they'll never, but will instead exist as an alternative form factor much like 2-in-1s co-exist alongside laptops.

The challenge of the Fold 4 has less to do with the clear technical prowess Samsung has shown improving its foldables year after year, and more to do with the software the phones run. There are some super clever use-cases for the Fold and its hinge, but there’s also no reason they wouldn’t be more at home on a tablet or laptop form factor where you could really take advantage of the added screen real estate. Am I asking Samsung to make a giant Fold-like tablet similar to a device like Lenovo's ThinkPad X1 Fold? Maybe!

The Fold 4 is a polished foldable experience that's only gotten easier and more enjoyable to use.

In fact, I’d argue the only reason Samsung is still straddling smartphones with the Fold 4 is because tablet app support on Android is such a mixed bag. Hopefully, that changes after Google launches its own tablet next year.

In the meantime, the Galaxy Z Fold 4 is a polished foldable experience that's only gotten easier and more enjoyable to use. It’s not the dramatic feature change or price cut Samsung might need to convince more skeptics, but the company also has next to no competition in this space so it can afford to c. (China's foldable scene is a completely different story.) If you’re ready to take the plunge on foldables, and you’re willing to drop a significant sum of money for the cutting edge, the $1,799 Galaxy Z Fold 4 is the best there is.