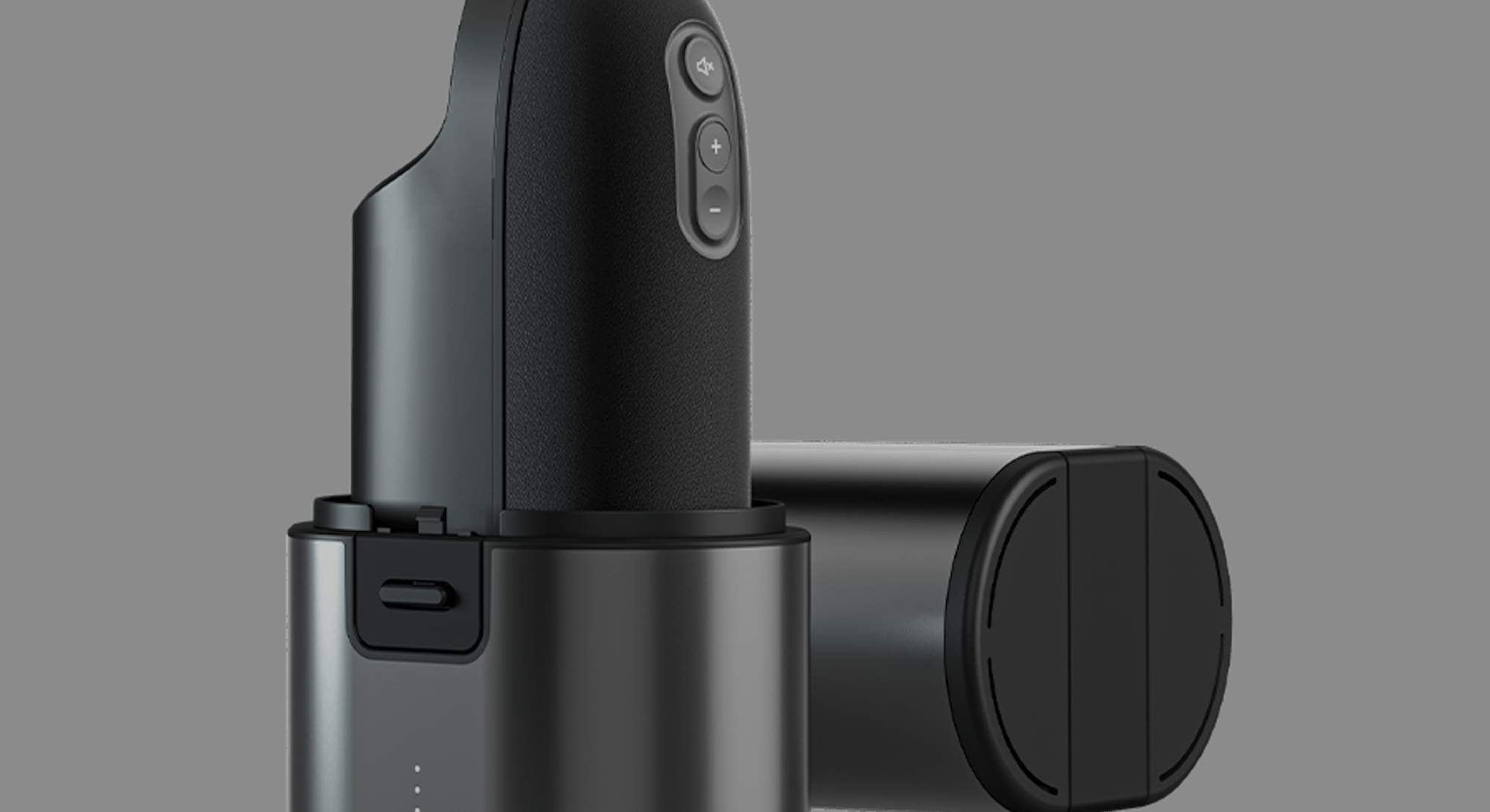 As many people know, I have a penis. I have therefore never experienced a clitoral orgasm. Until now.

Meg Ryan, eat your heart out because I am currently in possession of the Arcwave Ion, a sex toy so mind-blowing that I literally didn't know how to write about it at first. As Kylie Minogue once said, how do you describe a feeling?

First, let's get some things out of the way. The Arcwave Ion is the latest device using Pleasure Air technology — which thus far was relegated to devices catering to traditional female anatomy, like the wildly popular Womanizer.

You can't get this feeling by jerking off.

The device itself is made of ultra-soft silicone, which is a wonderful sex toy material owing to its lack of porosity and therefore cleanliness, and comes with a dark metallic charging case. Honestly, if you hadn't told me it was a sex toy I would likely have thought I was holding some kind of ergonomic game controller. It's also quite discreet both in and out of its case, if that's something you're worried about.

The Arcwave Ion gets just over an hour of battery life (though I think it's probably too intense to be using quite that long — but more on that later) and charges over USB in about two hours. It's completely waterproof, so you can bring it wherever the mood might strike you, and the charging case has some just-in-case drying capabilities in the event you wash it and put it away wet.

With all that out of the way, allow me to rave about what this thing does. I have spent my entire adult life being told that vagina owners have better orgasms than the dick crowd, and I think many people with penises, if they're being completely honest, are curious about what a clitoral orgasm feels like. Currently, there's no real way to experience that outside of obtaining a neoclitoris through gender confirmation surgery. As I don't think that's personally in my future, this little doohickey was my big chance.

Well, holy shit. If this is even a fraction of what the other side is getting... that is completely un-fucking-fair.

Slipping the Ion onto my member was simple enough (the company recommends water-based lube so strongly that they send you a tiny sample of it in a poppers-like bottle) and since the silicone sleeve is so soft and stretchy, it should be a one-size-fits-all solution even for the gifted among us.

You then turn the device on (a long press on one of its three buttons) and set the intensity to one of eight modes depending on how you respond. I am a bit of a freak, so immediately went to the strongest mode. I, personally, did not regret this.

Once everything is in place and turned on the device can make a bit of noise — think a small household drill — but its "Smart Silence" feature means that if your dick shifts and stops muffling the small hole where the air vibrations emit from, the Ion will go completely silent. Nice, but not enough to make anyone brave enough to use something like this if they've got roommates, thin walls, and shame issues.

At first the feeling was subtle… like a small tingle or scratching a satisfying itch. But as the minutes passed by I started to feel a warmth spreading out from my dick and into the surrounding areas like hot fudge on ice cream. Manual stimulation has a sort of rough, utilitarian feeling that I'd never perceived before trying this alternative. Though I can enjoy a little choking and rough housing here and there, I did not miss that aspect of my usual routine.

I started to feel a warmth.

Instead of feeling exertion and the sense of urgency I'm accustomed to, I felt a sort of welling up in my body. Like slipping into a warm bed or stretching out after sitting in an uncomfortable position. Needless to say, I really liked it.

Things continued like this for several minutes before I involuntarily moved on to the main event. The Arcwave Ion gave me an orgasm the likes of which I have never had before in my life (apologies to my husband). I felt the usual relief of cumming but mixed with the long-term ecstasy you get from prostate stimulation. Yet it felt softer and more subtle than both. Once I was done, I was blissed out in a way I usually am not. I'm usually a let's-clean-up-right-now-and-then-go-to-sleep guy. But this was so calming and pleasurable that I sat there long enough to go again.

After round two, I turned off the device, cleaned up a bit, and felt satisfied in a way I didn't know I could. If this is what people with vaginas have on their menu every day, consider me jealous. Also, how do they leave the house? I'm not saying my usual sex life isn't great — quite the contrary — but after using the Arcwave Ion, I spent the rest of my day in that kind of glowy haze that I've only seen post-coital people on TV have.

I plan to add the Arcwave Ion to my permanent rotation. There's just no going back. But this is not the only way I plan to ever orgasm again — there are unique delights to traditional fucking, getting fucked, and jerking off that I don't plan on ever giving up — but it's kind of wild that at 31 years old I just found a completely new setting on my dick.

At $199.99, it's not a cheap date. But for a luxury sex toy, you absolutely get your money's worth. There's no way for sure to know if this is exactly what people with vaginas feel — maybe this is only a fraction of that experience — but I sort of don't care either way at this point. I just know it feels phenomenal.

Now excuse me while I go use it on my husband.

The new must-have sex toy for people with penises.

An Arcwave Ion was provided to Input for review by Wow Tech.