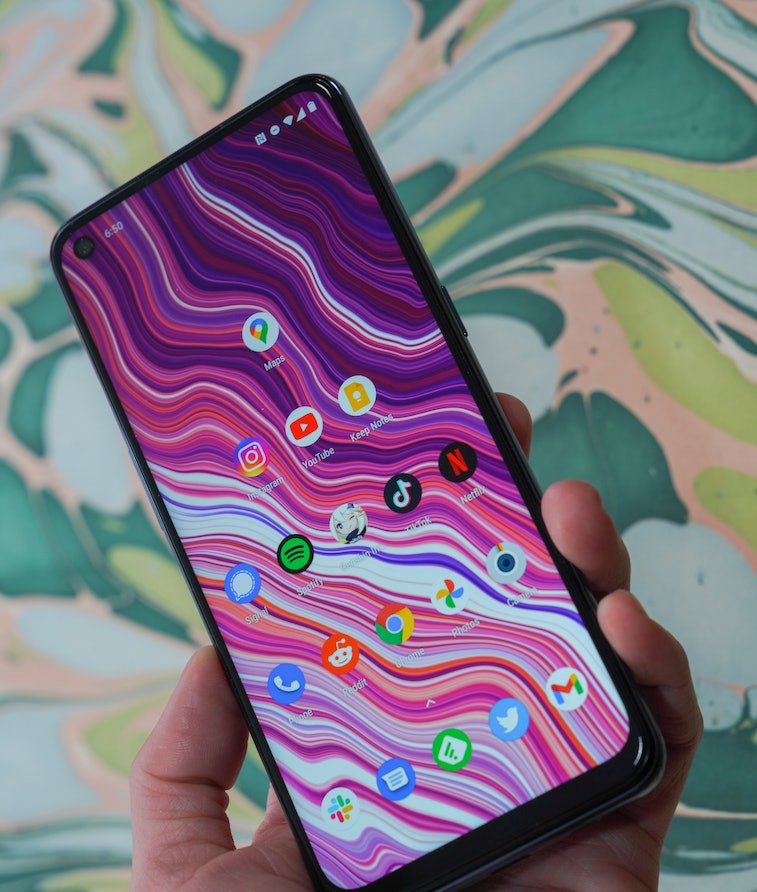 Let me be as blunt as possible: I don’t like the path OnePlus is going down with the Nord N10 5G and N100 launching in North America on January 15.

The respective $300 mid-range and $180 budget Android phones, available in the U.S. exclusively on T-Mobile and Metro, are necessary devices in OnePlus’s strategy for global expansion. But they betray the company’s original ethos and show a growing company that’d rather settle to gain market share.

The N10 5G is part of the Nord family, but it’s a far cry from the original Nord that launched last summer. Whereas the original Nord, which was never released in North America, punched way above its class for a $300-400-something phone, the N10 5G is cheap and unremarkable. Not even its 90 Hz display can mask its many downgrades from other OnePlus phones.

The most underrated phone trend of 2020 was the return of plastic. Google embraced it with the Pixel 4a and 4a 5G. Samsung shamelessly charged $1,000 for the plastic-covered Note 20. But like I said in my Nord review, I don’t hate plastic. It just needs to be nice plastic. The Nord had a glass rear and plastic frame. OnePlus disguised the plastic as metal and fooled me.

But the Nord N10 5G is not made of nice plastic. The “Midnight Ice” has a swirling metallic sheen, but tap on it and it sounds hollow. It also picks up tons of fingerprints and — this is most unusual — more dust than I’ve ever seen on a recent phone. The N10 5G is a cheaply made phone and you’ll know it every time you pick it up because it's covered in dust.

The N10 5G is a cheaply made phone and you’ll know it every time.

It’s not just the physical design that’s bland. The specs are dull too. Though the N10 5G’s display is a large one at 6.49 inches, it’s an LCD, not an AMOLED like on the Nord. Colors and viewing angles are worse, and brightness is awfully poor (440 nits at max brightness compared to 1,000 nits on the Nord). The bezels are also thicker, especially the chin. At least the screen is flat and not curved.

The specs don’t impress, either. There’s a fingerprint reader on the rear; this would normally be welcome but it’s slower than the in-display optical sensor on the Nord and the physical one on the Pixel 4a. The N10 5G’s haptics are terrible; the vibration motor is weaker than on other phones and has one of the most unpleasant buzzes. Thankfully, there’s Warp 30 fast charging (with charger included in box) since there's no wireless charging at all. The phone doesn't have any water resistance, but that's to be expected from a cheap phone.

On the plus side, the N10 5G’s got a headphone jack (now emblematic of mid-range and budget phones) and dual stereo speakers like the Pixel 4a, which are loud even if they’re not the best at max volume; the Nord only has a single speaker.

And then there’s the fact there’s no Alert Slider. A staple on every OnePlus phone, the Alert Slider was one of the most prominent features that differentiated a OnePlus phone from every other phone. It was a signature element of a OnePlus phone. But that got cut, which says a lot about how unsacred that distinction is now.

OnePlus tries to compensate for the 690 chip’s lackluster performance with 6GB of RAM and a display with a 90 Hz refresh rate. For light smartphone use, the extra RAM and faster refresh rate hide the N10 5G’s sluggishness. But open a few apps and try bouncing between them, or playing 3D games like Genshin Impact and you bump up against the architecture’s limitations real fast. The sluggishness rears its head with stuttery animations when you open the app drawer or perform a gesture. This is disappointing since OnePlus has always prided itself on offering performance that blazes past other Android phones.

OnePlus has always prided itself on offering performance that blazes past other Android phones.

Even small, seemingly insignificant things like the 128GB of UFS 2.1 storage is a step back from the faster UFS 3.0 storage in the Nord. This slower read speed manifests itself when an app starts up, loads, and when you’re switching between apps. It’s nice that the N10 5G includes a microSD card slot (the first since the OnePlus X in 2015) for storage expansion, but it’s not enough to make up for what will surely be major performance hits over time.

The only feature that’s solid is battery life. The 4,300 mAh battery is not the largest in a mid-range phone (many have 5,000 mAh or more now), but I have been able to get up to two days on a single charge.

The N10 5G’s quad-lens camera is also as average as the rest of the phone. The rear camera cluster consists of a 64-megapixel main wide lens (that spits out 16-megapixel shots by default), 8-megapixel ultra-wide lens, 2-megapixel macro lens, and 2-megapixel monochrome lens. On the front, there’s a single 16-megapixel selfie camera.

On paper, the N10 5G’s main camera has more megapixels than the Nord’s 48-megapixel sensor. But, the images speak for themselves. The N10 5G cameras can’t compete with the Pixel 4a’s computational photography. The Nord also takes better photos and is overall snappier since it has optical image stabilization on the main camera. If you’re looking for a great camera in a mid-range priced phone, your money is better spent elsewhere.

The below set of photos was taken with the main camera. Notice how N10 5G has worse dynamic range and softer details beyond the center of the frame.

Here we've got an ultra-wide comparison between the N10 5G and Nord. The Nord produces a brighter shot with better dynamic range, but the details aren't always sharper. Peep the street floor. It's sharper in the N10 5G photo and way soft in the Nord shot. If only OnePlus was able to combine these two shots together somehow... oh wait, that'd be the OnePlus 8 Pro's camera.

The N10's no match for the Nord or the Pixel 4a for night mode photos. Google's Night Sight still destroys every phone but the iPhone 12s. The N10 5G takes a decent night shot, but no optical image stabilization (OIS) means the details are mushier and nowhere as sharp.

And, the selfie test. Zoom in and you can see the Nord pic has more detail, better contrast, and more dynamic range. It's also very noticeable how the Pixel 4a software dials up the vibrancy. Maybe too much. Regardless, the N10 5G's selfie is subjectively the worst IMO.

OnePlus used to stand for something: premium design and performance without the flagship price tag. The new OnePlus seems less focused and more interested in becoming an everything brand. A Xiaomi. A Huawei. An Oppo. Another Chinese brand that makes a bunch of cheap and disposable electronics. What even is all this pie in the sky Concept 8T stuff that will likely never materialize?

Spinning the N10 5G in my hand, I see and feel an ordinary phone. On a shelf in a T-Mobile or Metro store, it won’t jump out next to an Alcatel or a ZTE. Have you seen those? They literally look identical to the OnePlus Nord N10 5G. Okay, you get 5G (not mmWave) for $300, but I don’t think that’s a selling point. If your budget is $300, 5G probably isn't at the top of your checklist, especially when it's not even a reason to buy a flagship phone (yet).

The entire experience should be greater than the sum of its parts.

With middling performance, average cameras, and frankly, cheap hardware, the Nord N10 5G is not a phone built to last. You can’t jam premium features like 90 Hz and 5G and downgrade everything else and declare victory. The entire experience should be greater than the sum of its parts.

For OnePlus, the N10 5G is a rare miss in my opinion. It has nothing that truly sets it apart from the other upper budget / lower mid-range phones at retail and everything that makes it unmemorable. If money is tight, I’d recommend the Pixel 4a ($350), Samsung Galaxy A51 ($400), or iPhone SE 2020 ($400) instead. If you can find a way to get the OG Nord, that’s still a way better buy even if you have to pay a little more.