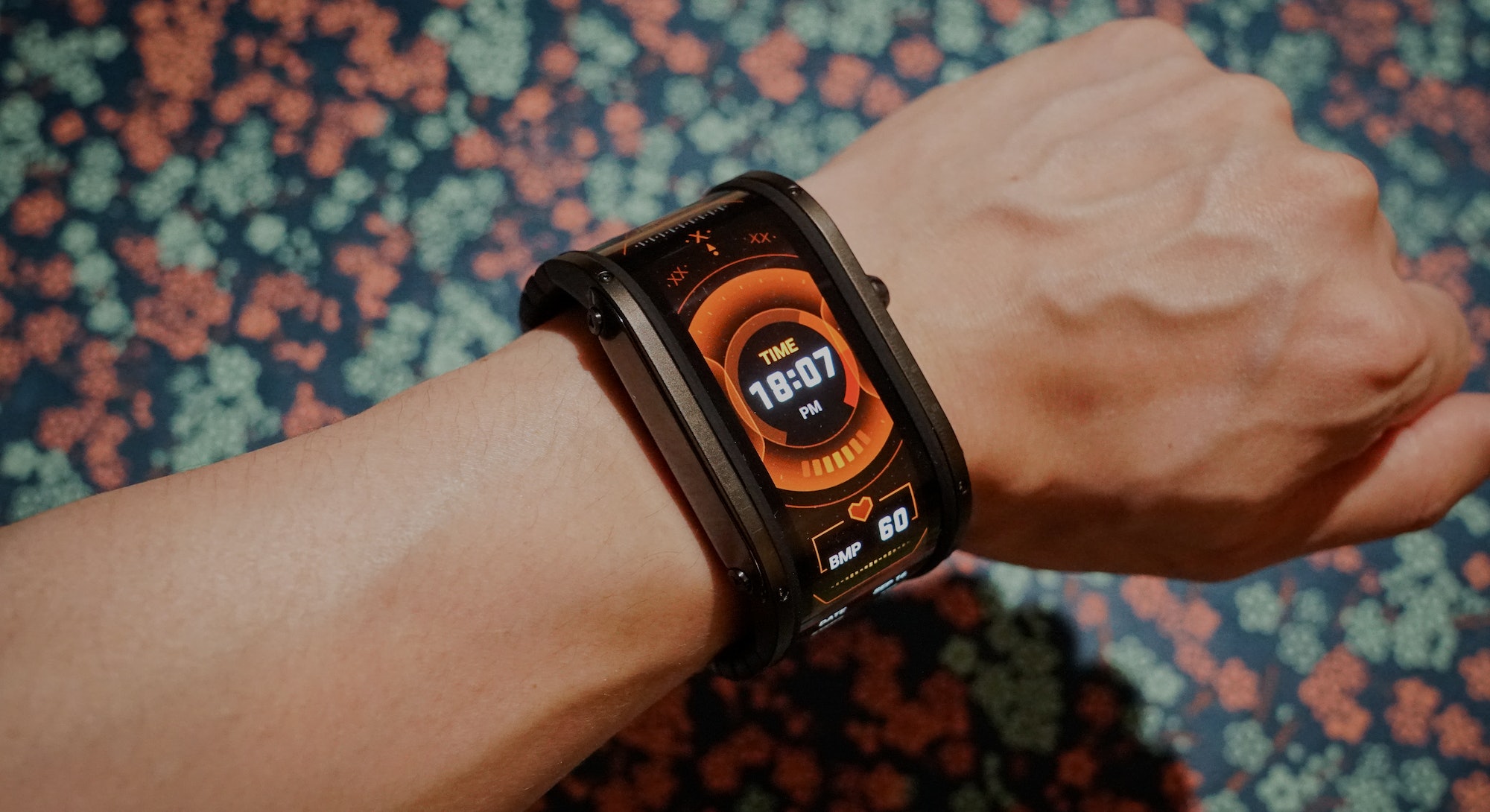 I can’t say that I’m surprised that the Nubia Watch — a bracelet with a skinny 4-inch OLED display that wraps around your wrist — is not a good smartwatch.

The Nubia Watch tries to make up for its mediocrity with a flexible screen and design that looks like it’s straight out of a sci-fi movie. I suppose you could say Nubia succeeded, then. On the other hand, the only place anyone would ever wear the Nubia Watch Is probably a comic-con or anime festival. And I hate to be the bearer of bad news, but those are probably not happening in the near future seeing as how large gatherings are fertile grounds for super-spreading COVID-19.

If looks were everything, the Nubia would win some kind of prize. Maybe not anything like a Red Dot Award, but something. I mean, the Nubia Watch gets points for looking different — a major trend I’m noticing in consumer tech this year — and daring to be bold. I could see why somebody would look at this and their eyes would light up. It caught my eye for sure, which is why I jumped at the chance when Nubia reached out to me to test it.

Being the sci-fi fan I am, I appreciate the futuristic aesthetic. It’s certainly an improvement over its predecessor, the Nubia Alpha. Compare the two and it’s not shocking at all why the new one is shipping and the old one didn’t. But the novelty of the 4-inch wrappy watch (coining a new term, sue me) wears off almost as soon as you put it on because it’s not comfy at all.

Alright, lay it on me. The fanboys are going to come out and say I have dainty wrists that can’t handle the Nubia Watch’s clearly macho design. Whatever helps you sleep at night, bud. But if in some parallel universe Nubia Watches were widely sold in stores, I don’t think it’d find many buyers simply because it doesn’t fit well.

I’ve got average-sized wrists — not skinny or thick — and the Nubia Watch’s stiff metal still hurt. I asked my mom and sister who have smaller wrists to try it on, and even on the first hole, the band was too loose and the device clunky looking.

My friend Michael, who has a thicker wrist, said it was too small. It’s almost as if Nubia designed this wrappy watch for Goldilocks. The issue isn’t just that the rubber strap isn’t very adjustable, but that the curvature of the display means that the casing needs to be stiff right where lugs would normally be.

I really tried to give the Nubia Watch a shot for entire days, but in the end, on many occasions, I was forced to take it off after half a day. I wanted to stop wearing it sooner because it kept constricting my wrist bone and it was impossible for me to type on my laptop with it on.

It also doesn’t help that the Nubia Watch isn’t very useful. There are a handful of cool-looking watch faces that span the entire long display and you can program it to display text (good for a music festival or rave I guess), but the rest of the features are all very poorly designed or impractical.

The Nubia Watch connects to the Nubia Wear app for iOS or Android. I tried both. It’s a barebones app that keeps track of your steps and heart rate and manages stuff like photos and music and general settings stuff. There’s just not a whole lot to dive into.

And the stuff that is included isn’t good or intuitive to use. There’s a dialer on the phone so you can make phone calls, but pecking at its digits is a real joke. The same goes for entering text; it’s T9 texting all over again, which is silly since there’s so much display to use but the software doesn’t take advantage of it at all. Notifications are useless when they appear on the Nubia Watch since you can’t do anything with them; there’s no way to expand them or reply to stuff because there’s no app support.

Honestly, I wish I could say there was some kind of secret gem in the software. Unfortunately, there isn’t. What you see is what you get and that’s not a lot.

The big display sucks down battery quickly too. On days when I forced myself to wear it for half a day, the battery was already under 50 percent after about four hours. Last Friday, I charged the Nubia Watch using its proprietary magnetic charger and tossed it into my backpack. The next day it was completely dead. How did that happen? Did it turn on in my bag? Is the idle power that poor? It might have been both, but maybe more of the latter since I experienced more rapid draining while idling over the next few days.

The Nubia Watch feels like a half-baked product because it literally is one. The wrappy watch is being crowdfunded on Kickstarter until September 17. Much of the early bird special pricing has already been snapped up by curious customers.

At $229 ($199 for the early bird special), the Nubia Watch is not unreasonable, but it still is quite a chunk of change for something that’s essentially just a bracelet for Halloween or cosplaying. If that’s enough to satisfy your inner geek, don’t let me stop you from getting one. Just don’t say I didn’t warn you. Any two-year-old Wear OS, Apple Watch Series 3 (or the new SE), or Fitbit Versa 3 is a better smartwatch than this. Maybe next time Nubia will focus more on functionality than form.