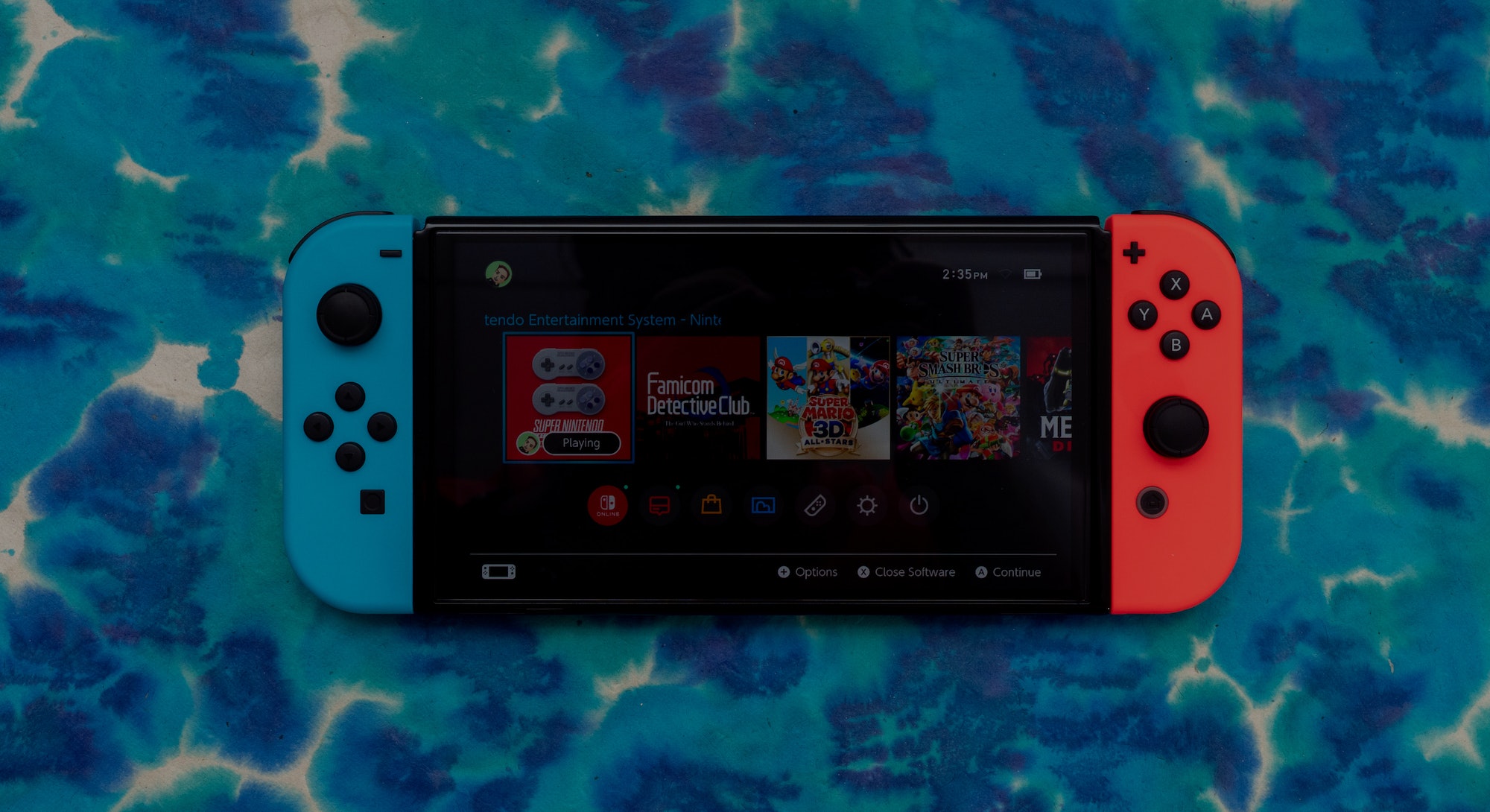 Metroid Dread is the best game I’ve played all year, making whatever I’m about to say about the new Switch basically moot for most consumers.

The only way to play Nintendo’s exquisite lineup of first-party games is to buy a Switch, whether you like the hardware or not. Great games on innovative-but-underpowered hardware is Nintendo’s signature strategy at this point — it worked for the Game Boy, the Wii, DS, and 3DS. But, unfortunately for Nintendo, this year’s upcoming imitator, a handheld PC that Valve is calling the Steam Deck, has it beat on almost every front.

Valve’s Switch killer comes packed with bleeding-edge mobile PC hardware, a comically large library of games (with an existing install base of 120 million Steam users — larger than any other on earth), its own docking station, an OLED screen, and a price point only $50 away from Nintendo’s own. Nintendo has moved a lot of Switch units in four short years, but how can the hardware — a bit dated even when it was released — possibly keep up?

The Steam Deck, has it beat on almost every front.

Fans speculated that Nintendo would release a “Switch Pro,” which would bring faster hardware, 4K output, and a better screen to the aging handheld. If not for current chip shortages and supply chain issues, it’s possible that Nintendo might have given gamers just that, though Nintendo denies that was ever gonna happen. Instead, the Big N is pinning its hopes on a modest upgrade it’s calling the Switch (OLED model).

Other than its larger and more vivid OLED screen, the Switch OLED, while tastefully redesigned with small-but-welcome refinements here and there, is fundamentally the same device as the regular Switch. It plays the same games. It accesses the same (disappointing) online service. It doesn’t run Netflix.

To Nintendo’s credit, their Manager of Product Marketing has openly stated that the company, while happy to take your money at any time, believes this model is aimed at new players and not existing Switch customers wanting to upgrade. It’s doubtful that Nintendo fans, who infamously bought multiple DS models for the paint job alone, will heed the warning but after spending over a week with the device... maybe they should.

OLED rocks, but that’s it

Each Switch OLED comes with two Joy-Cons (in the console’s new white color scheme or traditional “neon” red and blue), a TV dock, a plastic controller shell for the two Joy-Cons, some cables, and the same Joy-Con straps that nobody has ever used.

The new model comes in at 102mm x 242mm x 13.9mm and weighs 420 grams (nice) with the Joy-Cons, making it a bit larger and heavier than the original unit. It’s still not pocketable; the minor weight gain is also fine — if anything, the console feels less delicate now.

While lux, the increased real estate isn’t ideal for all games or all gamers. To consider it both a portable and a home console — the premise of the Switch — I’d have to feel a lot more comfortable throwing this in a bag, or, god forbid, a pocket, than I am right now. The Switch OLED is strictly a device for playing around the house when the TV is far away or otherwise occupied.

Before I discuss the OLED screen, let’s chat about the other changes made: The bezels are smaller. The speakers are louder. The dock is sleeker and now contains the ethernet port that the Switch, with its incredibly slow Wi-Fi connection, desperately needed. The kickstand has been widened and made sturdier (aka you might actually have a reason to use it now).

That’s about it. It’s still a Switch, but perhaps it’s now finally the Switch it should have always been.

Now, the screen is obviously the star of this show. First, the good stuff: The screen has jumped from 6.2 inches to 7 inches, which looks and feels like a larger leap than it actually is. Though it’s not much brighter, the screen’s more vivid and dynamic colors look better indoors than either the original model or the portable-only Switch Lite — and OLED technology’s true blacks make it the only Switch you’ll want to play under the covers. The jump to OLED also makes for great battery life thanks to a reduced power draw. For comparison, this model gets 4.5 to 9 hours of playtime; the original launch Switch got 2.5 to 6.5 hours of playtime; the minor upgrades made in August 2019 bumped that to 4.5 to 9 hours; the Lite clocks in at 2 to 7 hours.

But I’m not punch drunk on these pixels. After years of using “retina” displays on mobile phones, tablets, computers, and even some 4K TVs, it’s difficult to look at the Switch’s new screen and not notice how visible each of the 1,280 x 720 pixels are to the naked eye. Would it really have broken the bank for Nintendo to bump the processor and screen up to 1080p? These cut corners are hard to swallow at a $350 price point.

While the OLED screen is nice, it must be said that the fact that Nintendo needed to upgrade it at all is a travesty — this is the screen the device deserved from day one. Nintendo is trotting out an OLED handheld an entire decade after Sony’s PS Vita sported one... in 2011. That’s embarrassing any way you try to justify it.

Even more embarrassing at this point is the Switch’s software itself. Lacking in nearly any social features, the Switch does not support custom themes beyond “Basic White” or “Basic Black.” It does not have a system for updating your library of games on anything but an individual basis. Its menus (especially the eShop) lack options for sorting through games or organizing them and suffer from terrible amounts of lag. And it cannot cloud save all games, meaning that there are some titles you’ll have to move through individual processes. (For example, Animal Crossing requires you to download an entirely separate app for reasons nobody I’ve spoken to can articulate and which you cannot play on more than one console.)

Even to re-download your library of purchases to a new Switch, each and every game must be individually selected and added to the download queue. Once you do, though, the menu reloads from scratch and you’ll need to hunt through your library to get back to wherever you were so you can download the next title in the list of every game you’ve ever bought. Want to download updates or DLC for your cartridge-based games? You’ll need to painstakingly insert each and every game one at a time. Want your cloud saves? You’ll need to navigate to a sub-menu and download each individually. It’s that bad. And, again, if you’re relying on Wi-Fi for those downloads, it’s going to take a really, really long time to get your games back.

The games themselves are fabulous but I’d be remiss if I didn’t point out that nearly every game on the Switch that isn’t made by Nintendo itself is available — and cheaper — on Steam. This makes it incredibly hard to recommend anyone invest in a library with a shelf life that may expire at the end of this generation of gaming. When the Switch is dead, will Nintendo move your purchases to whatever comes next? It’s never done that before so it would be a stretch to assume so now. Steam, on the other hand, works on any PC you can log into and will deliver you those games until the sun burns out.

Nintendo’s first-party library, the only thing relevant to this discussion, looks spectacular on the new screen — particularly Metroid Dread — but (thanks to yuzu) even better on a PC. That’s just reality. And, if you purchase a copy of the game and rip it yourself, it’s perfectly legal to play this way. With the Steam Deck breathing down their necks, this is an issue Nintendo should be thinking about and trying to outrun with value and innovation. An OLED screen just isn’t enough.

This hardware release is not happening in a vacuum. Modern consoles are online platforms unto themselves and Nintendo’s is easily the worst one. Nintendo Switch Online does not offer voice chat, messaging, a proper account system, achievements, a party system, streaming services, or access to your own music library. Nintendo’s servers are the slowest on the market and regularly have issues maintaining stable connections for even casual gameplay. These are features that were available on the Xbox 360 in the mid-'00s.

All of that before we’ve even mentioned Nintendo’s disastrous new Switch Online + Expansion Pack deal which brings the price for a year of the service to just $10 short of PlayStation and Xbox’s offerings. With the Expansion Pack you receive access to a handful of N64 and Sega Genesis titles so ubiquitous and trivial to emulate that you can now run them in a web browser.

If Nintendo were smart, it would ramp up the development of Switch Online — not just the features but the library of games itself. If Nintendo offered every game in its library that could conceivably be emulated on the Switch (similar to what seems to be Microsoft’s eventual goal for Game Pass), it could charge $100 a year and rake in the cash just for the convenience factor alone. As it stands, nobody is paying $50 a year to play the first Sonic the Hedgehog game again.

Sonic the Hedgehog, by the way, is available right now on the Steam store for a one-time purchase of $5. You also get access to its ROM to run in any emulator on any device you’d like.

The Nintendo Switch OLED model is a nice-looking handheld for consumers looking for a simple, straightforward way to play Nintendo’s first-party games. It’s the Switch you should get if you don’t own a Switch yet. But it is not worth upgrading if you already own a Switch; with competition waiting in the wings, there simply isn’t enough here to justify the price tag.

It is not worth upgrading if you already own a Switch.

If you don't own a Switch, the OLED model is the one to get.