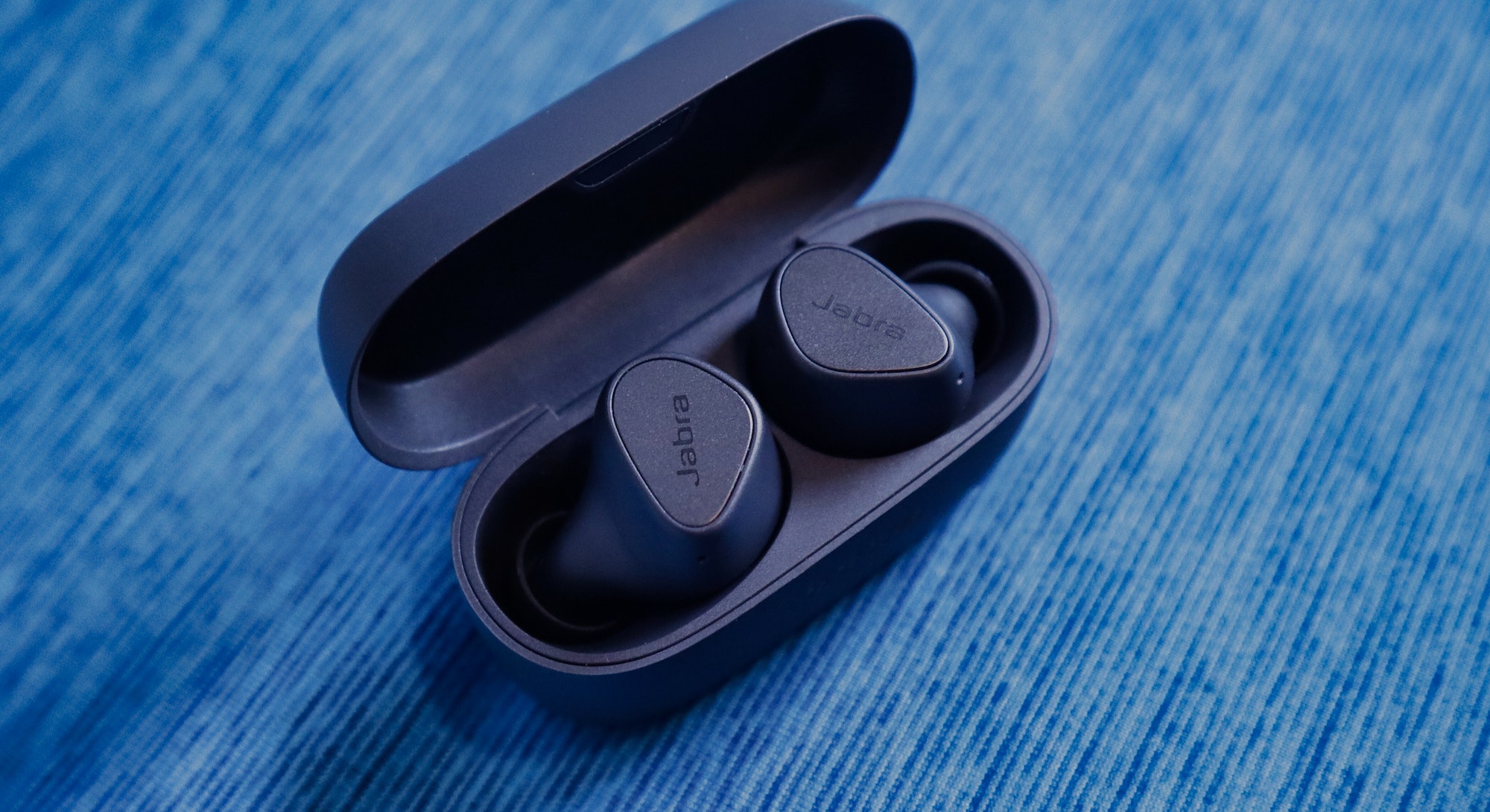 The Jabra Elite 3 wireless earbuds are made for decision-paralyzed, budget-conscious users out there.

They’re a straightforward pair of budget earbuds with just enough tentpole features and enough battery to last all day and then some.

They’re not flashy with RGB lights and they don’t pack cutting-edge active noise cancellation (ANC). That’s okay because the Elite 3 only costs $80. For the money, Jabra has set a new standard for budget wireless earbuds. The Elite 3 punches way above its weight class.

Jabra’s $80 Elite 3 can’t compare against best-in-class ANC wireless earbuds like Sony’s WF-1000XM4 in the sound department. But, they hold their own, with a surprisingly reliable and pleasant sound that I enjoyed. To my ears, the Elite 3 sounded better out of the box than Google’s Pixel Buds A-Series, and the EQ presets in the Sound+ app improved the audio quality further.

For punchy hip hop songs like Nicki Minaj’s “Seeing Green,” which has a top ten Lil Wayne verse — “Bop-bop-bop-bop-bop, he was a good cat, my bad, dawg” BARS! — the “Bass boost” EQ preset straight slapped. The kick drums reverberated as they should without drowning out the claps, snares, or background vocals. I also enjoyed the “Smooth” EQ preset for its better soundstage, noticeably separating the different instruments in songs like “Ode To The Mets” by The Strokes.

The Elite 3 punches way above its weight class.

I felt that the Elite 3 sounded best at two-thirds volume. At maxed out, or nearly maxed out, volume, the feeling was uncomfortable and the distortion severe enough to ruin any song.

Whether the seal is tight or just right, the Elite 3 can last pretty dang long on a single charge. I’ve been using the Elite 3 exclusively for the last two weeks. I charged the case (USB-C) when I got the earbuds and one more time about a week later. Incidentally, the buds are designed to protrude from the bottom part of the charging case for easy removal, and they satisfyingly snap right into place when charging them. The hinge isn’t as fun as the AirPods or Pixel Buds, but fidgeters will be happy to know that the case closes with a meaty snap thanks to an embedded magnet.

The total battery life (earbuds + case) is rated at 28 hours, with the earbuds lasting 7 hours on a full charge for a total of four charges. However, I never depleted the battery in a single sitting. I mostly used the buds in 2 to 4-hour stretches multiple times a day, which is why I only had to charge up the case twice in two weeks. Another reason why these affordable buds have a long battery life is that they lack power-consuming features like noise-cancellation or sound upscaling like Sony’s DSEE Extreme.

Compared to the Jabra Elite 65T, which the Elite 3 earbuds share many similarities with, Jabra’s budget wireless earbuds are much smaller. They’re comfortable to wear for 3 to 4-hour stretches and my only complaint is the suction they create due to the tightness of the seal. It’s a problem that’s persisted with my Elite 65T. The suction feels as if your ears are completely plugged and, in my opinion, they can sound muffled or as if the sound is being blocked, basically sounding much lower in volume when compared to a normal fitting earbud. . Other companies sometimes add vents to relieve air pressure, which I would have liked to see here, but then again these are $80 so any extras would’ve increased the price. It’s not a dealbreaker, but I did frequently have to readjust either earbud to prevent excessive suction. Using a smaller set of ear tips can alleviate the issue, however, the less tight seal also allows more sound in, which reduces the sound quality.

The fit has its caveats, but the physical functionality of the device is mostly great. With only one button on each bud, Jabra got creative with the Elite 3. Pressing the right button plays or pauses music, pressing twice skips forward, and three taps goes to the previous song. Adjusting the sound, though, is too finicky; it’s better to just use your phone’s volume buttons. Holding the right earbud increases the volume until you let go; the same on the left bud lowers the volume. It’s an imperfect solution that left me unsatisfied with the volume I wanted, but it can be useful in a pinch. Pressing both buttons turns the earbuds on or off while holding both of them activates pairing mode.

For a pair of sub-$100 earbuds, there are a couple of features that I wasn’t expecting. For one, the Jabra Elite 3 uses Qualcomm’s aptX codec, known for its lower latency and faster transfer rates, which surpass the standard SBC codec that’s also supported. If you have an Android device with a Qualcomm chip, chances are aptX is enabled, and you’ll be able to take advantage of the feature. It would have been nice if the Elite 3 supported Advanced Audio Coding (AAC) for the best compatibility on Apple devices, especially now that Apple Music has lossless audio, but it is what it is.

To get better sound, the Sound+ app includes several EQ presets and a few other settings to adjust. There’s not a lot to do here, but you can update the firmware and enable the “Find my Jabra” feature. You can also customize the left earbud’s controls. If you’re always talking to your phone’s assistant, you may want to enable that. You can choose between your phone’s default assistant (Google Assistant or Siri) or Amazon’s Alexa. Or, you can program the button to launch Spotify and begin playing music immediately, even if the app is closed. You can set either feature to a double-tap. Pressing the left earbud once turns on my favorite feature: HearThrough.

I’ve loved HearThrough since I first tried the 65T earbuds, and I always lament when other earbuds don’t include a similar feature. HearThrough turns the microphones on and pipes in amplified, external sound straight into your ears; it’s better than the “transparency” or “ambient” modes available on AirPods and other wireless earbuds. When you think someone is calling your name or you have a sixth sense the mailman is knocking at the door, just press it once and take a listen. The feature doesn’t work as well when listening on a loud volume, but it works well enough at low to mid-volume. I know it’s not ideal, but it’s better than removing an earbud for potentially nothing.

Even when working from home, I like to be on alert, and this feature brings me peace of mind. Whether it’s my cats causing a ruckus or my wife letting me know her virtual meeting is over, I like being able to be present while not completely lost in my music. I’ve had some connection issues where HearThrough cut out while I was cooking. Perhaps, the loud, droning sound of the vent hood interfered with the microphones somehow. That’s not really a knock on the microphones (two noise-isolating ones on each bud), which I’m told sounded clear, even when I was moving around my apartment doing chores.

The biggest annoyance to choosing wireless earbuds is that companies keep adding features and complicating things. Everything is ANC this and touch controls that. That’s good and all, but what if all you want is a simple pair of wireless earbuds that sound good and won’t make you shed tears if you accidentally lose an earbud or break it?

One of the best no-frills wireless earbuds for under $100.

Fortunately, Jabra realized this. The Elite 3 are easily one of the best no-frills wireless earbuds for under $100 available right now. They remind me a lot of the classic Elite 65Ts, which launched at just a little over double the Elite 3’s $80 price. The Elite 65T may look quaint in comparison, but the Elite 3 earbuds easily carry on its legacy with longer battery life, improved sound quality. And it’s all wrapped in a more compact design. At $80, you can’t go wrong with the Elite 3 if you don’t need features like ANC or more advanced controls.

The Jabra Elite 3 wireless earbuds are comfortable, sound good, and crazy affordable at $80.