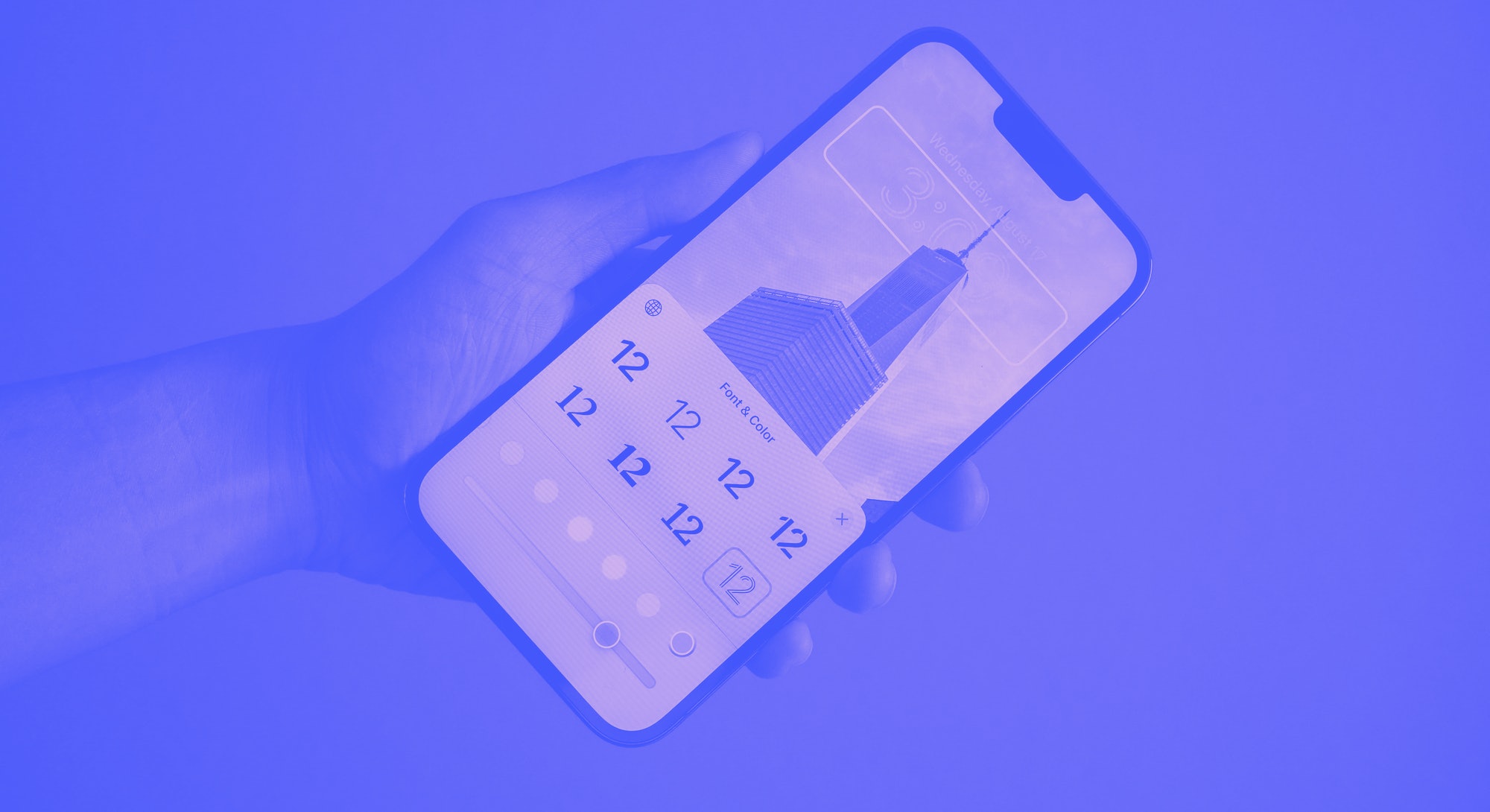 If you have an iPhone 8 or newer, there is no reason not to update it to iOS 16. The software update is free and will breathe new life into it.

I have been using iOS 16 — first as a developer beta and then as a public one — since Apple announced it at WWDC 2022, and other than minor glitches, the new iPhone software is pretty damn polished.

The headlining feature in iOS 16 is the new customizable lock screen, which is clearly inspired by the Apple Watch. In between the myriad smaller features like the battery percentage indicator and haptic keyboard, there are some notable updates like the ability to unsend and edit iMessages, a new Fitness app that works without an Apple Watch, and a redesigned Home app for managing HomeKit-compatible smart home devices,

As with the last several iOS updates, iOS 16 doesn't reinvent the wheel. But collectively, all of its many small changes make iOS a more mature platform — and the iPhone an even harder device to leave.

In recent years, Apple has been relaxing its stance on allowing customizations, letting iPhone users modify their home screens with widgets, use apps to theme icons, and also hide certain pages.

In iOS 16, Apple lets iPhone users customize the lock screen in several ways. Long-pressing on an unlocked home screen brings up a carousel of custom lock screens, where you can select a wallpaper, change the color and font for the time, add widgets (below the time and next to the day and date), and even apply treatments to images (black and white, duotone, colorwash).

These customizations alone would have been enough, but in typical Apple fashion, it went the extra mile. There are options to shuffle photos on the lock screen, create wallpapers with different emoji, show real-time weather, and display outer space views of the Earth or Moon based on your location.

The real magic leverages your iPhone's machine learning capabilities to place the time behind, for example, people or pets, or buildings. It's a fun trick that you'd think would get old fast, but I'm always pleasantly impressed whenever I go to make a new lock screen.

Even better: custom lock screens can be matched to focus modes such as personal, work, or sleep, etc. and can automatically change at a set time. So for instance, you can have a customized work lock screen kick in with your work focus mode. It sounds complicated — and it can be during the initial setup — but it can be pretty useful for managing your digital wellness. I've been having a blast changing my home screens this past summer. Every iPhone user I've shown the customizations to has expressed "finally." Apple really delivered here.

I'll be honest, back in July when I shared my first impressions of iOS 16, I said I personally didn't care for unsending and editing iMessages. I've since reversed my stance. Turns out I am exactly the person who needs to edit iMessage typos instead of sending new messages with the * to show a correction. Same for unsending messages; I realize I often fire off iMessages too soon, only to want to take them back and resend new ones with more thoughtfulness.

Even so, I'm now a fan of being able to edit and unsend iMessages. There are limitations like only having up to two minutes to unsend an iMessage and being limited to five edits on an iMessage, but I've found them to be more than adequate.

Notifications come from the bottom

This is such a small change, yet it has had such a big impact on using an iPhone. By simply making notifications populate from the bottom of the iPhone lock screen, Apple has made them easier to interact with using your thumb. No longer do I need to shimmy a big iPhone — looking right at you iPhone 13 Pro Max — in my hand just to get to the notifications at the top of the screen.

You could make the argument that Apple had to make this change — the new widgets below the time take up room on the lock screen. Whatever the reason is, it's better for sure.

There are way too many iOS 16 features for me to talk about in depth, so instead I'll get right to the ones you'll want to try out first:

It's wild how happy people are that Apple has brought back the battery percentage indicator in iOS 16. I guess people prefer to always see their iPhone's battery level instead of having to go to the Control Center. I like the feature and have found it useful, but it could still use a tweak. In its current implementation, the battery icon appears full with a number representing the battery percentage. It's not until your iPhone reaches 20 percent when a portion of the icon turns red. It's not a hard fix; one person has already designed a better version.

Android has had a vibrating keyboard for ages. Now, the iPhone has it, too. On my iPhone 12 Pro, I've had the Haptic Keyboard turned on along with the default audio clicks and as far as I can tell, there's almost no hit to battery life on the two-year-old device. The iPhone's Haptic Engine enables keyboard vibrations that are just too good; Apple really should have it turned on by default.

I don't know about you, but it has been annoying AF that Face ID only works in vertical orientation. In iOS 16, Face ID works in landscape mode… but only for iPhone 13 models. That sucks if you've got an older Face ID-equipped iPhone. But it's still a good addition if you an iPhone 13, 13 mini, or 13 Pro / 13 Pro Max.

Need I say more? Whatever photos you've got in your iPhone's "Hidden" album should be for your eyes only. iOS 16 lets you lock the hidden album with Face ID, Touch ID, or a passcode.

Every iPhone user knows the stress of having duplicate photos, screenshots, and videos. Apple has finally done something about it with a feature that lets you merge identical media. It's awesome.

Previously, the Fitness app only appeared on your iPhone if you connected an Apple Watch to it. In iOS 16, it's available for all. The app can track your Move goal — the number of steps you take (when you have the iPhone in your pocket), calories burned, and the distance you've walked — and puts it into an easy-to-read visual summary.

It's silly that it's taken this long to roll out a feature for you to easily view the password for the Wi-Fi network that your iPhone is connected to. No more looking at the back of the router or looking for that sticky note you scribbled your Wi-Fi password on.

You've got a lot of photos that need editing, and you want them to all look similar. What do you do? You could manually edit each photo or you could do it like a pro and copy edits made on one photo and paste them onto other photos. For photographers, this little-known feature will save so much time.

At iOS 16 launch, there are two features that won't be available yet. The first is iCloud Shared Photo Library, which lets you capture and then automatically upload photos or videos into a shared photo album that all invited users can access. It's a super useful feature that I will make sharing vacation photos so much easier. Unfortunately, iCloud Shared Photo Library has been delayed for some reason with Apple only saying its "coming later this year."

The other is Live Activities, the feature that lets you see real-time information for things like deliveries, sports scores, or ride sharing trip times on your iPhone's lock screen. The idea is to show you bite-sized information without having to open the app. Live Activities wasn't available in any of the betas so I can't say how well it works until it rolls out.

These features are only the tip of the iOS 16 iceberg. There's more to iOS 1, including an all-new CarPlay experience, more accessibility, a Safety Check feature, more sports-related information in Apple News, a way to manage medications within the Health app, a new Home app, ticket fares in Apple Maps. The list goes on and on.

But while iOS 16 is an easy download for anybody with a supported iPhone, there are still things Apple could improve. I hope Apple considers some of these for iOS 17.