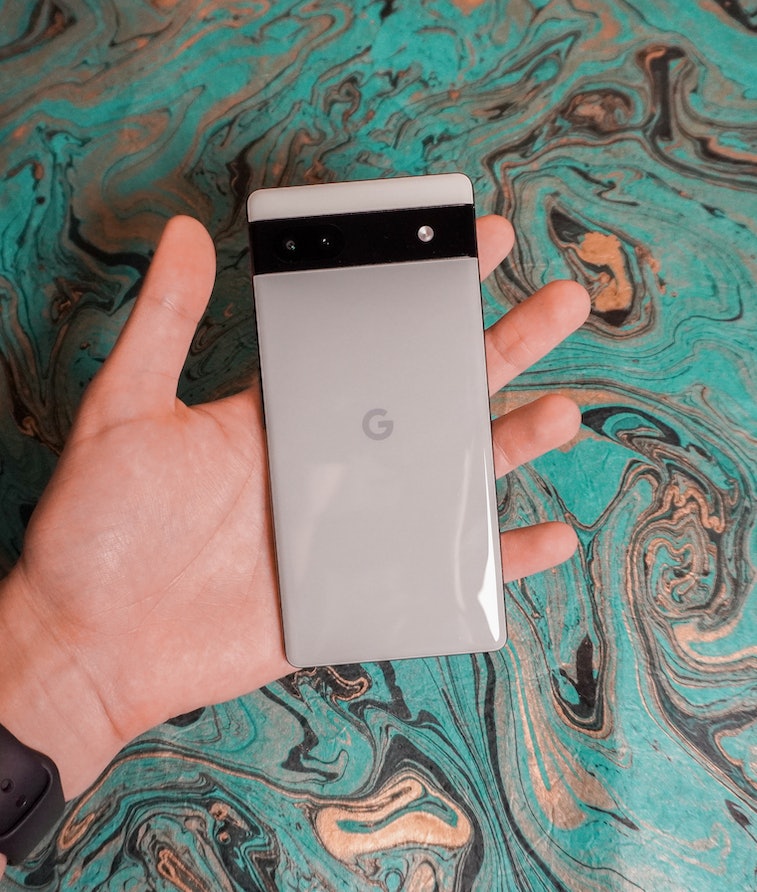 Whether intentional or not, the Pixel 6a is a condensed and refined version of the Pixel 6.

It’s vanilla extract to the Pixel 6’s vanilla bean. You need less of it to get the same flavor, and in the case of the Pixel 6a, you get less. Price, size, and technically, features.

Google is selling its new entry-level phone for just $449, about $150 less than the Pixel 6 from 2021. I think it’s the phone Google should have released then, and at this price, stiff competition to anyone trying to offer an affordable, but still flagship-quality Android experience.

The Pixel 6a refines what worked on the original Pixel 6 and delivers it all in a more affordable package.

The Pixel 6a is technically a toned-down version of the Pixel 6 and 6 Pro, phones with industrial designs that marked a major departure from past Pixel phones. But as the first phone Google’s releasing in its new 2022 lineup, the Pixel 6a is also a small preview of what’s coming with the Pixel 7. Google did, after all, announce both phones during the same Google I/O keynote earlier this year.

So while that might have been a surprise, the Pixel 6a doesn’t have many. If you’ve held last year’s Pixel 6, it'll feel pretty familiar. There’s the same playful use of color (available in “Sage” green, “Chalk” white, and “Charcoal” black), a camera bar that prominently stretches across the back of the phone, and a flat front display with a hole-punch selfie camera. It’s made from the same mix of metal and glass as the Pixel 6, with a glossy, glass texture on the back, and slightly more grippy matte metal for the frame. It’s also IP67 dust and water resistant, so it can take a few splashes without issue.

Big-enough display — The major thought that crystallized for me holding the Pixel 6a for the first time is that this is the biggest phone I can handle. As a now devoted iPhone 13 mini owner, the 6.4-inch display of the Pixel 6 feels ridiculous, but at the slightly smaller 6.1-inches, the Pixel 6a hits a sweet spot. Still bigger than I prefer, but offering the benefits of a larger screen in a 6.0 x 2.8 x 0.35-inch body, without compromising on comfort.

Otherwise, you’re getting more or less the same OLED screen from the Pixel 6. It gets bright enough to easily see outside; the 2,400 x 1,080 resolution and HDR support are standard affairs. I enjoyed watching Netflix (all of the new Iron Chef, to be precise) and spending 2+ hours trying to retrain my TikTok algorithm. It’s worth noting the display is only 60Hz, as opposed to 90 or 120Hz (like on the Nothing Phone 1), but that’s far from a dealbreaker yet at this price point.

Solid Tensor performance — While you'll have to wait till later this year to see what Google has in store with its second-generation Tensor chip, the Pixel 6a comes with the first-gen system-on-a-chip (SoC), and it still works great for Android 12. The same AI-enabled features are the star of the show — accurate and fast live transcription is one of my favorites — but Tensor is zippy enough to take care of typical phone tasks without issue.

The same goes for gaming. The Tensor chip and 6GB of RAM can play resource-intensive games like Genshin Impact or Diablo Immortal, but not at the highest settings. Particularly with Diablo Immortal, bumping up the settings to 60 fps and toggling on “Image Sharpening” led to stutters and the Pixel 6a getting uncomfortably hot. Trust the game’s warnings when it tells you high settings are where everything is going to work best!

For other media consumption tasks, the Pixel 6a is up to snuff. Its speakers get loud, not as loud as my iPhone 13 mini, but it did have less distortion, which I obviously preferred. It sounds good enough to listen to if you lose your headphones or forgot to charge your Bluetooth speaker before jumping in the shower, which in my opinion is the ultimate test.

Two big fixes — Under the screen, Google made two important updates to the Pixel 6a. First, the in-display fingerprint sensor is way better at recognizing my finger and getting me into the device quickly. Where the Pixel 6 took a beat before unlocking, the Pixel 6a halves it.

The second is haptics. Now I know even with the original Pixel 6 and 6 Pro there was some variation on how good the haptics felt on either device, but either way, the Pixel 6a falls on the good side of the fence. In direct comparison to the Pixel 6, the Pixel 6a’s vibrations felt sharp and staccato, rather than like the muddy, “loose spring” feedback from the Pixel 6. It made typing on the software keyboard much more satisfying, something I’ll note you do a lot on a phone. These small details matter!

Strong battery life — In typical, casual, work-from-home use, the battery life on the Pixel 6a is impressive. On multiple occasions I was able to get more than a day and a half out of my Pixel 6a, using Slack, watching YouTube videos, and streaming music while I wrote. The 4,410 mAh battery is smaller than what you’d find on the Pixel 6 or 6 Pro but I wouldn’t be too worried about performance overall.

The adaptive battery features in Android 12 and the Extreme Battery Saver setting can really stretch things out, and with fast charging support you can top up easily, provided you have a charging brick. (My Chromebook charger worked nicely.) There is no wireless charging support, though, so if you’ve relied on a charging mat you’ll have to switch back to wired.

Now with a more phone and video call-heavy lifestyle, this might be a different story, especially if you’re combining that with frequent photo and video captures, but for anyone using the phone like a modern smartphone (as a messaging, media consumption, and social media machine), the Pixel 6a will treat you right.

One of the more noticeable refinements of the whole two-tone, Pixel 6a package is how Google changed the camera bar. On the Pixel 6a, the camera bar is far less pronounced — more of a small hill than a plateau — and that comes with some changes in camera quality.

Here’s the camera package for the Pixel 6:

This change is a return to the camera sensors of Google’s past, where most of the impressive performance was squeezed out of the software, not hardware. The good thing is, from a distance, I think you’d be hard-pressed to notice any dramatic difference between the Pixel 6a and and the Pixel 6. There’s no Motion Mode, but I doubt many people are using that every day. And you do get access to Magic Eraser — for removing unwanted objects from photos — which was one of the Pixel 6’s most impressive features anyway.

What makes a Pixel camera Google-y has everything to do with the specific color temperature, white balance, and contrast choices the camera app makes, and you can more or less get similar results with either a 50-megapixel or 12.2-megapixel sensor.

The details are a slightly different story. Zoom in and pixel-peep and the Pixel 6’s sensor does seem to capture the tiniest bit more detail and capture slightly more natural portraits. Personally, I would not spend $150 more for marginally better image quality on the Pixel 6, but this could become a different equation when the Pixel 7 comes out.

For the rest, I think anyone who’s got a taste for Google’s specific look will be happy with the Pixel 6a.

If there’s anything that gives me pause, it’s history. Polarizing design aside, the Pixel 6 and 6 Pro were seen as successes for Google, ones that curdled after launch as owners reported display issues, slow performance, and bugs. This isn’t the first time this has happened with a Google phone, and my concern in recommending the Pixel 6a is, it might not be the last.

In all other cases, Google has seemed to improve on the past, producing a phone that’s fun to use and works well, at an even better price. Maybe being worried about the wheels falling off the Pixel 6a six months after it launches could end up being unnecessary. But there’s your word of caution, these kinds of things shouldn’t happen, but that doesn’t mean they won’t keep happening.

The Pixel 6a is a promising start for Google’s hardware season; the company plans on also launching the Pixel Buds Pro, the Pixel Watch, and the Pixel 7 and 7 Pro this calendar year. What’s heartening to me is Google can still deliver a direct shot of solid phone basics in a strikingly-designed package, without having to cloud it with empty claims and razzle-dazzle. I just hope it lasts.