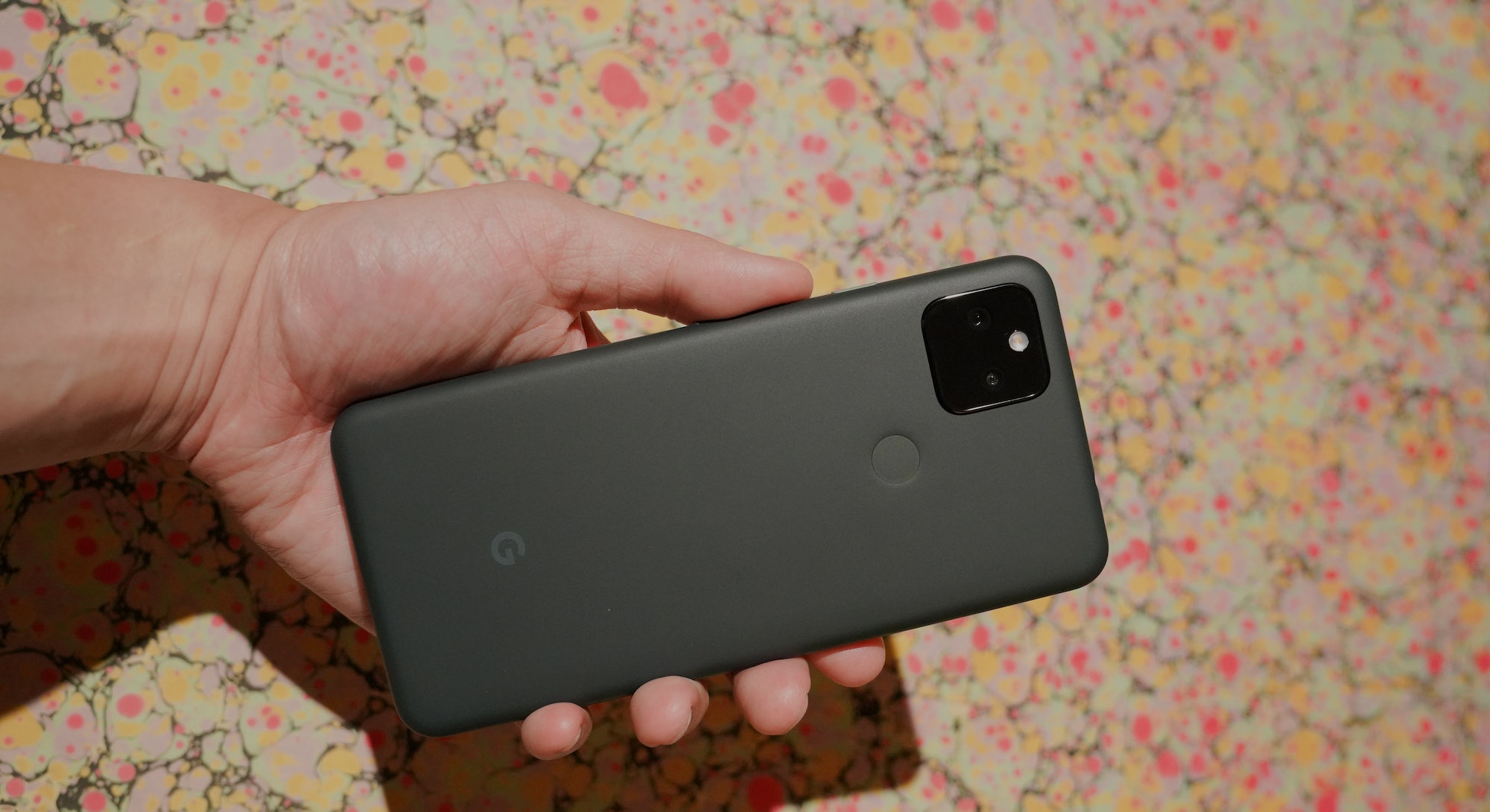 Google is releasing a new Pixel phone next week on August 26. No, not the Pixel 6 and Pixel 6 Pro. Those two Android phones are coming this fall.

The Pixel launching next week is the Pixel 5a with 5G. It starts at $449. I’ve been using it for about a week and I really like it. It’s not a flagship phone and it’s not going to kill the iPhone 12 or the Galaxy S21. That’s perfectly fine because the Pixel 5a with 5G isn’t competing in the same weight class. It’s more like a Toyota Camry — affordable, reliable, and non-luxurious — than a Tesla.

I could write 3,000 words on the Pixel 5a with 5G like I do my other phone reviews, but I’m not going to because this phone is so similar to the Pixel 4a with 5G released a year ago. If I don’t explicitly point out the very minor differences, you might not even pick up on them. So let me just cut to the chase and tell you what those are.

Google Pixel 5a with 5G
Google

Google's Pixel 5a with 5G is a no gimmick smartphone that's only $450.

Google does this thing where it coats metal to look and feel like plastic. You either love it or hate it. I’m cool with it on the Pixel 5a with 5G, which FYI only comes in one color: Mostly Black. This is a lighter shade of black that’s more like a dark gray compared to the “Just Black” Pixel 4a with 5G, which is visibly more black. Sometimes it even looks like a dark forest green under the right light.

The body also has two other small tweaks. The Pixel 5a with 5G is IP67 water and dust resistant; the Pixel 4a with 5G has no IP rating. The light gray power button is also ribbed — it’s a nice touch.

The Pixel 4a with 5G started at $499. The Pixel 5a starts at $449. Google has somehow lowered the price by $50 without cutting any major corners on key specs. Both phones are powered by a Qualcomm Snapdragon 765G chip and come with Google’s Titan M Security Module. Both phones have 6GB of RAM and 128GB of storage. Both phones have a fingerprint reader on the backside.

The one area that’s a small downgrade is 5G. The U.S. version of the Pixel 4a supports both mmWave and Sub-6 5G; the Pixel 5a with 5G only supports Sub-6 5G. Not a big loss since mmWave is still largely a bungled mess in the U.S. Not to mention mmWave guzzles battery life like crazy.

The Pixel 5a with 5G performs almost identically to the Pixel 5.

As far as I can tell, the Pixel 5a with 5G performs almost identically to the Pixel 5, which also has the exact same Snapdragon chip and configurations for RAM and storage. Read that again: a $450 phone performs virtually the same as a $600 phone. Android 11 [performance is snappy and there’s plenty of memory for apps to launch and run in the background, but don’t expect the kind of graphics oomph from Android devices like the Galaxy S21 that have the latest Snapdragon 888 chip. You can play some games, but don’t be shocked if you see some dropped frames or longer loading times. This being a Pixel, expect it to get Android 12 and the new Material You before other Android devices.

My take: the screen looks fine. Good, deep blacks. Good color reproduction. Good viewing angles. Stuff looks great on this display. I would have loved a 90Hz refresh rate — OnePlus Nords have them — but it’s not like 60Hz is unusable. 60Hz is fine and anyone who tells you it’s not is an elitist snob and you should reconsider why you’re friends with them.

This is the most meaningful feature upgrade between the Pixel 4a with 5G and Pixel 5a with 5G. Google has increased the battery from 3,885 mAh to 4,680 mAh — and an increase of 795 mAh. That nearly 800 mAh of extra battery can go a long way. In a week of medium to heavy use, I reached for the charger every day-and-a-half to two days. Unless you’re glued to TikTok or Instagram nonstop, the Pixel 5a with 5G is a stamina champ.

And by the way: an 18W faster charger is included in the box. Take that Apple and Samsung!

These are the same exact camera sensors on the Pixel 5 and to my eyes the pictures look identical. They have that unmistakable Pixel-processed aesthetic to them. Colors are punchy and vibrant, but not at all accurate compared to the latest iPhone 12 phones. Just like the Pixel 4 cameras, white balance tends to be cooler (bluer) or warmer (redder) than reality (see photos of the plastic crepes showing the light bluer than what it looked like as accurately snapped with the iPhone 12 Pro). These machine learning-based creative decisions make for moodier and more contrasty photos that some might feel “pop” more. I don’t always love it.

I’m happy with the pictures the Pixel 5a with 5G spits out. However, multi-frame image processing (especially for Night Sight) is slower than on three-year-old Pixel 4. That’s the downside to Google going with the mid-range Snapdragon 765 chip.

Missing on the Pixel 5a with 5G is the spectral and flicker sensor on the Pixel 4a with 5G. What is that? That’s the teeny, tiny sensor on the camera square that stops certain lights from appearing like they’re flickering on video. It’s honestly not a loss.

First, there’s a headphone jack. Booyah again, Apple and Samsung. And second, the Pixel 5a with 5G comes with stereo speakers. For the money, they are serviceable They get loud and most importantly (for this summer at least), Olivia Rodrigo’s bops don’t sound like complete fuzz when the volume is cranked up to max.

That’s a “good, better, best” lineup if I’ve ever seen one. Okay, maybe the Pixel 6 Pro will be the “bestest” but we’ll cross that bridge when we get to it in a few months. You can read all about the Pixel 6 Pro from what’s already leaked out.

The Pixel 5a with 5G is not groundbreaking. It doesn’t try to revolutionize mobile or phones. It has no flashy new feature that will knock anyone’s socks off. It exists to fill in the mid-range gap between the Pixel 4a and the soon-to-be-released Pixel 6/6 Pro. The Pixel 5a with 5G dutifully fills this space with a robust set of gimmick-free features. For $450, it’s got all the essentials and nothing more. For a lot of people, that’s all a phone needs to be.