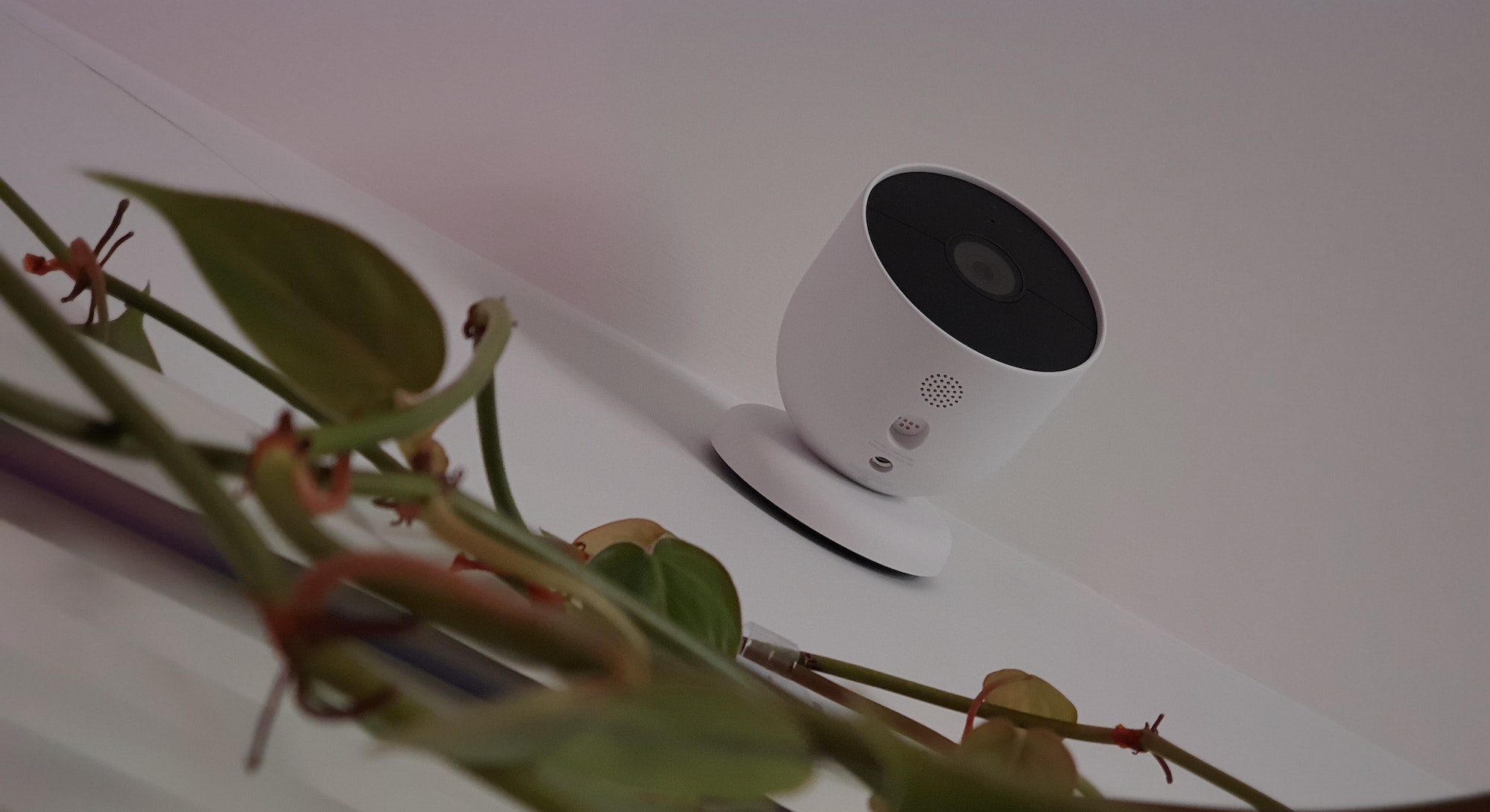 Right from the get-go, it’s only fair that I tell you this: IP cameras give me the heebie jeebies in a big way.

It’s not just the myriad stories of cameras (granted, mostly from Amazon-owned Ring) being compromised, it’s the fact that I have no way to be certain I’m the only one with access to my smart camera.

When I open the Google Home app and view the live feed from the Nest Cam (with battery) I’ve been testing, how can I be sure no one else can do likewise? How would I ever know if they did? Short of analyzing and tracking every packet of data that moves between it and my phone (which I lack the expertise for, even if it’s possible) I’m out of luck.

I have to trust Google’s assurances that every link in the chain required for this to be possible is rock solid. And the problem is not limited to Google. You either need to trust your service provider... or accept that sometimes, maybe, if something goes wrong, or malicious actors find an in, strangers might be able to see whatever your camera does.

With that out of the way, let’s talk about the new battery-powered Nest Cam (2021).

It’s clear this isn’t Google / Nest’s first camera rodeo the moment you unbox it. Everything from the magnetic base (and similarly magnetic charging cable) to the mounting mechanism and the setup speak to a product that’s evolved over multiple generations, getting a little better each time. The accompanying app has gotten smarter and slicker and its new features come not just to the battery-powered Nest Cam I tried, but the new wired cam and Nest Doorbell, too.

Installation starts with plugging in the Nest Cam to charge it, opening the Google Home app, and then scanning a QR code to pair the camera. Once the Nest Cam has a bit of juice, the next step is figuring out where to point it for the best view. This is best done with your phone in view so you can check what the camera’s seeing. As with all Google Home products, the app’s step-by-step instructions are easy to follow.

Installation is simple: Mount the included base plate to the wall with two screws, twist the magnetic base onto that, and then attach the camera to the base. The magnets in the camera and base are really strong (if you have a pacemaker, I’d get someone else to install it for you, frankly). But then, they have to be, given the new Nest Cam is designed for outdoor as well as indoor use... which also means it’s waterproof. If you don’t want to make holes in your walls, Google also sells an optional, $29.99, Nest Cam Stand.

You can set the camera to notify you when it sees animals, people, vehicles, or packages. You can also set it to only look for movement in certain, predefined portions of its 130-degree field of view. What’s impressive is that all of the basic functionality, along with storage capacity for up to three hours of “events” over up to 30 days, and the ability to live stream video and audio at any time, are all included in the $179.99 price. Plenty of other IP cameras want a monthly subscription for any recording at all.

There is an optional monthly subscription service called Nest Aware that bolsters how much recording time you get for $6 a month (or $60 a year), but three hours of events turned out to be a lot when each event is only a few seconds long. I got a whole month of events without any warning I might come close to running out of my allotted allowance.

If you want 24/7 recording ... you’ll need to hardwire the camera rather than rely on its battery.

A Nest Aware subscription can also let you set notifications for familiar (or unfamiliar faces), but I didn’t miss the feature... but then, I don’t have children, staff, or other people coming and going I might want to know about. And, when it comes to the camera seeing people I don’t know, notifications when I’m away cover that terrifying eventuality. If you want 24/7 recording with Nest Aware, you’ll need to hardwire the camera rather than rely on its battery. Google includes a 9.8-foot indoor-use-only cable to this end and separately sells two weatherproof cables, a 16-foot one for $17.50 and a 32-foot one for $20.

The camera also works at night thanks to six built-in 850nm infrared LEDs (Google says its range is about 20 feet), and you can also zoom in on the 1080p footage or live view from the 2-megapixel sensor, but only digitally, so inevitably things get grainy fast.

In theory, if you set up what Google calls “presence sensing” for each member of your household you can set the camera to only turn on (and record / notify you of any events) when no one is home. It works this out by using geofencing on your and your family members’ smartphones. In practice, though, I found this hit and miss. Sometimes I’d get notifications of my own movement, or my wife’s, despite triple-checking that I’d set it to only work when neither of us was around and that both of us had the necessary location permissions set.

But, in Google’s defense, most of these wayward notifications coincided with the two weeks in which I had incessant internet woes. Nonetheless, it was super unsettling seeing the green indicator light on the front of the device that denotes it is recording (or someone is watching the live feed) illuminated when I wasn’t expecting it to be.

It was also sort of weird looking at clips of myself walking to the kitchen or sitting at my desk working when I didn’t think I was being recorded. But, again, these are the strange experiences you set yourself up for when you invite a prying digital eye into your personal space. So. Yeah. Umm. ¯\_(ツ)_/¯

The new Nest Cam with battery tips the scales at just over 14oz (398g). That heft is mostly due to the built-in 6Ah, 3.65V, rechargeable lithium-ion battery. A welcome change to the app interface is that instead of indicating how much charge remains as a percentage, the Home app now defaults to telling you roughly how much charge remains as a measure of time. So, for instance, after six weeks of use, I had approximately two weeks of use left from the remaining 29 percent of charge.

That’s far more intuitive and useful, and it’s calculated based on a combination of previous use and the current weather conditions (battery performance is affected by temperature). An optional “automatic battery saver” lets you adjust the camera setting when the remaining battery life drops to around seven days (or around 20 percent) so that it only records people-related events and reduces the video quality from the default 1080p.

It’s totally conceivable you may only have to charge the thing monthly at most.

Your mileage will of course vary depending on where you place the camera and which of its features you choose to enable, but it’s totally conceivable you may only have to charge the thing monthly at most. That’s pretty impressive and makes it possible to install it in places where running a power cable isn’t practical.

The camera will also record events even if your power or internet goes out, which is another feature that’s pretty unique to the Nest range, and offers further peace of mind. Speaking of peace of mind, though, Google recommends buying the optional “Wasserstein Anti-Theft Mount” for $14.99 if you’re planning to mount the camera higher than 6.5 feet up, or somewhere someone might easily be able to remove it.

An integrated speaker and mic let you get audio from, or push audio to, the Nest Cam, and you can choose whether or not the device records audio during setup. I didn’t have much use of the feature beyond confusing my cat, but I can imagine it’s useful if you’re expecting a delivery and want to ask the delivery person to place it somewhere specific. Doubly so if you’re using the new Nest Doorbell, which also includes the feature.

If you have Google Nest Hub smart displays you can also use them to show you a live feed of the camera. Again, how useful this is will depend on where you put it, and again, my experience of this was a little hit and miss. Perhaps it’s because I’m using an aging first-generation Nest Hub, but the first few times I asked the Assistant to show me the view from the camera I only got error messages. I eventually resolved the problem by rebooting it, opening the live view of the camera on my phone, and then asking the smart display to show it once more. I had to do this again after changing my Wi-Fi router to solve the aforementioned internet troubles.

Technical hiccups aside, the Nest Cam with battery is an impressive device. Out of the box, it packs a huge selection of features you often have to pay more for, it’s really simple to set up, the battery life is superb, and Google’s made customizing it for your particular needs really easy.

If you’re already ensconced in Google’s smart home ecosystem and you want an IP security camera in your life, the new Nest Cam is easy to recommend. As for me, though, I’m moving it to my balcony so I can keep an eye on the local fauna and wander around my apartment in the nude in peace again.