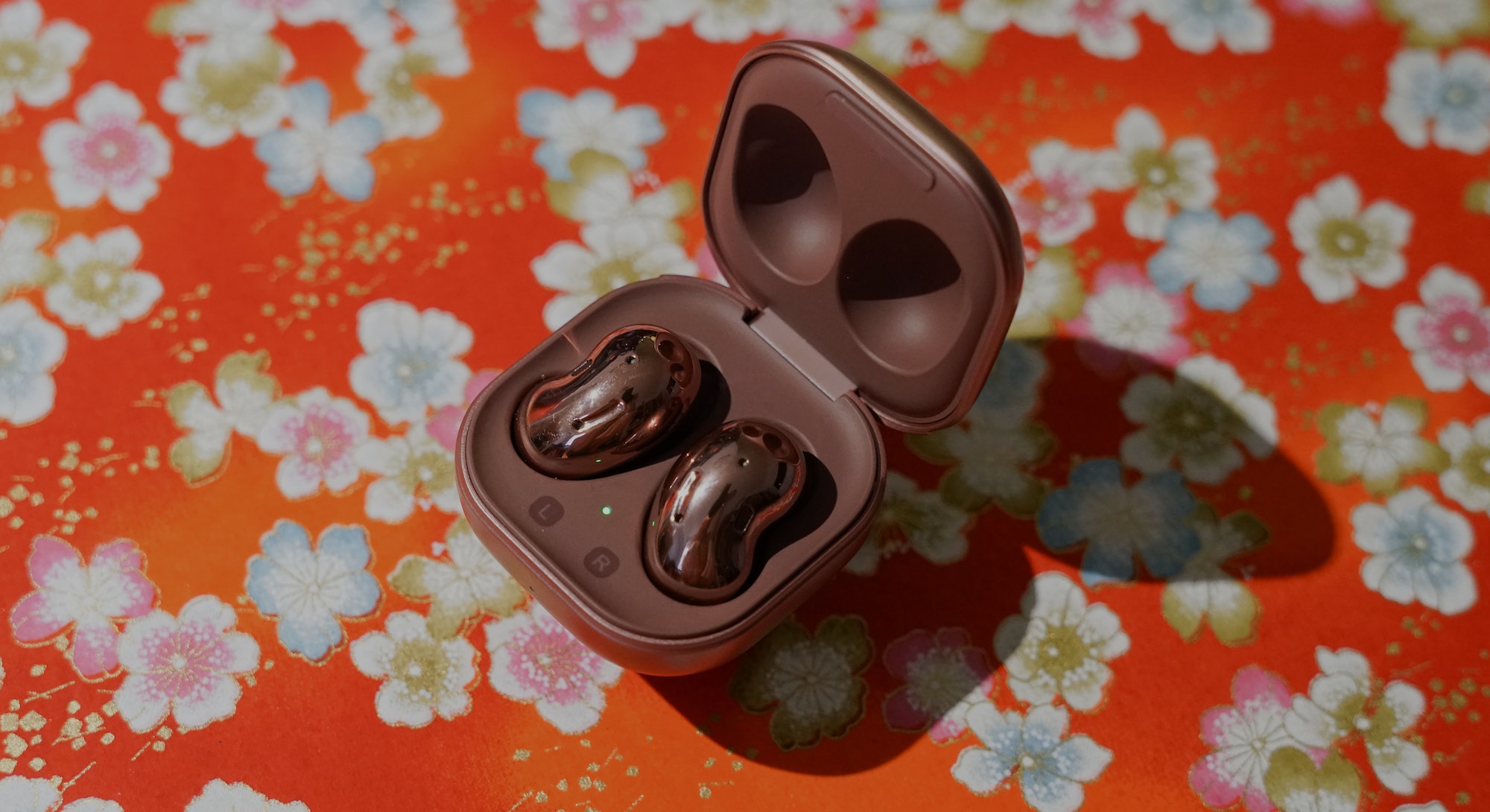 People can’t stop talking about the beans in my ears. And when I say beans, I mean Samsung’s Galaxy Buds Live.

I’m not exaggerating when I say the Buds Live are the most talked-about wireless earbuds to come out in years. Everything about the Buds Live is so weird. From the bean-shaped design to the open-style active noise-cancellation (which really doesn’t do much, to be honest), the buds are a breath of fresh air for wireless earbuds in a way that AirPods clones aren’t (I'm so sick of AirPod knockoffs).

At first, I thought the $170 Buds Live — wireless earbuds with active noise-cancellation — would deliver an instant KO to the AirPods Pro, which cost $250. But alas, they are no AirPods Pro killer. Despite their really wimpy noise-cancellation, the Buds Live are pretty solid as a regular AirPods competitor if you want something that looks different and has similar sound and battery life. Just don't expect them to rise above the most popular wireless earbuds in any particular way beyond aesthetics.

The first time I put the Buds Live in my ears was a total fail. The right bean fell out of my ear while I was in the bathroom and narrowly missed the toilet bowl by a few inches. I disinfected the hell out of the poor bud and realized that I should have pushed them in a teensy bit more so that they tucked under the fold of my ear.

The buds felt weird at first since there’s no ear tip to lodge into my ear canal to hold it in place and the flat bean-shaped design essentially sits parallel to your ears. But after realizing my mistake, I’ve had no issues with the fit. One time I forgot I had them in my ears as I frantically searched my apartment for the buds I thought I misplaced.

A bunch of people asked me on Twitter whether or not they’ll fall out during runs. I wore them on two short 1-mile runs (running with a face mask on is tough!) last weekend and the Buds Live didn’t come out. Of course, I can’t say with certainty that they won’t fall out for anybody else; some of my friends say they can’t wear AirPods during runs because they fall out, but I’ve never had problems.

The charging case is also nice and tiny. I love that its size doesn’t skimp on features: you still get wireless charging.

In my fantasy, the Buds Live trounce the living daylights out of all other wireless earbuds. Unfortunately, I live in reality, and they sound just okay. The open-style design pretty much clues you into what kind of sound to expect.

After a week of listening exclusively with the Buds Live, I’m now positive they sound on-par with regular AirPods. You get good stereo separation, decent mids, slightly muddy highs especially at higher volumes, and not a whole lot of bass. For more bass, you have to use the Galaxy Buds app and set them to Bass Boost, which does increase the low-end just a little bit more. The app is limited and has a few other sound presents (better than nothing), but I wish it had a customizable EQ.

We’re really talking about some really minor differences between the Buds Live and AirPods and OnePlus Buds. They sound so similar. Samsung says the Buds Live have active noise-cancellation. But that's stretching the truth a little bit. The Buds Live's active noise-cancellation (activated with a long press on either bud) barely blocks out the faintest background noise. You won't be blocking out cars honking or even the hum of an air conditioner with these buds. The ANC is so weak that I left it turned off to extend battery life. The Galaxy Buds+’s passive noise-cancellation, achieved entirely with its silicon ear tips and wingtips, is far better at blocking out sound.

Another thing you won't like: microphone quality. On several phone, Zoom and FaceTime calls while connected to an iPhone, MacBook Pro, PC, and Note 20 Ultra, the people on the other end said I sounded really bad. Often distorted and hard to hear. This is maybe the Buds Lives' weakest point.

Controls are nice, too. Each bud has touch controls. Single tap for play/pause; double tap for next track/answer and end calls; and triple tap for the previous track. The long-press for each bud can be somewhat personalized. By default, it turns ANC on and off. But you can go into the app and change them to control volume down (left bud) and up (right bud) or to launch a voice assistant.

Samsung set the bar for battery life really high with the Galaxy Buds+, which last up to 11 hours on a single charge. The Buds Live lasts about half as long: up to 6 hours with ANC and up to 8 hours without ANC. That’s longer than AirPods Pro (4 to 5 hours with and without ANC) and AirPods (5 hours).

Personally, I think the battery life is good. It’s rare that I use earbuds for longer than 5 hours. It’s not like I’m on long flights anymore. Also, charging the buds in the case for an hour is enough to recharge depleted Buds Live and a five-minute charge with a cable through the case’s USB-C port adds an hour.

But if you want the longest possible battery life on a single charge, the Buds Live fall short of the Buds+’s 11 hours.

The active noise-cancellation barely blocks out the faintest background noise.

The best thing the Buds Live have going for them is that they’re different. They look different. Fit differently. And I guess, technically, you could say the so-called ANC is different than real ANC even though it barely qualifies as noise cancellation.

Rarely is "different for the sake of being different" enough to sell a product. But in this case, the Buds Live are different, but they also don’t sound worse than your typical wireless earbuds in this price range and the battery life isn’t subpar, either. If Samsung had priced these beans any more, this review would have a very different ending.

Weirdly enough, I really like the Buds Live. I’m sure if I was able to see more people, they’d be a real conversation starter. I mean, they’re beans in your ears. Thank god they don't have stems.