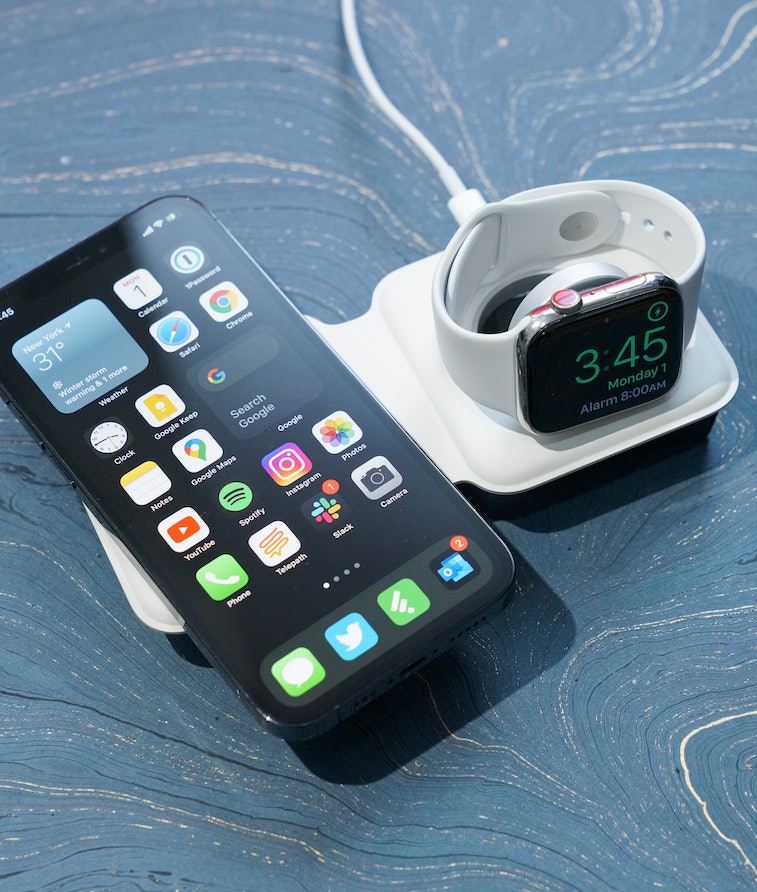 The charging pieces are cheaper purchased separately, but three months of using the MagSafe Duo, Apple’s foldable 2-in-1 iPhone 12 and Apple Watch charger, has convinced me that the hassle-free charging accessory is worth the $129.

Let’s do some quick math first. When the MagSafe Duo launched a few months ago, reviewers shredded it, calling it overpriced and flimsily made. In all fairness, $129 for a dual charging accessory is expensive. But also: classic Apple. Here’s what each piece, purchased separately from Apple costs:

The total works out to $106 before tax. If you buy all four of these from Apple, you save $23. The caveat is that the MagSafe Duo doesn’t come with a charger, which means if you don’t have one, it’s going to cost another $19 from Apple and bring the true cost of the MagSafe Duo up to $149.

Substitute the official Apple chargers and cables with third-party versions from Anker or Aukey, or whoever and you can save more money. The bottom line is: it’s cheaper to roll your own iPhone / Apple Watch charging solution. Not to mention, there’s a bevy of integrated charging pads and stands from the likes of Belkin, Mophie, and the lot.

The disadvantage to DIYing your own MagSafe + Apple Watch charger is double the cables and double the chargers. On the other hand, the MagSafe Duo uses one Lighting-to-USB-C cable and one charger.

There were some initial complaints about how the MagSafe Duo is gimped in a way. With a 20W charger, the MagSafe Duo is only capable of wirelessly charging devices at up to 11W. And to get 14W wireless charging speeds, you need a 27W charger (Apple doesn’t sell an official one so you need to buy a third-party one) or higher. Apple sells a 30W charger for $49, which means if you want the fastest wireless charging speeds with the MagSafe Duo, it could cost you $178 total. All of this reeks of nickel and diming.

But here’s the first half of my argument in defense of the MagSafe Duo: the faster 14W wireless charging is overrated. The MagSafe Duo is an accessory designed to mostly sit on your desk or nightstand. Pop your iPhone 12 and Apple Watch on it before bed and both will be fully charged when you wake up. In three months of using the MagSafe Duo, I’ve never once wished the wireless charging was quicker.

You’d have to be abusing your MagSafe Duo to see real wear and tear.

Here’s the other half: If you need to fast charge your iPhone 12, just unplug the Lightning cable from the MagSafe Duo and connect it directly. Boom: fast charging at 18W or 20W.

If you absolutely must get the fastest wireless charging — where are you in a rush to when we’re still in a pandemic? — I recommend getting a non-Apple 30W charger. Here’s one from Aukey for $20. Other vendors sell them for even less.

I’ve been using an 18W Apple charger and everything’s been fine. Hell, up until this morning I thought I was using a 20W charger. Turns out the 18W and 20W charger look identical. But unless you look at the labeling (or no labeling on the 18W charger) next to the prongs, you wouldn’t even know. Not that it matters since both max out at delivering 11W of wireless charging power to the MagSafe Duo which, again, is all you need if you’re charging your devices overnight.

This all sounds really complicated because it kind of is. Charger compatibility and output is such a confusing mess that Apple has a lengthy support document that breaks down the differences. For example, did you know that the iPhone 12 mini can only charge at “up to 12W of peak power delivery” with Apple’s MagSafe chargers? The iPhone 12 and 12 Pros can charge at up to 15W.

All of this could have been avoided if Apple just included a 20W power adapter with the MagSafe Duo. Apple, you’ve got over a trillion dollars. Why did you make decoding MagSafe’s charger compatibility and power output so needlessly confusing for the layman? I’m pro-sustainability and reducing e-waste, but this complexity is the opposite of “it just works.”

I want to address another complaint many people have with the MagSafe Duo: its design. Or rather, its “cheap-feeling” soft-touch rubbery material. This is the same material you’ll find on the Magic Keyboards for the iPad Pro and iPad Air 4. A lot of people griped about it being flimsy, easy to get dirty, and not very premium-like. I agree with all three of these critiques. But after three months on my nightstand and a couple of trips getting tossed around in my backpack, I can definitively say, aside from a little bit of dust, the complaints are greatly exaggerated. Mine is still in great condition. There were some concerns the edges would fray and split open, but I’ve yet to see any damage. You’d have to be abusing your MagSafe Duo to see real wear and tear. In which case, you might want to seek help. There's some very faint yellowing on the underside mainly from sitting on my nightstand, but a magic eraser wiped it right off. (Update 1/29/22: A year of sitting on my nightstand — and the occasional hotel trip or two — the yellowing has deepened and a magic eraser can’t whiten it. Maybe Apple should have made this a dark gray like the Magic Keyboard.)

When the pandemic is over, I imagine I’ll get more use out of the MagSafe Duo when I’m traveling and staying at hotels and Airbnbs again. The folding design keeps the dual charger slim and compact (still love my tiny, multi-purpose gadgets). It really beats untangling and wrapping multiple cables and scooping up multiple chargers. I stayed over at my sister’s house during the holiday break and the MagSafe Duo and its one cable and single charger was a godsend. The fewer chargers and cables to remember to unplug from an outlet when I’m away from home the better.

I really like the MagSafe Duo. I know it’s expensive and I know that the charger situation could be better, but I’ve also never mischarged my iPhone 12 or Apple Watch since I started using it. With Qi charging pads, I’d always wake up to find my iPhone not charged. The only thing that would have made the MagSafe Duo even better would have been a third area for wirelessly charging AirPods. The MagSafe charging ring can wirelessly charge AirPods since it’s based on Qi wireless charging. But obviously, you don’t get any kind of magnetic alignment with the AirPods charging case and you can’t do an iPhone 12, AirPods, and Apple Watch simultaneously. Maybe Apple can make a three-fold MagSafe Trio in the future that delivers the ultimate wireless charging experience to fill the void of the AirPower that never was. Also: a black or gray version of the MagSafe Duo would have hidden dust and discoloration better.

I’m in the minority who are willing to pay a little more for convenience. During these turbulent times, I’ve got enough stress in my life. I don’t need additional physical clutter and constant charging frustrations to add on more. The MagSafe Duo solves a very first world problem. But so does any wireless charger.