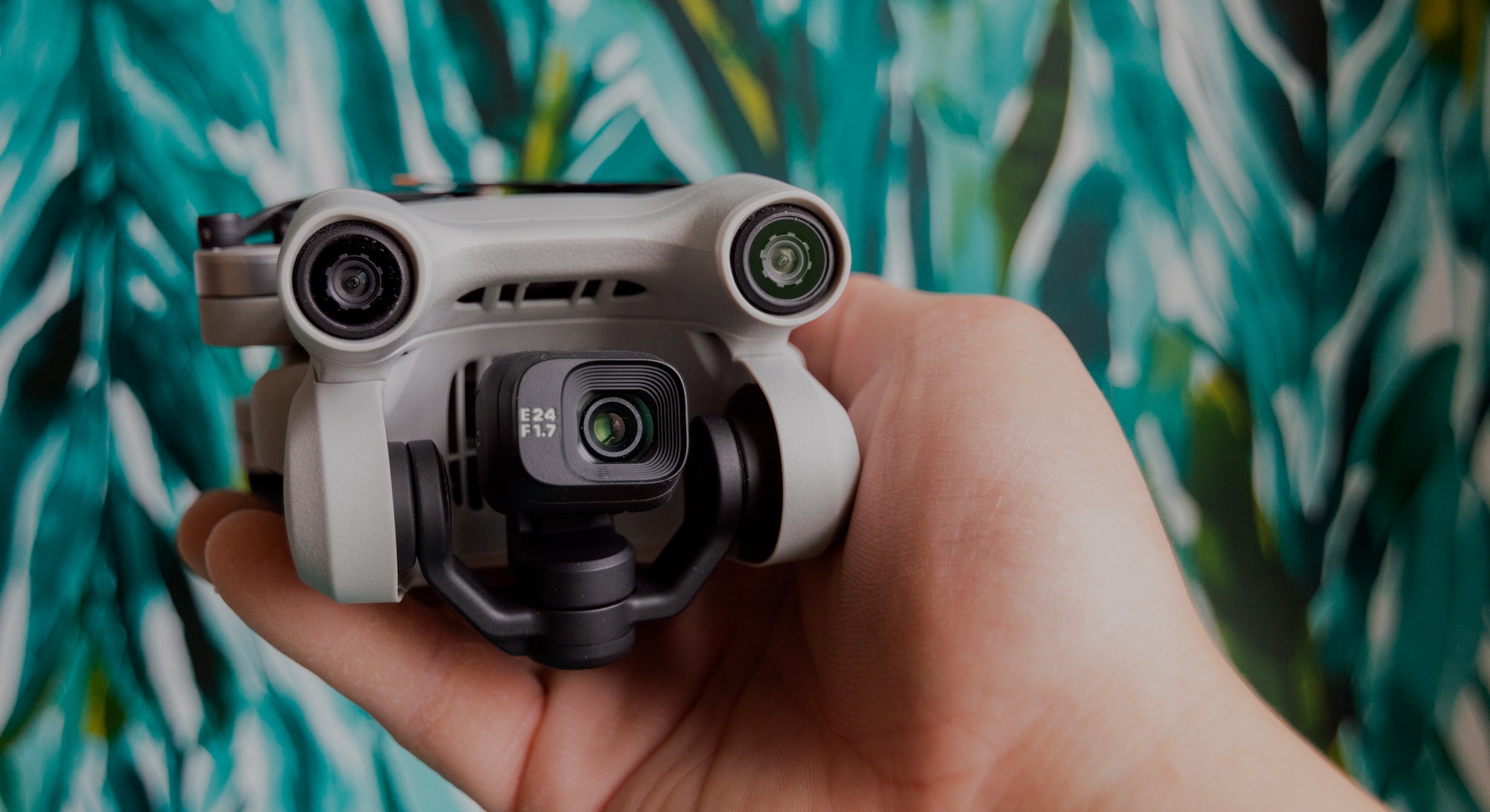 When talking about drones, there’s a sweet spot of weighing less than 250 grams so that it doesn’t have to be registered with the Federal Aviation Administration (FAA).

But the tradeoff is that drone makers usually have to cut premium features to meet that weight limit. That leaves consumers with the choice between a more expensive drone with all the latest tech, or one that is much lighter but lacks some crucial features.

Somehow, DJI was able to hit that sub-250-gram mark with its Mini 3 Pro while still including features like obstacle detection, 4K at 60 fps video recording, and DJI’s FocusTrack suite that will keep even the pros happy.

The Mini 3 Pro may be tiny, but it still has obstacle detection, long flight times, and ActiveTrack features.

At 249 grams, the Mini 3 Pro weighs almost as much as an iPhone 13 Pro Max (240 grams). When folded up, the Mini 3 Pro can actually fit in your pocket since it measures about six inches long, 3.5 inches wide and about 2.5 inches tall. It’s not the most practical to shove into your pocket since you could bend a propeller, but the fact that you can means the Mini 3 Pro fits into pretty much any bag. That portability is a huge selling point because you’re more likely to bring this with you everywhere.

Even fully unfurled, the Mini 3 Pro still has a very manageable profile, especially compared to DJI's larger and pricier Mavic 3. In comparison, the Mini 3 Pro feels a bit more plasticky and toy-like than the Mavic 3, but the weight cut is worth it.

DJI also added the MasterShots features to the DJI Mini 3 Pro, which gives you a quick-and-dirty edit after a two-minute pre-programmed flight path. It’s a handy inclusion for the Mini 3 Pro and a simple way for beginners to get into drone videography.

As a first for any DJI drone, the Mini 3 Pro can completely rotate its camera 90 degrees to shoot native vertical video. This way, you don’t have to crop in on footage and lose quality when you’re posting to social media platforms.

It’s a brilliant way from DJI to better adapt its drone footage for social media posts, which is what the Mini 3 Pro seems suited for anyways. Although you can shoot photo and video vertically, you don’t get access to many features like the FocusTrack modes, QuickShots, MasterShots, or Hyperlapse.

DJI was able to fit a 1/1.3-inch CMOS sensor into the Mini 3 Pro for 48-megapixel photos. The camera was able to hang even in low-light situations, like when I was shooting sunset scenes at a carnival in town. The camera’s wide-open aperture is locked at f/1.7 so it was able to handle darker scenes just fine, but it was also surprisingly able to keep most of the scene in focus.

On the video side, the Mini 3 pro can shoot up to 4K at 60 fps and slow-mo videos at 1080p resolution at 120 fps. You won’t get the 5.1K video resolution and the Apple ProRes codec compatibility that the Mavic 3 offers, so it might be a dealbreaker for the more serious videographers out there. For someone like me who’s just looking for some cool drone shots, the 4K video quality was more than enough to capture all the small details of the rock and the climber when I was filming rock climbing.

Looking past the suboptimal obstacle detection, there are some other minor downsides to the Mini 3 Pro. For someone who always has short fingernails, it was constantly a pain to retrieve or insert a microSD card into the slot that felt more recessed than usual. I ran into the same issue with the new DJI RC. It’s a minor inconvenience, but I can see it being a hassle when you need to swap cards in the field.

I tested the Mini 3 Pro with the new DJI RC (remote controller) that has a 5.5-inch 1080p display and the DJI Fly app pre-installed. There's also a version of the drone without a remote controller (good if you already own one) and a model with the RC-N1 without a built-in display (you can attach a smartphone to it, though).

Flying the Mini 3 Pro with the new DJI RC was way less of a hassle than using the RC-N1 which requires you to set up your smartphone in a way where it doesn’t pinch any of the buttons. The new remote controller is basically a cleaner, easier-to-use version with extra buttons on the backside, and it made piloting the Mini 3 Pro a lot smoother.

Just don’t forget that the higher capacity battery will also make the drone weigh more than 249 grams, which would require you to register it with the FAA. But how would anyone ever know that you've exceeded the weight limit with a battery? If you somehow crash your drone and authorities inspect it and find you were flying it without a registration, there could be some serious consequences, especially if it involves anything fatal. Let’s just say it’s never a bad time to brush up on your area’s drone regulations.

As solid as the Mavic 3’s obstacle detection features are, it’s a bit of a letdown that DJI didn’t bring the full package of sensors to the Mini 3 Pro. The Mavic 3 has omnidirectional sensors making it very hard to crash, but the Mini 3 Pro only has three-directional obstacle sensors for going forward, backward and downward. There are no upward or lateral sensors on the smaller drone so I sorely missed this extra sense of security, but 50 percent of directional coverage is not bad considering the size and weight.

I would’ve loved to have lateral sensors on the Mini 3 Pro since I crashed the drone a couple of times during testing. The first instance happened when I was slowly panning the drone up and it hit a branch that it didn’t detect from the side. This one wasn’t too bad as the Mini 3 Pro corrected itself and restabilized after the collision.

The next crash happened when I set the ActiveTrack to follow me at the skate park. It eventually crashed into a tree while it was moving horizontally since it was trying to keep up with me. The Mavic 3’s obstacle sensing did feel a little wonky when I set it to automatically track a subject and we may be seeing that again here with the Mini 3 Pro. To be fair, DJI recommends that you always have your eyes on the drone as you fly it, so I’m accepting most of the fault here since I was busy cruising around the skate park.

There are certainly a couple of questionable design choices, but I consider the Mini 3 Pro to be the best drone for beginners. The Mini 2 is still priced much more affordably at $449, but it’s far more worth it to spend a little extra for the Mini 3 Pro at $669. The inclusion of obstacle detection is worth the $220 difference alone, but you also get improved photo and video quality, MasterShots, and native vertical shooting. You can even ball out and bundle the new DJI RC with it for $909, or go with the original RC-N1 controller for $759.

I consider the Mini 3 Pro to be the best drone for beginners.

It’s hard to not make the comparison of the Mini 3 Pro being the younger sibling to the Mavic 3, but that’s not such a bad thing. It’s more than three times lighter than the Mavic 3 and is way easier to bring with you anywhere. At $669, you’ll easily get your value back in the number of cool drone shots you’ll get.