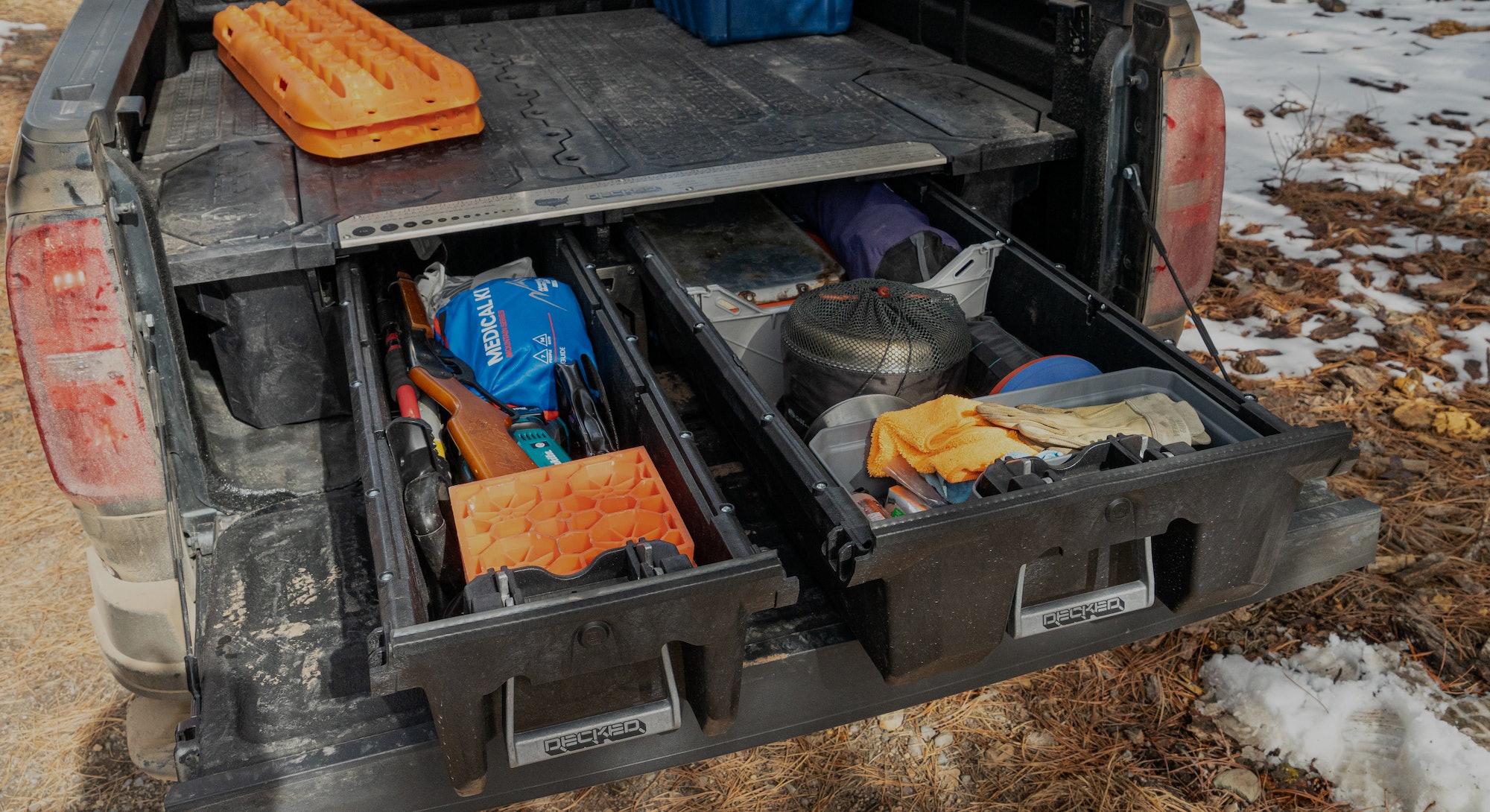 The pickup truck is easily one of the most utilitarian vehicles on lots today.

It was designed, originally, as a work and farming tool; incredibly capable of hauling gear or materials, sturdy, and convenient, but lacking the creature comforts found in everyday cars. While trucks still retain a lot of that DNA — primarily in the form of the giant metal cargo hold behind the cab — they have steadily taken a form that goes well beyond the humble farm truck.

The interiors now are as comfortable as sportscars, they ride nicely on pavement, many are on the path to being fully electric, and they’re as much a utilitarian necessity as they are a fashion statement for a lot of owners. A truck’s bed doesn’t need to be open air 24/7, always capable of hauling two tons of cement, or filled with power tools to make it a pretty obvious step up from the relatively meager space and durability of the trunk of an SUV. A truck doesn’t need to be a work truck for its owner to still be justified in owning a truck. And it’s those people who would benefit the most from the Decked Drawer System.

The Decked system ($1,499.99) puts two giant drawers and a few other storage nooks and crannies into your truck bed allowing you to organize and have easy access to basically anything you plan to carry, but without losing most of the bed’s original functionality. The drawers sit under a steel-reinforced high-impact polymer resin top which sits about 12 inches above your truck bed’s typical floor and can support 2,000 pounds of payload on top. While losing a little bit of your truck bed’s depth might not be ideal for all users, for many (arguably most) it’s hardly a sacrifice to shift how you think about and use the back of your pickup.

The Decked system offers an easy way to organize your truck bed.

Bigger than you think

I don’t work on a farm, nor in construction, but I would have a hard time trading my 2018 Chevy Colorado for almost any other set of wheels. Up front, it’s comfortable and spacious for long trips (it’s done the New York to Denver trek once so far), handles the winters in rural Colorado as well as anything, and — maybe most importantly — can carry all of my stuff. Bikes, skis, piles of backpacking gear, a couple of sheets of plywood for the occasional project I use to make myself feel handy. Having all that truck bed space (even if I have the shorter version) is something you don’t realize you want (or need) until you’ve had the opportunity to load that space up.

The bed of my truck gets most of its use on long car camping trips. Just last summer, I had it loaded up with enough gear to survive the 3,000-plus-mile journey up to Alaska, plus all the gear I needed for a month-long mountaineering expedition when I got there. I was fully self-sufficient, living out of the truck bed and sleeping in a rooftop tent on top. That said, it wasn’t particularly easy to stay organized and there weren’t too many things that I could access without crawling into the truck bed and shuffling around bags. The Decked system is the answer to that problem.

The system comes with two drawers, one narrower and one wider, which stretch nearly the entire length of the truck bed. Plus, on both sides, filling in the empty space behind the wheel wells, are two ammo cans” as Decked calls them — basically buckets with lids that fill from the top. The most useful setup for me is filling the narrower drawer with truck stuff: tow straps, a shovel, a tire puncture kit, an air compressor, a window scraper, even a first aid kit. This is the drawer of stuff that I will always want to have with me in case I get stuck or have another issue. The wider drawer is loaded with camping gear: a two-burner stove with propane, pots and pans, my camp chair, and a bin of small items like silverware, fire-starting gear, and loose items. This bin still has a lot of room to spare and with a capacity of 200 pounds each, I may never fill either of these bins with the amount of weight they can take.

This is all gear that would have normally lived in a collection of rubber totes sitting in my truck bed. Instead, the drawers give me much easier access to all of it while still giving me a blank canvas in the truck bed itself. I can easily throw a couple of pairs of skis on top without needing to play Tetris to fit them around any bins. (If anything, loading things like skis is even easier because the wheel wells are out of play.) And instead of pulling out bins and rummaging through them, I can just pull out a bin and see everything laid out in front of me. The drawers feature a solid locking mechanism that keeps them from rolling out when you don’t want them, and a notch in the track system keeps them from sliding back in until you give them a push. The smoothness of the rollers and the ease that everything moves in and out speaks to the quality of the materials Decked used.

The Ammo Cans on either side are much simpler, basically just allowing you to take advantage of some of the space that can’t be utilized by the drawers. Simple lids snap on top, giving you access to random items when the tailgate isn’t down. For me, the bed of my truck is the most useful when I have a cap on top, but Decked pledges the whole system is weatherproof and you can get some add-on locks for the drawers, though they really can’t slide out without the tailgate down.

Bonus points: There’s a bottle opener between the two drawers and a metal ruler mounted on top. The system also ships with a handful of dividers in the drawers and two different-sized tackle-like boxes that fit snugly into the drawers, if you want to organize smaller items.

The Decked system definitely comes with some installation required, but if you’re installing one of these in the back of your pickup truck, you probably revel in a project — getting out the wrenches is a feature, not a bug. Thankfully Decked offers free shipping, because, for me, the whole package comes on a pallet off the back of a semi. Putting it together, while it takes some time (it took me under three hours, and I wasn’t rushing), was pretty easy for me. The directions are clear, the parts well labeled, and the step-by-step is pretty simple. Just fit the pieces together (in a particular order) and bolt them in. With my truck, the system attaches to pre-established points in the truck bed, so there was no drilling required, but different trucks require different methods. At the end of the process, the system was apparently designed specifically for my truck, fitting just snug enough into the truck bed.

For me, the Decked Drawer System is the perfect addition to a self-sufficient mobile adventure rig. With a cap on the truck, I can keep the things I need to access most frequently, easy to reach in the drawers, and the less important gear on top.

Where the Decked system might not work is when you need the full depth of your truck bed — Maybe you carry loose dirt or other materials regularly and can only fit as much as your bedsides are tall. You’re definitely sacrificing some of that depth with the drawers. Similarly, if you use a tonneau cover on your truck bed, the amount of space between the top of the drawers and your cover might be too slim for a lot of items.

That said, the percentage of people using their truck to regularly haul loads of dirt is almost certainly decreasing. Instead, the truck bed is a place to store fun items, or it’s a closet when you’re away from home. For those people, a couple of drawers in the back of your truck can pretty dramatically change how you think about and use the back of your pickup.