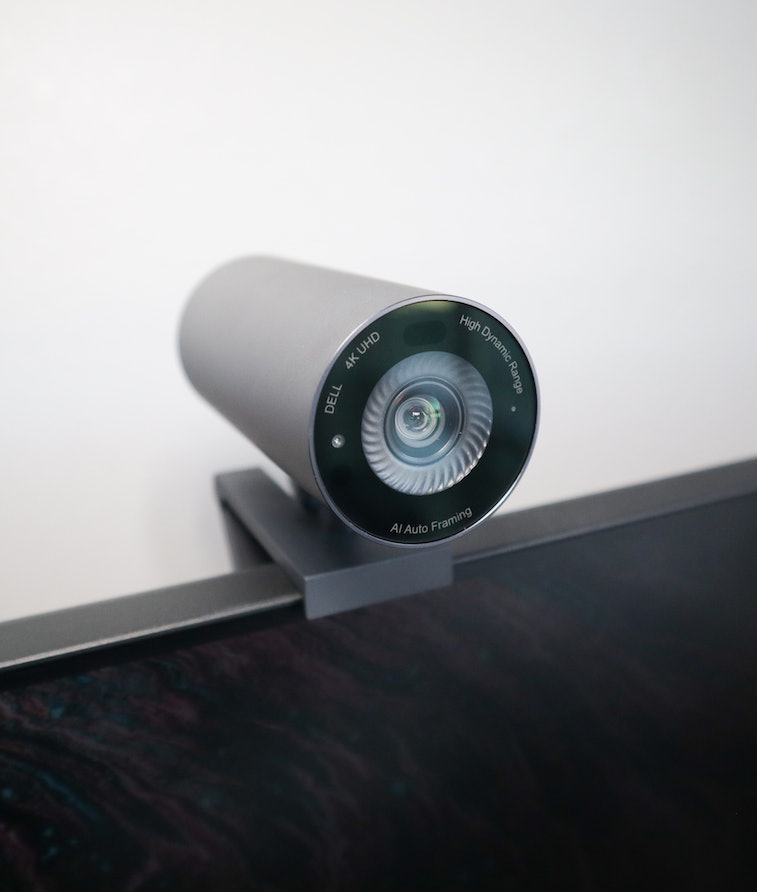 When the Dell UltraSharp 4K webcam was announced earlier this year, we put it in the hot seat. We couldn’t help but point out its lack of a built-in mic, especially with it fetching $200.

It seemed ludicrous that a high-end webcam didn’t include a microphone when almost all cheaper webcams do. After testing it and comparing it against my current webcam, the decision to omit a mic still doesn’t make sense. But the image quality is tops — one of the best webcams in my opinion even if it’s overkill for most people.

For work or school, the Dell UltraSharp webcam doesn’t make a whole lot of sense given the price. But if you compare the webcam to a way more expensive mirrorless camera for streaming or content creation (i.e. A Cam for talking head shots), where you’re likely going to have a separate mic anyway, then the $200 price tag is reasonable.

There’s no denying that the UltraSharp is one of the sleekest webcams I’ve ever seen with its clean design, clever mounting options, and magnetic lens cap for privacy. The Opal C1 is equally as aesthetically pleasing. Its cylindrical aluminum design is eerily reminiscent of Apple’s iSight webcam that was discontinued in 2008.

There’s a 1/4”-20 adapter mount that works great for the SmallRig clamp mount I’ve attached to the monitor. The other mount is even better. Its distinct “7” shape grips the top of your monitor, with the longer back leg pushing up against the back part of the monitor for stability. It’s a genius mount that’s made better by the fact it magnetically attaches to the webcam, meaning you can pull the webcam off at any moment.

So it looks nice, but what about specs? The UltraSharp webcam uses a large Sony Starvis CMOS sensor, which is also used in many new webcams such as Razer’s similarly-priced Kiyo Pro. The 8.3-megapixel camera is capable of shooting up to 4K video at 30 fps or 720p/1080p at 60 fps. It’s not the first 4K webcam to ever launch, but it’s still impressive.

What’s more impressive is the Dell Peripheral Manager software for Windows, which is simple yet packed with features that can tailor the camera to your liking. You can choose the resolution, framerate, and field of view (65, 78, or 90 degrees) and toggle settings like auto white balance and noise reduction. Changes are applied instantly so you can see in real-time what works. The UltraSharp is plug-and-play with macOS, but the software is only compatible with Windows, so you won’t be able to access any of the advanced features.

What stood out to me was not the 4K or framerate, but two things: AI auto framing and low-light performance. AI auto framing tracks your face and zooms in and out to keep you centered. If you’re the type of person that likes to move around and rotate your chair, AI auto framing works like a charm. The centering isn’t lightning fast — quick, abrupt zooms would be jarring to whoever is watching — but more of a smooth transition. After a year of using my mirrorless Canon EOS M50 as a webcam (here’s a guide on how to use your DSLR or mirrorless camera as a webcam), not having to frame myself every time I make a video call is a nice quality-of-life upgrade.

The only downside to AI auto framing is when you have a fixed background; it will change as you move around. If you’re a streamer with a curated background made up of sponsored product placement, that may be an issue. Also, turning on AI auto framing disables 60 fps mode and the option to select a specific FOV or zoom level since it does it automatically. At least you’ll never have to worry about adjusting the camera every time you use it.

Part of what makes the AI auto framing so smooth is the autofocusing; they work hand-in-hand. The camera was always able to track my face and keep it in focus even in low light; that’s not the case with some webcams, which struggle with autofocus whenever you move around. As far as I could tell, the UltraSharp’s autofocusing speed seemed to match my Canon M50, which has a much larger image sensor and faster dual-pixel autofocusing.

The camera performs exceptionally well in low light, adapting to changing lighting conditions on the fly without so much as a click within the software. It simply takes care of it for you. When I set up both my mirrorless camera and the webcam side-by-side and had feeds from both cameras open on OBS, the Dell UltraSharp was the clear winner.

I tested the cameras at night, using only ambient lighting and one overhead LED lamp that I turned on and off at certain points. My Canon M50 appeared grainy and displayed my room as purple, though my LIFX Beam was set to blue. The UltraSharp webcam captured me with less grain and more accurate color that was closer to the blue hues from the smart lighting. The quality dropped significantly in both cameras when I had the overhead LED turned off, though it was the Canon M50 that suffered the most. Granted, the 2018 Canon M50 is not exactly new, nor was it designed to be used as a webcam, but it’s still a $600 ($780 at launch) mirrorless camera that gets outperformed by the $200 UltraSharp.

However, it’s daylight, not low light, shooting that I’m most concerned with. The way my desk is set up, there is a large window behind me that lets in a lot of natural light, and there's a building with a white roof across the street that acts as the world's biggest reflector. What ends up happening is the Canon M50 can’t handle the backlit window, overexposing everything behind me to the point where it’s distracting on video. It’s why I always have to close the blinds behind me. But that also makes it worse because then it’s too dark for a camera. It’s a game of back and forth that ends with me in a dark room and a very bright portable camera LED pointed directly at my face. I hate it.

There’s no denying that the UltraSharp is one of the sleekest webcams I’ve ever seen.

The good thing is that I didn’t have that problem with the Dell UltraSharp webcam. With the blinds open, the UltraSharp webcam adjusted, and though my face and skin did appear darker because of the exposure changes, the picture was clearer and not as overexposed. It’s one of those things that I didn’t realize at first because it worked so effortlessly... until I used my mirrorless again. Side by side in this situation, the image quality of the mirrorless looked like it came from an old Motorola Razr (not the foldable display kind).

Of course, the biggest drawback is the lack of a microphone. Like the 3.5mm audio jack, it’s something we take for granted until it’s no longer there. That being said, I’ve come around. The way I see it, if you’re buying a high-end webcam, you probably already own a microphone of similar quality to go along with it. I’ve had an Audio Technica AT2020 USB mic for years. I’m sure that content creators, streamers, and other folks who want quality video calls have a dedicated mic as well. It’s an extra expense that could range between $100 to $200, but the sound quality is better than the tiny microphones wedged inside webcams. The good thing is you have plenty of microphones to choose from, but if you don’t want to spend more money, I get it. I see how it can be a dealbreaker for some. Despite that, the tack-sharp image quality is just too good to pass up.

Another issue (although one that’s minor): the UltraSharp gets hot. It’s not something you’ll notice unless you’re adjusting the camera often. When I aimed my temperature gun at the webcam, it registered at 104-degrees F compared to around 73-degrees F when idle. Of course, that temperature is not enough to burn you, but prolonged high temperatures could accelerate the webcam’s lifespan.

At first blush, the Dell UltraSharp webcam may sound like an incomplete product to some since it doesn’t have a microphone. It’s a fair critique of the $200 webcam, yet I forgot all about the issue since I do own a separate microphone. For the past year, I’ve used my mirrorless camera in place of a webcam for the best picture quality on video calls. I also built a webcam out of a Raspberry Pi Zero W and the Raspberry Pi High-quality camera; the quality isn’t as great, but it’s small and simple.

The Dell Ultrasharp blends my favorite parts from both cameras. It combines the sharp video quality of my mirrorless with the simplicity and compactness of the Raspberry Pi webcam. It also includes other features such as AI auto framing, auto-light correction, and intuitive software. Like I said earlier, Dell’s UltraSharp is overkill if you’re not using it for serious content production like streaming or content creation. But if you are — or plan to do so in the future — this webcam is fantastic.