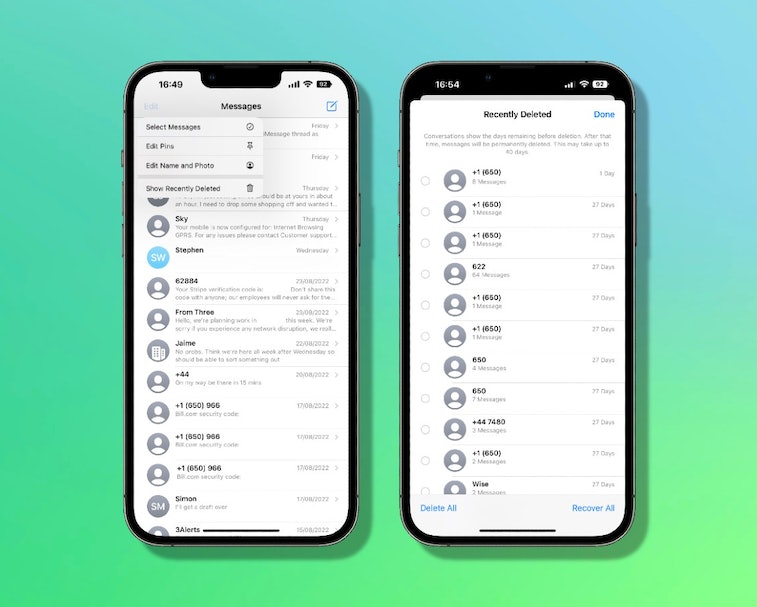 Deleting chats in the Messages app on your iPhone is a great way to clear out old conversations, but sometimes it’s easy to get carried away and delete something you shouldn’t have. Traditionally, those texts would be gone for good, but in iOS 16 you can recover those deleted chats in no time at all.

If you’ve downloaded the iOS 16 beta, or are just getting prepared for the update’s full release in September, here’s how to get those crucial messages back.

How to recover texts in iOS 16

Recovering a deleted chat might be the one easiest thing you could do in the Messages app, including marking them as unread. And it takes just a couple of taps, too.

Want to permanently delete all of your chats instead? Follow the same process but tap “Delete” instead of “Recover.” All messages will be deleted for good, but Apple warns it could take up to 40 days for them to be fully removed from its servers.