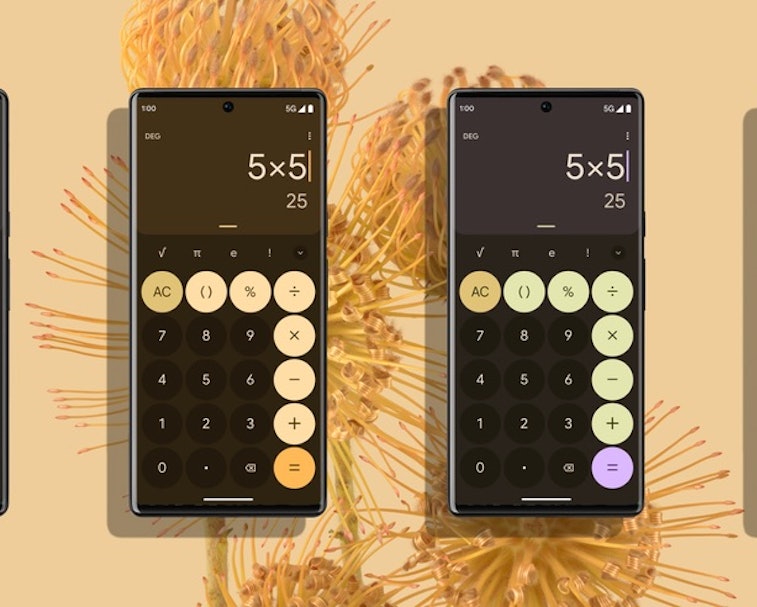 Google released the first public beta of Android 13 at Google I/O 2022 this week. It’s still too early to say how different the company’s next version of Android will feel in comparison to the major visual overhaul that came with Android 12, but as of today, the changes are minor.

What’s new in Android 13 — After updating my Pixel 6, I can’t say I noticed anything at first. The shift to Material You was such a stark change in Android 12 that most other visual changes still pale in comparison. After a longer look though, there seem to be some additional buttons in the Settings app, a slight redesign of the interactive “Now Playing” notification, and a resizable battery widget I don’t remember from Android 12. (9to5Google has an even more in-depth look of all the teeny, tiny tweaks if you’re curious).

The battery widget is a little silly with only one device on it.
Check out the much smaller “Play” button.

Ultimately, Google’s biggest changes either haven’t arrived yet, or I don’t have an easy way to test them. Features like improved security and safety across all of Android (like end-to-end encryption on RCS messages ) and better tablet support are the two I’m curious to see in action.

How to install Android 13 beta on your phone

If you’re itching to try Android 13 for yourself (and are totally aware of the risks involved), it’s actually very easy to join the beta program, at least for Pixel phones. Google supports its own Pixel devices along with select phones from Asus, Lenovo, Nokia, OnePlus, Oppo, Realme, Sharp, Tecno, Vivo, Xiaomi, and ZTE.

Here’s what you need to do:

You can follow the directions linked above for each other individual phone maker. Once you’ve joined, you should receive new beta updates as Google inches its way to launching Android 13 later this year.