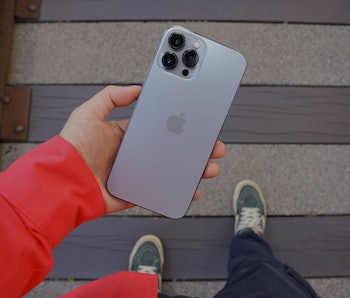 Is there anything worse than waiting for your iPhone to charge when you have somewhere to be? Even if you’re doing all that you can to make your iPhone’s battery last longer, it’ll eventually hit zero and you’ll need to wait around for it to charge.

While waiting for your iPhone to charge can feel like forever, that seemingly long charge time isn’t entirely psychological. There’s no magic trick that will have your iPhone’s battery going from zero to 100 percent in 10 minutes, but there are a few things you can do to ensure your iPhone’s charging capabilities aren’t being held back.

Use a wall charger

You should always try to use a wall charger when juicing up your iPhone. While USB charging cables make it easy to plug your iPhone into a PC, laptop, or gaming console, that will almost always result in a longer charge time.

Even if you’re using a charger with lower wattage, an outlet will usually charge faster most of the time.

Use a fast charger

Every iPhone model since the iPhone 8 supports “fast charging,” which should take your device from zero to about 50 percent battery in around 30 minutes.

That sounds lovely, but Apple has never included a charger with a high enough wattage to support fast charging. That free charger from your older model is probably a slow 5W one and you need at least a 20W charger to fast charge an iPhone 12 or newer. And Apple doesn’t even include a charger with its iPhones anymore.

A higher wattage charger will charge your device a lot faster, but know that there’s a limit. It’s not like you can simply buy a 100W charger and juice up your iPhone in a handful of minutes. For example, the iPhone 13 Pro Max has a charging ceiling of 27W; it won’t charge faster than that with a compatible charger.

Here are some of our favorite fast chargers from brands we trust:

This official Apple adapter hits 20W — exactly what you need to use fast charging on newer iPhone models.

If you’re looking to hit that 20W threshold and don’t want to break the bank on a new charger, the official Apple adapter is the way to go.

With dual ports, this adapter provides enough juice to fast-charge two iPhones at the same time.

If you have multiple iPhones in your household and find yourself fighting for the charging cable, this ArcStation Pro 40W dual charger from Spigen will solve all of your problems. At 40W, you can fast-charge two iPhones at once. If one port is being used on its own, it can provide up to 30W for charging larger devices.

If you want to charge your iPhone and your MacBook at the same time, this 65W adapter will get the job done.

This flagship Anker 725 Charger (Nano II 65W) is a multi-tasker. The top port gives out 20W of power for iPhone charging while the bottom can hit 45W. When every device you own is hitting that low power range, this is the charger you want around. Despite its power capabilities versus lower-wattage chargers, it’s still a very small adapter.

Don’t use your iPhone while it’s charging

While your iPhone is plugged in and regaining strength, leave it alone! It’s not just heavy usage like streaming videos or playing games that will slow your charging efforts — going on a texting spree or scrolling through Instagram will also slow things down. If your battery is in the red, try to leave it alone while it’s charging.

Turn off your iPhone for a faster charge

If you can, you should turn your iPhone off entirely for the fastest charge. Even if you’re leaving your iPhone alone, it’s probably refreshing apps in the background or pulling your location — all things that will slow charging.

While this won’t bump up your charging time more than shutting your iPhone off completely, enabling Low Power Mode shuts down a lot of background functions that can tax the battery.

To turn on Low Power Mode, open up your Settings app and find the “Battery” menu. The Low Power Mode toggle is at the very top of the menu. If you really want to watch your battery, you can set Low Power Mode to turn on automatically when your iPhone hits a certain battery percentage.