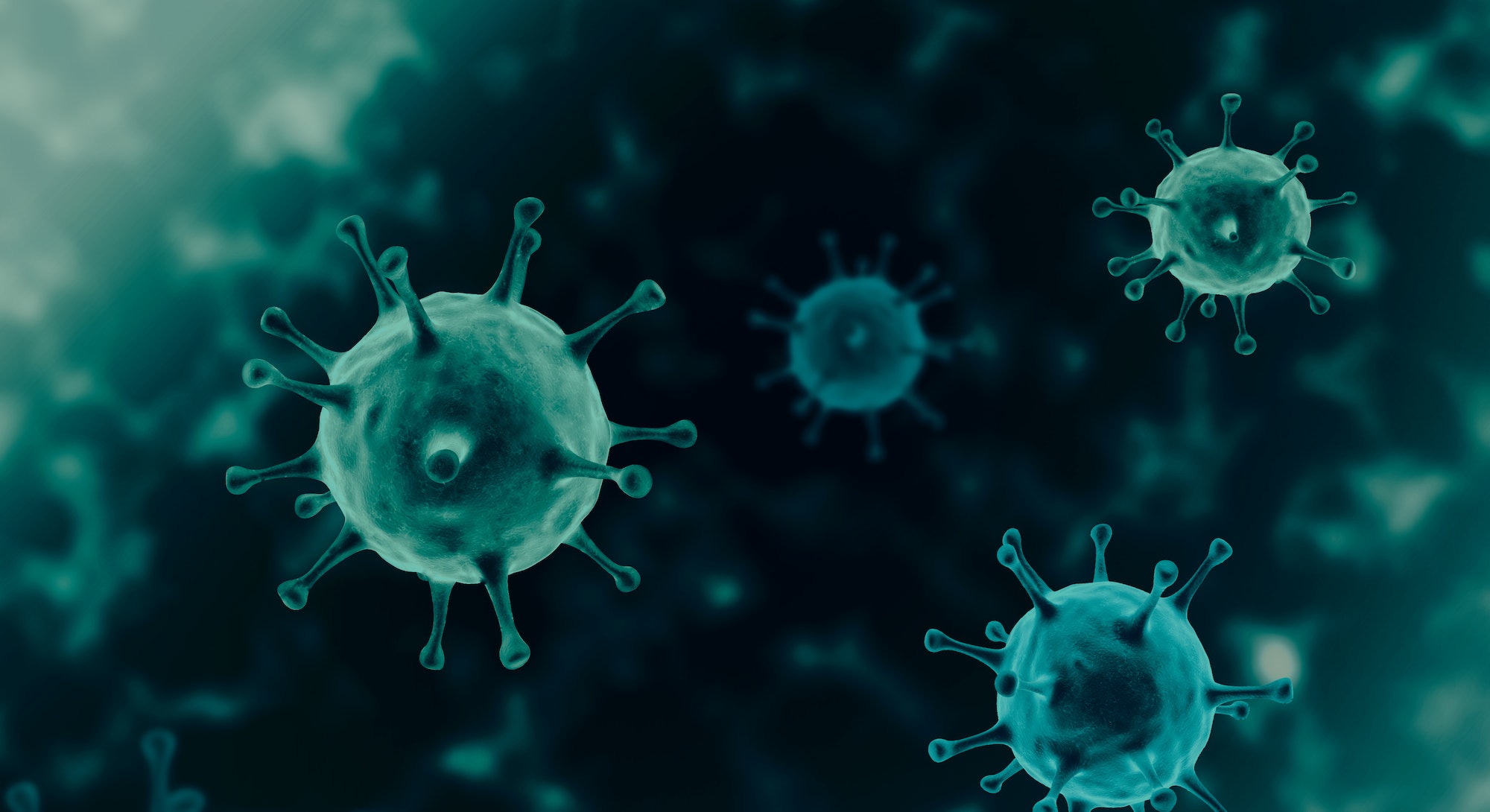 In 2005, World of Warcraft introduced a new raid: Zul’Gurub, with its final boss, Hakkar the Soulflayer. And with Hakkar came a special ability called Corrupted Blood.

This was an (initially) time-sensitive hit-point draining spell that could be continuously spread to another player, if close enough — like a virus. Eventually, they’d die. Players soon discovered a glitch that could take the Area of Effect (AoE)-based infection out of the raid using their pets and minions, quickly leading to an unprecedented virtual pandemic in 2005. Within hours, entire in-game cities like Ironforge and Stormwind City were infected, including NPCs who could spread the virus without dying.

As WoW Redditor SneakyPaladin1701 recounted: “The scale of the devastation was unparalleled. There were plenty of people trying to cause mischief.” Some players attempted to social distance and others tried to quarantine major cities, while healers attempted to keep the infected from dying.

“You would have entire little ‘player made’ villages where people would just be talking about how crazy it was and scouting parties around them working together to kill anyone who came near," described Tierannix, a Dwarven player.

While most tried to prevent the spread, some relished in the chaos and hid in the mountains, waiting for the opportune moment to reinfect the cities. A player by the name of Psivenn recalled that “[the virus] would burn itself out fairly quickly, but lasted long enough that there would be aftershocks from other folks logging out or deliberately getting their pets infected.” No one was safe. “I remember thinking spirit res-ing [resurrection] would be safe but even at graveyards people would stand and spread it," Psivenn said.

Some players took advantage of the unexpectedly quiet pockets of servers, allowing for solo quests of rare items and treasures. As Luruka, a WoW: Classic Redditor, told me: “I just enjoyed my time out in the wild having a blast, looking for rare spawns — I really enjoyed it.” At the time, it seemed ludicrous that this could reflect real-life: “Back then I would have told you that it was a pretty useless analog for real-world spread — I no longer believe that," said Psivenn, also a WoW: Classic veteran.

Thanks to the Corrupted Blood incident, epidemic-based MMORPGs may be a legitimate proving ground in combating real-life pandemics.

In a research paper published a few years after the Corrupted Blood outbreak, epidemiologist Nina Fefferman and grad student Eric Lofgren remarked on the sociological similarities between the reactions of players within the virtual space and real-life responses to an epidemic. One of the most valuable variables noted in the Corrupted Blood case through their research was the curiosity factor — something often disregarded by epidemiologists when building models to simulate pandemics for sociological research. Fefferman posited that “[The] level of commitment and dedication to the virtual community within the game helps to ensure the reactions of players will approximate with the reactions of people in real-life situations of danger.”

The key difference between epidemiologists’ base models for research and WoW’s Corrupted Blood case study is that the latter response was heavily informed by the players’ considerable emotional investment and attachment to the development and survival of their characters; thus, they responded in WoW just as they would have done in the real world.

Nina Fefferman’s research was a key source of inspiration for Yasmin B. Kafai, an award-winning Professor of Learning Sciences from the University of Pennsylvania and developer of communities for virtual epidemics and online tools like Scratch. Speaking with Professor Kafai, she noted that “Nina Fefferman, who first wrote about the Corrupted Blood outbreak, was the one to point out that virtual epidemics offer an opportunity to study human behaviour in a closely realistic context.”

While Professor Kafai had been working on projects involving communities’ responses to virtual pandemics, she believes the reason why Fefferman’s research took off in epidemiology is that “you get to see phenomena that’s not typically accessible when epidemiologists build mathematical models, because they can’t account for these freak behaviors.” Epidemics can be programmed to the greatest minutia of mathematical detail — but human behaviour is an entirely different, and erratic, matter. So what happens if you repeat this simulation, but in a controlled environment?

Professor Kafai has been running her own controlled pandemic within Whyville, “one of the first virtual worlds designed specifically for educational purposes and science outreach.” Her research has been ongoing since the early 2000s, but it wasn’t until concerns like the Ebola outbreak prompted an increase in funding that it really took off. "This was always a passion project of mine because once massive open-world communities became available, I thought we could do something with them, especially how they may react to something like an epidemic,” she states. The aim of her research is about “giving back that experiential component, but then also combining it with educational experiences.”

One specific goal of her research is to educate children and teens about epidemics and vaccination awareness within school environments, considering their high rates of transmission alongside providing a fun but educational experience. One of her more recent made-up diseases, Dragon Swooping Cough, preempts COVID. Used back in 2017, Dragon Swooping Cough was “modelled on a respiratory disease because Ebola would’ve been too morbid.” However, in recent years, Professor Kafai has chosen ‘SPIKEY-20’ and ‘SPIKEY-21’ in order to accurately reflect the current pandemic we find ourselves in.

Corrupted Blood’s epidemic was chaotic, an uncontrolled glitch thrown into a huge virtual community — Professor Kafai’s ‘SPIKEY-20’ is the controlled development on from that, with a number of considerable differences. “#1: in WoW, you die, literally. Lots of skeletons littered about the place — in Whyville we didn’t include death, because this was educational and our subjects were minors; we wanted to be considerate.”

Considering the collective trauma the world has faced, Professor Kafai’s team took further safeguarding procedures. Ensuring a safe space for kids to participate was a priority. “We had a psychologist because we were concerned about kids’ well being in relation to emulating COVID.”

Another advantage of SPIKEY-20/21’s controlled nature is the ability to run forward-thinking projections: “We actually carefully ran silent simulations before to test out the best length of time. You can’t actually program the R-naught [Basic Reproduction Number], so you have to approximate that based on what you observe from your patterns," says Kafai.

With a much more controlled epidemic, were the results still true to life? Yes, if not more so than Corrupted Blood, according to the professor. They found that, from running vaccinations, “some people didn’t take all three, and some took double — I mean like six vials,” the researcher said. As well as that, they found people’s emotional investment was driven by how SPIKEY-20 affected their in-game salaries. “We figured that salary loss was an adequate and comparable impact for the kind of virtual world we were operating within. We found that kids actually go online and check their bank ledgers!” she explains.

With the risk of salary loss, people chatted fervently on the in-built discussion boards designed by Kafai, where “there was a lot of speculation, people had all kinds of theories about proximity, duration, ideas of social distancing and shielding, everything we’re discussing in real life right now.” Some even adopted a kind of virtual shielding by simply not logging in — that way, they avoided the virus. “I don’t think they even understood how we designed the disease vectors, they’d just figured out that was a solution to avoiding it.”

There’s clearly a strong benefit to virtual epidemic simulations in MMORPGs that you can’t get from the smaller, classroom-based simulations outside of WhyVille. "They don’t have the same feel you get from being in an MMORPG, y’know — the massive open world, the scale and dynamics of the community that’s created,” Kafai says.

However, Professor Kafai warns against inflecting these simulations without consideration, as research can have an impact. “You’d have to have a considerable understanding of who you were affecting — if you implemented lockdowns, restrictions, you may see similar kinds of virtual uprisings and account deletions, especially if they’re paying.”

Scientific and medical journals alongside Kafai herself have proposed a full-scale epidemic-modelled MMORPG as the next development: “Even some medical students have a hard time understanding the incubation period — understanding an epidemic comes in three parts: the infection period, the biological effects on the body, and the community; to truly understand an epidemic is understanding those three components together.”

Thanks to the Corrupted Blood incident, epidemic-based MMORPGs may be a legitimate proving ground in combating real-life pandemics, because “with an MMO, you can add these human irrationalities and all those random variables which I think epidemiologists have a hard time accounting for.”

I asked Professor Kafai if she still played any MMORPGs. “I had an Among Us phase,” she tells me. Some viral outbreaks are just unavoidable.