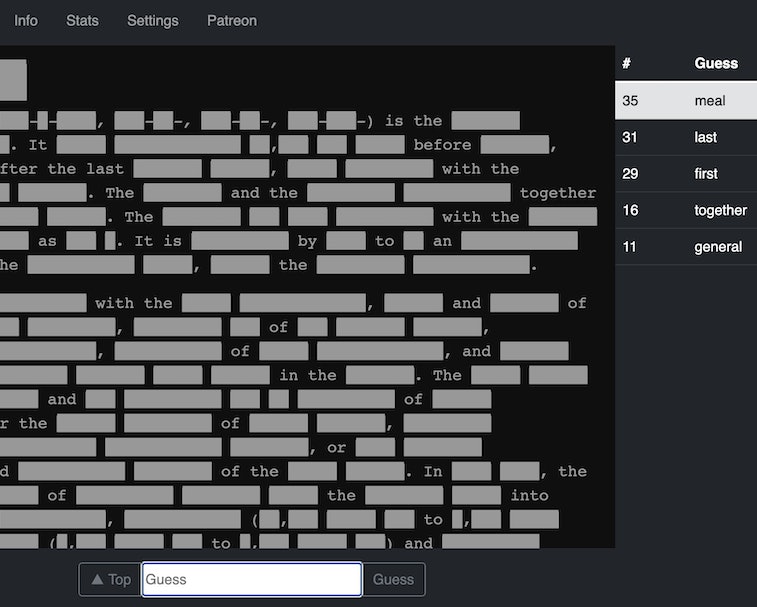 Have you played today’s █████le? One of the latest hits to come out of the Wordle-induced Cambrian explosion of indie guessing games is Redactle, a spinoff where you guess the words in a redacted Wikipedia article. The “-dle” games keep coming and they don’t stop coming. At this point, someone could fit them all into some tangled taxonomy, tracking the relationship between the world’s Heardles and Worldles and Nerdles and Squabbles.

Like Semantle, Redactle is hard. Try it your own risk.

According to last week’s stats, people had to make a lot of guesses before getting to that correct answer. The global median is currently 129 and the global average is 166. The game was created by John Turner and released on April 6th.

Peak Wordle? — Google searches for “Wordle” have dropped about 25 percent since their peak in late February, but the craze keeps going strong. And weekend programmers with ideas for guessing games are still squeezing the last drops of juice from Wordle’s pulpy remains. But hey, there are worse things than online puzzles.

Try it ███. I hope you have ███! Don’t be too ████, and please always remember to ██████.