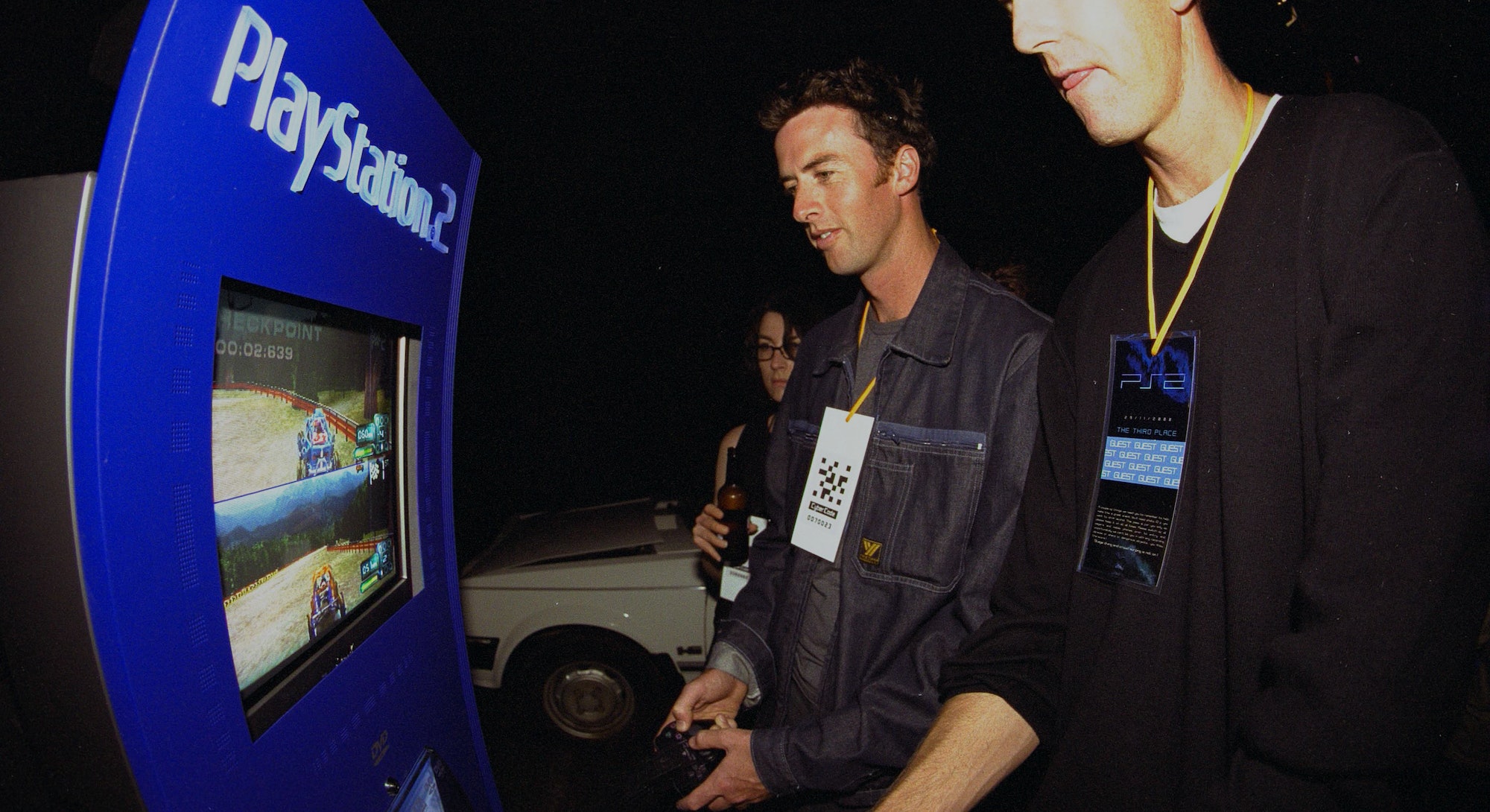 Back in the '90s and '00s, "retro" video games were often considered the domain of old-timers and those unlucky souls who were just too broke to afford the latest and greatest video game console.

Over the past decade or so, however, the so-called "retro" scene has become a permanent and indelible part of gaming culture, as many video game developers have realized that remaking your old games over and over can be a lot more reliable than trying to make new ones.

As the scene has spilled onto large social media sites like Reddit and Facebook, even restrictive publishers like Nintendo have dipped their toe into the waters of nostalgia with the SNES Classic Edition (or as it’s colloquially known the “SNES Mini”) and similar products. But there's still one question that clearly divides these communities — a pretty basic one — and you're likely to get a completely different answer from each person you ask. Just what exactly does "retro" mean in 2021, anyway?

I asked more than a half-dozen journalists, developers, and everyday gamers this question for this piece, and the results are as varied as you might expect. While we're not going to be able to come up with the "correct" answer to this question, it's pretty clear that, to many people, retro has become almost as much of a marketing term as "triple-A" or "indie."

Perhaps it's easiest to begin by defining what does not count as "retro." The categories of "new" games and "retro" games are opposed to each other on an obvious foundational level. However, what exactly counts as a "new" game (or to be more specific, a "recently-released" game) is very much a moving target, especially lately, considering just how many notable titles come out each month. That aside, you aren't likely to see many people take to Reddit to wax lyrical about how they recently rediscovered their favorite retro classic Cyberpunk 2077.

One games journalist I spoke to — who requested anonymity in order to speak freely — said that his personal definition of "retro" is any game console that is two generations old. Since the release of the current-gen PS5 and Xbox Series X consoles, that would mean that the GameCube, PS2, and original Xbox technically fall within that window. (This was a common line drawn by many of the people that I spoke to for this piece.) However, the journalist also believes that many gamers would shy away from calling those consoles "retro" because it makes them feel uncomfortable — and, you know, old and decrepit.

"I think most people seem to have the definition frozen in carbonite for all time: if it's after N64, it's not retro," the journalist says. "But I think that's really changing. At this point, I think Atari 2600 is past retro. It's antique."

Several of the people I talked to for this piece drew a line between their personal perception of "retro" and what it actually means in the broader world of gaming. For Otto Kratky, a 25-year-old freelance game journalist, the PS2 games that he grew up on would qualify as "retro," like the mascot platformer Jak & Daxter: The Precursor Legacy. However, as he points out, these are not the sort of games that "retro" gamers love to discuss endlessly. Many of those big names fall into the 16-bit bucket (Super Nintendo, Sega Genesis, TurboGrafx-16/PC Engine, etc.), like The Legend of Zelda: A Link to the Past, Super Mario World, and Final Fantasy VI.

"Objectively-speaking, I would say that 'retro' refers to games made before around 1998," Kratky says. "They are mostly NES, SNES, and Sega Genesis games, though they're not limited to those consoles. They're the early titles that laid down the bones of the games we play today."

Speaking from my own experience, I can personally relate to what Kratky is saying — this isn't a coincidence: we're around the same age, though I'm a few years older. When I was a kid, I can remember going onto prototypical sites like GameFAQs and reading about all these wonderful classics from the 16-bit era that I missed the first time around.

As I've gotten older, while there is a deep vein of regard for the PS2 and GameCube generation if you know where to look, it's not nearly as voluminous and all-encompassing as the NES and SNES nostalgia that continues to blanket certain parts of the gaming scene. For example, consider the cottage genre of Earthbound-inspired quirky RPGs, which produced the crossover phenomenon Undertale.

It can sometimes feel like the fond memories of older generations have blotted out my own childhood memories for the sake of their own myth-making. Some might make the argument that the 16-bit era was simply more consequential than later console generations — and there's certainly a lot of ammunition you could throw towards that take — but that's really a matter of personal taste. Regardless, it is true that for people of a certain age, the "retro" line will always end at the launch of the blocky 3D graphics of the PlayStation 1.

For people of a certain age, the "retro" line will always end at the launch of the blocky 3D graphics of the PlayStation 1.

Pixel artist and self-proclaimed retro gamer Ross Holmes isn't shy about proclaiming his love for SNES games, which he devoured as a kid. Though Holmes is only 29, he grew up with 16-bit consoles because newer game consoles were always a bit too expensive, which is a common experience that many "generation" debates often ignore entirely. He also spent a lot of time plugging away on his Game Boy Advance, which boasts enhanced ports of many classic SNES games. To Holmes, the term "retro" or "retro-inspired" has become very commercialized, with canny developers of unabashedly 8 or 16-bit style games using it to differentiate themselves.

"When indie games market themselves as 'retro-inspired,' I think a lot of them mean '2D' without any of the trappings of retro games," Holmes says. "There are definitely some games out there that are intentional tributes to retro sensibilities — like how Shovel Knight uses a very limited color palette to look like an NES game — and for them, it's more than just a marketing term. But more broadly, there was a pretty clean break from game design philosophy a few console generations ago, and calling games made before that 'retro' is a helpful distinction for me."

This difference in design philosophy is difficult to concisely define, but it often boils down to challenge and accessibility: most old video games had limited lives and "game overs," and even classics didn't do much in the way of pointing you where to go next. Holmes says that he personally defines it in terms of experimentation; to him, around the Xbox 360 era, the popular genres of video game became more standardized and stratified, with sequels like Call of Duty: Modern Warfare 2 playing more and more similarly to each other with each passing year.

How different from contemporary Call of Duty is this, really?

Game developers who work in the retro space usually try to strike a careful compromise between homage and reinvention. This balancing act is especially apparent in the retro sports game genre, where the gulf between the simple-but-accessible classics like Tecmo Super Bowl and photorealistic modern fare like Madden speaks for itself. For Ali Motisi, the director of the throwback soccer game Super Arcade Football, it's all about taking inspiration from the best of the past (like Sensible Soccer) while still pushing the boundaries of genre to make a unique game.

Motisi notes that Super Arcade Football obeys certain technical limitations to achieve an authentically "retro" aesthetic, such as the number of colors displayed. The game's soundtrack was also composed using the same style and file format of the Amiga console, which many fans associate with old-school soccer games.

"Retro is almost a synonym of simplicity and purity."

"Retro is almost a synonym of simplicity and purity," Motisi says. "It's going back to the roots when you had so many constraints, but you made it work anyway."

Some players just simply prefer this older style of game, like game critic Andrew Brown, who applauds the "retro" trend for giving him dozens of amazing old-school platformers to play, like Shovel Knight and The Messenger.

While Brown says he appreciates the old-but-new approach of this fresh crop of games, he feels that game preservation still isn't taken seriously enough by major players in the industry. Small presses that specialize in retro games can help keep some games alive in the public's mind, but only the very best (or at least the most memorable) examples are going to get the deluxe collector's edition from notable names like Limited Run Games. This process of only preserving the "best" games can skew the cultural memory of those eras of gaming: everybody remembers Sonic the Hedgehog, but not that one janky Genesis platformer that many owned, Kid Chameleon.

"Vanity presses are nice, but they also feel like a bubble waiting to burst," Brown says. "And they don't account for the entire breadth of great games out there which will be lost and forgotten forever by an industry dominated by major corporations that only care about what sells today, not what sold yesterday or could sell tomorrow."

Game critic and esoterica enthusiast Vincent Kinian agrees with Brown's perspective; to them, there's a stark difference between the greater retro community's mission of inclusivity and accessibility and the profit-seeking behavior of the companies that own these dusty licenses. But Kinian privately worries that generations of players who grew up watching copies of Super Mario 64 sell for inflated prices, and seeing Nintendo charge full retail price for badly-emulated Mario classics, will accept this as the way things work and keep on forking over cash for decades-old games.

"I just wish I could tell them that the kind of convenience you can buy isn't convenience for everybody, and it's not that fucking hard to get the majority of emulators set up," Kinian says. "Being able to play [obscure N64 stealth game] WinBack: Covert Operations on Switch will never be worth another Emuparadise getting taken off the web."

Blogger Assem Khaled says the gaming community concerns itself too heavily with definitions and labels, and that the "retro" debate is no different. While he thinks that "retro" is a useful framing device for talking about old games, he feels that the term is so inherently personal that there's no way it could ever have an objective definition. Like Kinian and Brown, he uses the term in the broadest possible context, because he knows that it means something different to everyone.

When Khaled thinks of retro games, he imagines early PC FPS games like Doom and Wolfenstein, but another person might imagine their favorite PS3 game. He points out that PS3 games are not easily playable on modern hardware without emulation. (Indeed, I recently recommended the Sly Cooper trilogy to a friend of mine, only to rudely discover that they're not easily playable unless you own a PS3 or Vita.)

"Given that you're already running into preservation issues, it's safe to say it's of a long-bygone era," Khaled says. "That's retro."

While many of us might balk at the idea of Demon's Souls qualifying as a retro classic, the truth is that such definitions are just an uncomfortable reminder of our own mortality. One thing's for sure: as video games continue their march towards total cultural hegemony, the retro space is going to become more and more varied. Still, the term carries a certain weight, and it's still useful in many contexts — though its exact definition is as much a reflection of the speaker as it is of the era we live in.