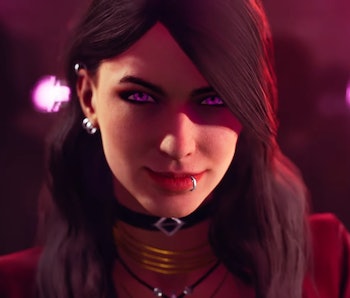 Vampire: The Masquerade — Bloodlines 2 may win the award for the video game title with the most unnecessary punctuation, but it isn't eligible for many other plaudits. That's because the unlikely sequel has been embroiled in one of the ugliest development cycles on this side of Duke Nukem Forever, with multiple delays and even a change of studio.

In a recent report via Swedish newswire Nyhetsbyrån Direkt, Paradox CEO Fredrik Wester said that the game was almost cancelled after the original studio tasked with its creation, Hardsuit Labs, was taken off the project by publisher Paradox. According to Wester, however, the company received a pitch that they found compelling enough to go with.

No signal — What exactly that means for the game's continued development is unclear, however, as Paradox has been mum on the subject of Bloodlines 2 since the game was delayed indefinitely back in February. In that statement, Paradox also said that Hardsuit Labs would be taken off the project, and that a new studio would lead development in orer to "do the game justice."

This was the third delay on the project since its initial announcement in April 2019. Several high-profile creatives departed the project in 2020, including Cara Ellison and narrative lead Brian Mitsoda. Though that delay was announced more than six months ago, we still have no idea of what the revamped sequel might look like, when it will come out, or even what studio is leading development now that Hardsuit is out of the picture.

Shake-ups — Publisher Paradox Interactive has experienced some shifts of its own in recent months. Wester became CEO back in September after its former CEO Ebba Ljungerud stepped down. The company recently cancelled development on several unannounced projects to focus on "proven game niches." While we have no idea what that might mean, Paradox's games usually focused on the grand strategy and RPG genres, so expect to see more of that in the future. Then again, as a highly-anticipated sequel to a cult RPG, Bloodlines 2 is exactly the sort of game that the company specializes in, but considering that Bloodlines 1 was essentially a commercial failure, maybe it's less of a sure bet than we thought.