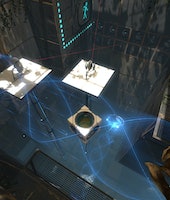 the record-breaking number of users on Steam yesterday

The Valve-owned game store Steam has been around since 2003 as a staple in the PC gaming community. Over the years, Steam has grown its userbase of loyal AAA gamers and indie fans alike with well over 50,000 games on its marketplace. Yesterday, millions of gamers logged onto the platform simultaneously and Steam hit a new all-time high of 27,942,036 concurrent users.

Steam’s concurrent user average has increased by 10 million since the pandemic started, which is exponential growth considering that the store had previously idled between the 13-19 million mark for nearly four years.

As of last year, Steam has more than 120 million monthly active users — a massive figure compared to Epic Games’s 56 million. It’s crazy to think about how popular Steam has become, but there are plenty of good reasons for the platform’s growing fanfare.

Why Steam? — Many gamers prefer Steam’s UI and find it to be faster and less buggy than competitors’ stores and launch clients. For example, Electronic Arts’ immensely popular battle royale shooter Apex Legends was added to Steam in November 2020, relieving frustrated players everywhere who had been dying to use anything but EA’s Origin client. Apex Legends maintains a large playerbase, and it’s still in the top ten most popular games to watch on Twitch and is the #5 most-played game on Steam.

Steam’s abundance — Steam added over 10,000 games to its store in just one year (2020). Those are insane numbers, so it only makes sense that so much abundance and variety would attract a huge number of gamers. With Steam’s total library of over 50,000, there’s guaranteed to be something for everyone. From AAA shooters like CS:GO to MMORPGs like Ark: Survival Evolved, Steam is home to many iconic titles, and players are hooked.

Epic on the rise — While some might balk at Epic’s significantly smaller userbase, which is about 50% smaller than Steam’s, it’s actually overachieved when you consider the small number of games on the Epic Games Store. While Steam has over 50,000 games, Epic has around 650.

Comparing Steam and Epic’s game stores might not exactly be fair. But Epic’s store has immense growth potential, as the company plans to launch a self-publishing tool for game developers and is looking to “onboar[d] more developers” in the future.

Epic’s “Project Moonshot” details a plan to get its store to surpass Steam’s and make up more than 50% of all PC gaming revenue in the next two years. That’s certainly an ambitious goal, but as Protocol speculated back in August, it’s more likely that Epic will have to spend “years of steady investment to come close to Valve’s userbase.”