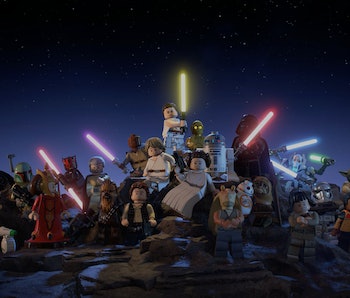 Working conditions in the gaming industry as a whole are not great, and British publisher TT Games is no exception. Employees at the Warner Bros-owned company have been working on Lego Star Wars: The Skywalker Saga since 2017. But the game has been stalled repeatedly due to employee burnout, a lack of proper tech, high turnover, and issues with management.

Today, the game’s release date was revealed to be April 2022, but it may have come at a high cost. As revealed in a Polygon investigation, TT Games employees accused their bosses of blackmailing them by suggesting that if they didn’t work longer hours, “there’s going to be problems.”

Staffers called working at TT Games an experience that gave them “PTTSD.” Many spoke of a “hostile environment for women,” alleged verbal harassment and bullying and extremely long work hours.

Employees argued that the crunch — a game industry term for severe working hours like working 20-hour days with no sleep — was “premeditated” at the company. TT Games’ crunch culture was reportedly normalized by executives over the course of the Skywalker Saga’s development, according to the anonymous employees.

Crunch history — But this crunch culture wasn’t exactly new. According to employees, it dates back to at least 2005. For nearly two decades, staffers have endured extremely long hours every year, working 60-100 hour weeks, six days a week on the development of each new Lego game.

The crunch culture at TT Games seems to be a top-down initiative based on expectations that employees give up their sanity and health for the sake of work. TT Games employees who worked under co-founder Jon Burton claim that Burton yelled at them when they tried to leave work and expected staff to work long hours. Other managers would follow staffers who tried to leave and accuse them of not being loyal enough to the company.

As one employee explained, crunch at TT Games “was a tool in the box for production; projects were planned with crunch periods in the schedule, or even worse, crunch was the schedule.”

Apparently, the reasoning was that because the Lego games were tied to physical merchandise sales, the games had to come out on specific dates. But evidently, given the Skywalker Saga’s multiple delays, that isn’t always the case.

Gender inequality — Unfortunately, women at TT Games suffer from a major wage gap, ranking as one of the worst companies in the United Kingdom for gender pay equity. To make matters worse, female employees were also “subjected to bullying, comments about their appearance, and withheld promotions and contracts.”

Overtime woes — Managers at TT Games can decide if employees’ overtime hours were actually overtime, or whether they were “flexitime,” which offered fewer benefits. This bizarre circumvention of treating all overtime as overtime would appear to violate some labor laws in the United States, but in the UK, things are weird.

Per the UK government’s website, “Employers do not have to pay workers for overtime.” This allows companies to exploit workers or do other weird things like make employees work for free.

According to those Polygon interviewed, some TT Games staffers did work for free at times, with many becoming “worn out, worked down, mentally and physically ill because of the pressure.”

One employee even stated, “TT always said, ‘We’re going to change,” but we all knew it was never gonna happen.” Sounds like an abusive boyfriend.