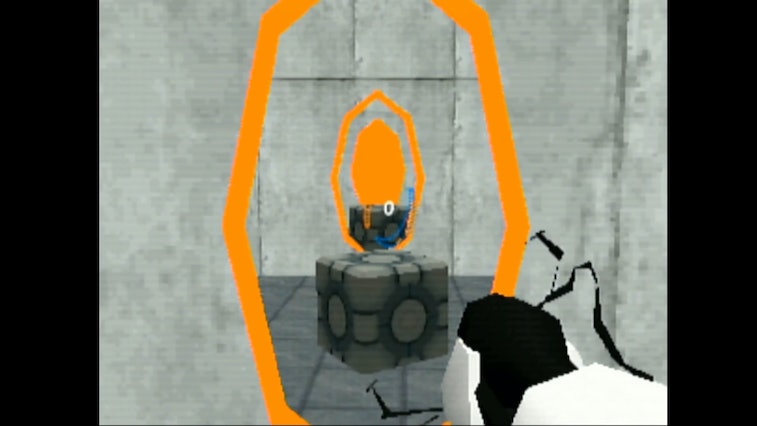 The Nintendo 64 could only handle about three polygons on screen at once, but you can apparently still get Portal working on it — with a lot of effort, at least.

N64 hacker James Lambert has made Nintendo's ill-fated '90s console do a lot of surprising things, such as displaying real-time shadows and cartoon-style cel-shading, but this is his most impressive feat yet. As the below video shows, Lambert has managed to get the basic gameplay of the classic Valve game Portal working on actual N64 hardware, and it actually looks pretty damn good, considering.

No gimmicks — Unlike your PC, the N64 can only show you four or so recursions of the same room when you look through one of its portals, but you have to give the ancient box a little credit on this. Also, it seems that Lambert has managed to get the physics model of the game working well, as he demonstrates in the infinite fall at the beginning of the video.

You can download Lambert's proof-of-concept on his Github. Keep in mind that it's an actual N64 ROM, however, so you'll either need to put it on your Everdrive or use an emulator like Project64 to run it. It's pretty bare-bones at the moment, but Lambert has made a lot of progress on it recently, so we'll have to see how in develops in the coming months.

Port(al)ed — This isn't the first time that a fan-developer has ported (or demade) Portal. Jamie Fuller created an 8-bit version of the game in the style of the Commodore 64. That side-on view practically makes it a whole new game, and we applaud Fuller for that. Now, if only we could get the actual Portal devs to do something with it. Alas, we can only hope.