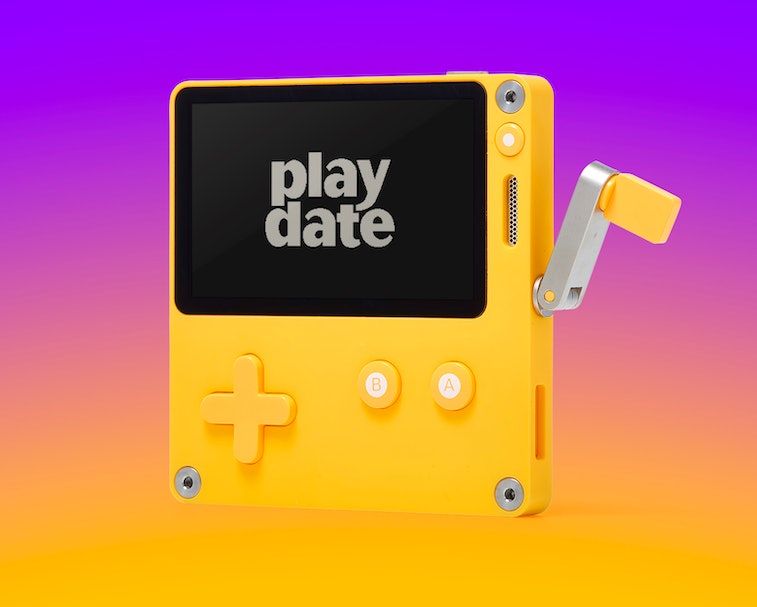 What if Wordle was a little bit more retro and a lot harder to use? That's exactly the question that developer BobbyKaz decided to answer with their version of the hit guessing game for the tiny mobile console Playdate. It's called Worddate.

Black and white — Though it's still early in development, Worddate is a surprisingly complete take on the real thing, including the actual word list that the game has been using for a while now. According to the project's Itch page, BobbyKaz plans to add a lot of features to the project moving forward, including save/load data, crank support for navigation, better indication of what letters you've already used, and stat tracking.

While all those quality-of-life upgrades would be nice to have, at its core, this is the real Wordle experience, and you can take it on the go! Of course, you could take Wordle on the go on your phone, too, but there's something much more charming about doing it on your Playdate, even if it hurts your thumbs a bit.

Play the play — For the full Worddate experience, we suggest ordering a Playdate of your own for $179, though you aren't likely to get it for a while. For now, if you really want to try it (and other white-knuckle Playdate exclusives), you can download the Playdate SDK so you can use the Simulator, which developers use to test and build Playdate games. Despite its strange pitch, the stark simplicity of the Playdate has made it stand out in our tech-obsessed world, and developer Panic has sold many more units than initially expected. We still don't forgive ‘em for all of the crank puns, though.