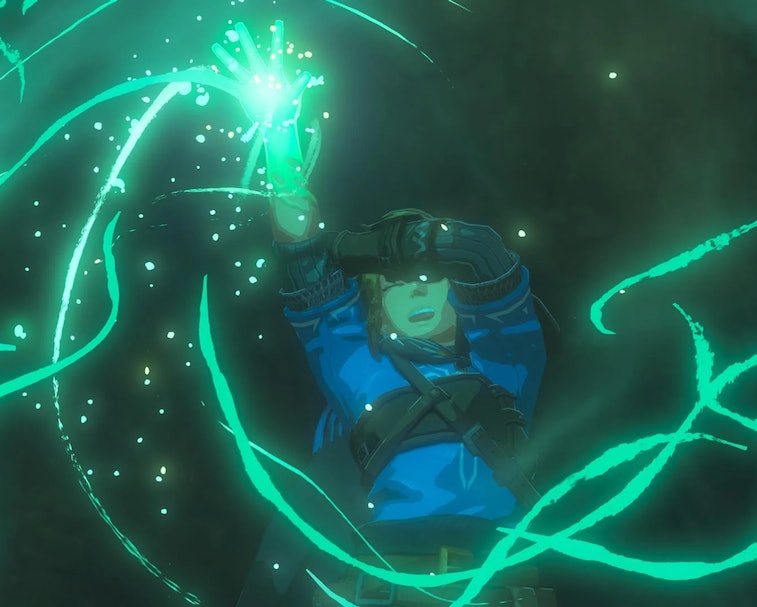 This year's Game of the Year race just got a lot less heated, because Nintendo has officially taken the next Legend of Zelda game out of the running. Yes, the game currently known as Breath of the Wild 2 has been pushed to a Spring 2023 release, as it seems developers need a little bit more time.

Nintendo announced the move on Tuesday, complete with a video appearance from longtime Zelda producer Eiji Aonuma. That video also features some clips of the game in action, including a look at Link what definitely appears to be a broken Master Sword. The plot thickens, indeed.

On one hand, it's hardly surprising that Breath of the Wild 2 got pushed to next year, as games of this size and scale often do. Still, that doesn't mean that we can't fire off some half-cocked takes in response to this news, so let's go ahead. Clearly, legendary Zelda creator Shigeru Miyamoto played a few hours of Elden Ring and decided to call up the team with some hot new gameplay ideas. If this new Zelda includes a bunch of 2 on 1 Lynel boss fights, we know who to blame.

Jokes aside, it is pretty clear that the recent Elden Ring did learn a lot of lessons from the legendary Breath of the Wild, which is still the most innovative major game of the past five years. It wouldn't be remotely surprising to learn that Breath of the Wild 2 draws at least some inspiration from Miyazaki's take on the open-world genre.

Somehow we doubt that they’ll do away with divisive mechanics like weapons durability entirely, but if the original BOTW is any indication, this new game is going to surprise us no matter what. Personally, we hope that Breath of the Wild 2 takes inspiration from other open-world stunners like Horizon. A quest log would be nice.