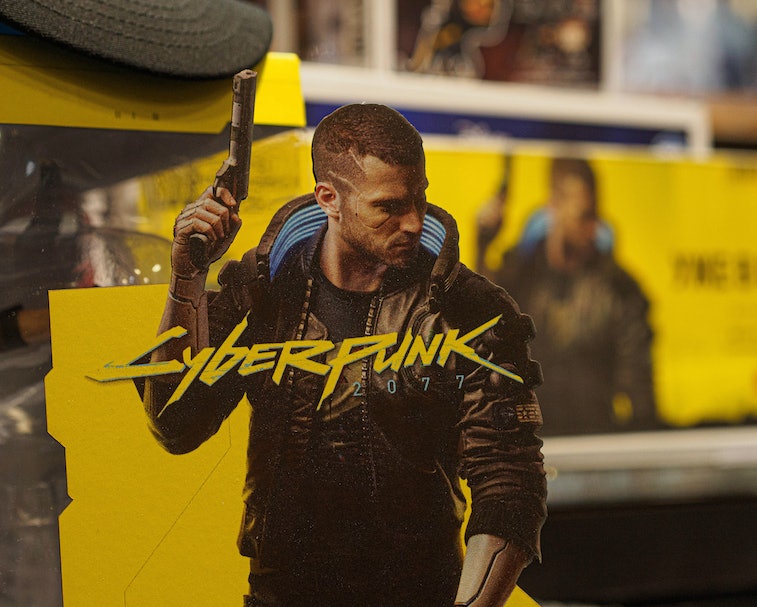 CD Projekt Red's fortunes continue to worsen. Today, the Polish game developer behind Cyberpunk 2077 — which is shaping up to be one of the most disappointing game releases in history despite incredible early hype — put out a video apology from co-founder Marcin Iwiński. Normally a candid mea culpa would be a cause for celebration, but Iwiński's comments raise more questions than they answer (and no, he doesn't address the game's dildo obsession). Aside from making it look even more like the game was rushed to market than we already suspected, Iwiński says we shouldn't expect Cyberpunk 2077 to hit next-gen consoles until late-2021. Yikes.

Regaining trust — "Despite good reviews on PC, the console version of Cyberpunk 2077 didn't meet the quality standard we wanted it to meet. I, and the entire leadership team, are deeply sorry for this, and this video is me publicly owning up to that. Please don't fault any of our teams for what happened. They are all incredibly talented and hard-working. Myself and the board are the final decision-makers, and it was our call to release the game ... I assure you we'll do our best to regain your trust," Iwiński says in the video.

First, the suggestion that PC reviews have been good is, well, contestable. Even there, glitches are commonplace, and we'd argue Stadia is the best place to play. We can agree on the "final decision-makers" bit, though. CD Projekt Red's executive team reportedly pushed teams into the sort of crunch before release it promised to avoid.

Regular fixes — Iwiński says the developer's "[U]ltimate goal is to fix the bugs and crashes gamers are experiencing across platforms. Please expect bigger and smaller patches on a regular basis. The first update will be dropping within 10 days. It will be followed by another, more significant one, in the following weeks."

While that's a pleasing sentiment, it doesn't align with claims the game was almost ready for launch, and the numerous bugs users have reported in it were an oversight. It's impossible to believe that the problems weren't evident before release. Clearly, Cyberpunk 2077 should have been postponed until the Gremlins had been cornered, and slain. Moreover, CD Projekt Red justified previous delays by suggesting the game would be ready for next-gen consoles at launch, a challenging proposition that necessitated delays. Now it seems that wasn't the case.

Hurry up and wait — "For those of you playing on next-gen consoles in back compatibility, you can still expect the free next-gen update for Xbox Series and PlayStation consoles in 2021," Iwiński says. "We are aiming at the second half of the year."

In other words, Cyberpunk 2077 effectively only exists as an Xbox One, PC, and PS4 game for the first year of its life. For something that was meant to showcase the potential of next-gen hardware, that's a massive disappointment. But what's even worse, is it feels like players have been misled.

Expect more returns — Sony, GameStop and even CD Projekt Red itself have all been offering generous return and refund policies to disgruntled players. We expect today's announcement will only encourage more returns. And though player numbers were high initially, they've since fallen precipitously. The founders of CD Projekt Red have lost a fortune, and the lawsuits are rolling in. Cyberpunk 2077 was meant to be a poster child for next-gen gaming. Instead, it's turned out to be a warning for other game developers about the importance of underpromising and overdelivering, instead of the reverse.