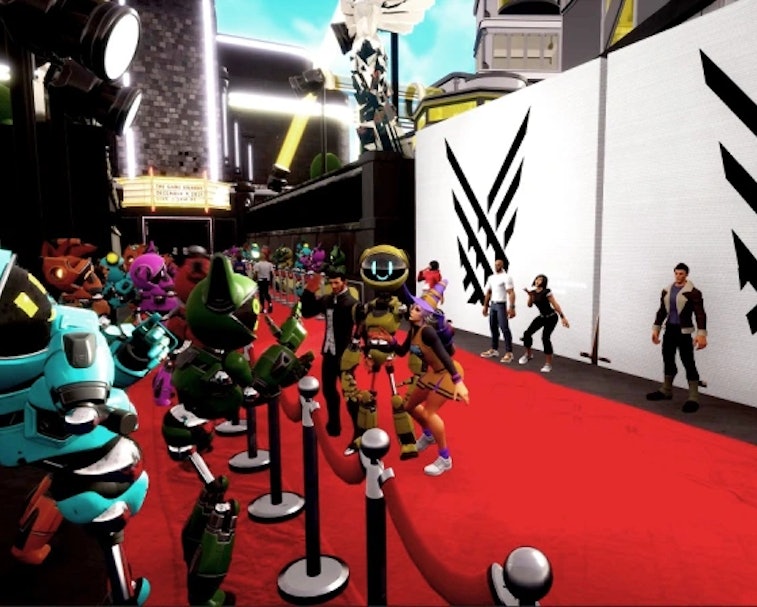 The Game Awards, which has recently come under fire for having Activision President Rob Kostich on its advisory board, is bringing its awards show to the metaverse. The “metaverse” is the catch-all tech term of the moment that refers to any virtual reality where players can simulate life through the body of a virtual avatar.

On December 9 starting at 7pm ET, The Game Awards will allow players logged in to game platform Core’s Axial Tilt world to experience the Awards’ red carpet event and subsequent ceremony. Geoff Keighley, the show’s host, tweeted out his excitement that The Game Awards is becoming more interactive:

But what is Axial Tilt? — Axial Tilt is a Fortnite-affiliated virtual world with a variety of different mini-games and experiences. For the Game Awards this year, Axial Tilt will have a red carpet photo event, voting to predict winners, virtual prizes and a DJ performance in addition to the livestream of the entire awards ceremony, all within Axial Tilt’s metaverse.

Interactive, or pandering? — For many gamers, a metaverse is just another way of saying VR Chat, World of Warcraft, or Roblox. Virtual experiences where players can chat and interact with each other using humanoid avatars have been around since the dawn of the internet gaming. To those who spend most of their free time online, none of this “metaverse” stuff seems particularly new or innovative, no matter what Mark Zuckerberg says.

The Game Awards’ history — While adding metaverse functionality might seem like a PR gimmick, putting a game awards show into a game for gamers is actually a logical move, considering the show’s viewerbase and history.

This isn’t the first time Keighley has put on an event in the metaverse. In 2019, The Game Awards aired a Star Wars: Rise of Skywalker clip in Fortnite. Epic Games’ flagship title has had immense success with “live” events and concerts in its virtual world, with the likes of Ariana Grande breaking records by drawing 78 million players into the game for the experience.

The future of the awards — Keighley told IGN that The Game Awards’ Fortnite integration three years ago convinced him that the future of his work is in virtual worlds: “It made me realize that the future of a lot of the stuff I do is going to be inside these game worlds and game environments,” he explained.

For better or worse, it looks like The Game Awards’ future is in the metaverse, and that won’t likely be changing anytime soon.