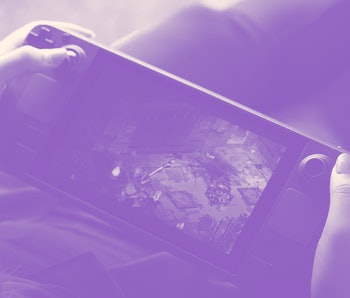 The Steam Deck has barely been out in the wild for a week, but Valve and its President, Gabe Newell, are already working on the next iteration of the device. In an interview with Edge Magazine, Newell confirmed that the company views the Deck as a "permanent addition" to the PC space, and that a follow-up is on the way. He even calls it the "Deck 2" at one point.

In that interview, Newell states that Valve was taken aback when the more expensive (and more powerful) model of the Steam Deck sold a lot more than the other versions.

As such, the company now believes that consumers are willing to shell out more money for even more powerful hardware, and that's exactly what they plan to deliver. "They're basically saying, 'we would like an even more expensive version of this' in terms of horsepower capabilities or whatever," Newell explains.

Next year's model — Newell also states that the success of the Deck might inform its VR plans, explaining that mobile, "high-performance" hardware could help solve some of the issues that have slowed VR's growth in traditional markets. While he stopped short of saying that the Deck 2 will support VR — after all, that would be a big ask — it definitely seems like something the company is looking at.

Either way, it seems like Valve might be pulling a slight Left 4 Dead 2 with the original Steam Deck, but hopefully they'll wait longer than a year or so before releasing the new hotness for all of you Deck 1 buyers. (Sorry, that's what we're calling you now.)