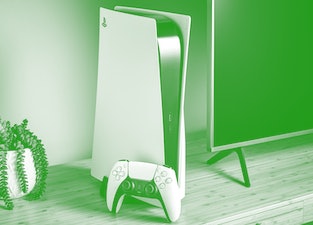 The PlayStation 5 has sold almost 20 million copies but, more importantly, it's fallen a bit short of Sony's expectations. The console manufacturer announced this week that it sold 11.5 million PS5s in 2021, which is around 3 million less than the 14.8 million that it initially projected.

Not shockingly, Sony attributes this mismatch to the ongoing hardware shortage, which makes it difficult for the company to meet the demand for new consoles. Despite this setback, Sony's goal for this current fiscal year (which started in April and runs until March 2023) is 18 million units, which would almost double the current number of PS5s sold, standing now at 19.3 million.

Sony's chief financial officer Hiroki Totoki said that the new number is based on current insight into parts procurement for 2023, which would seem to indicate that it'll be easier for most people to get a PS5 next year. (Or Sony thinks so, at least.) Totoki said that the company has "changed [its] source of procurement" in some areas and that it has a "good outlook."

However, Totoki also said that the company is confident that the organic demand for PS5s is much higher than the current supply, and that Sony expects that it won't be able to meet that number for a while. Totoki acknowledged that Sony's goal is to be able to sell consumers PS5s "on a smooth and timely basis," and that the company is "behind" compared to where it would like to be.

It's worth noting that while the PS5's numbers have fallen short of Sony's expectations, the console did outsell the PS4 in its first financial year. However, Microsoft has indicated in recent announcements that Xbox has been gaining market share globally, as well as calling the console the "next-gen market leader" in North America, the U.K., and Western Europe. As such, it's pretty clear that Sony has lost some ground here, and it'll be interesting to see if it can make it back up. Frankly, I don't think that the new PlayStation Plus is going to move the needle.