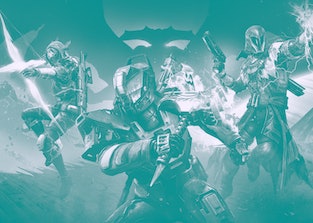 How much Sony paid for Bungie.

Sony has announced a deal to buy Bungie. An apparent counter-punch to Microsoft's high-profile acquisition of industry giant Activision Blizzard, the company behind PlayStation will now own the studio behind Destiny 2 and many other successful shooters, particularly Halo and Marathon.

According to the announcement, once the deal closes, Bungie will function as an independent subsidiary of Sony Interactive Entertainment. The studio will be run by a board of directors that will include current CEO Pete Parsons and the rest of its existing management team.

Strike from orbit — However, if you're a Destiny 2 player who only owns a Xbox, never fear, because Sony has confirmed that Bungie will remain a multiplatform studio. Bungie will retain the option of self-publishing. The announcement also confirmed that the studio is working on maintaining Destiny 2's startling success, as well as expanding it with new games.

"This is an important step in our strategy to expand the reach of PlayStation to a much wider audience," SIE president Jim Ryan told GamesIndustry.biz. "We understand how vital Bungie's community is to the studio and look forward to supporting them as they remain independent and continue to grow. Like Bungie, our community is core to PlayStation's DNA, and our shared passion for the gamer and building the best place to play will now evolve even further."

Big deals — This Bungie acquisition is the latest in a string of extremely high-profile acquisitions in the games industry. Though Microsoft's nearly $70 billion deal to purchase Activision Blizzard is the most notable, Take-Two's acquisition of Zynga for around $13 billion is also quite important. Bungie was itself formerly owned by Microsoft from 2000 to 2007, during the heyday of the era-defining Halo franchise.