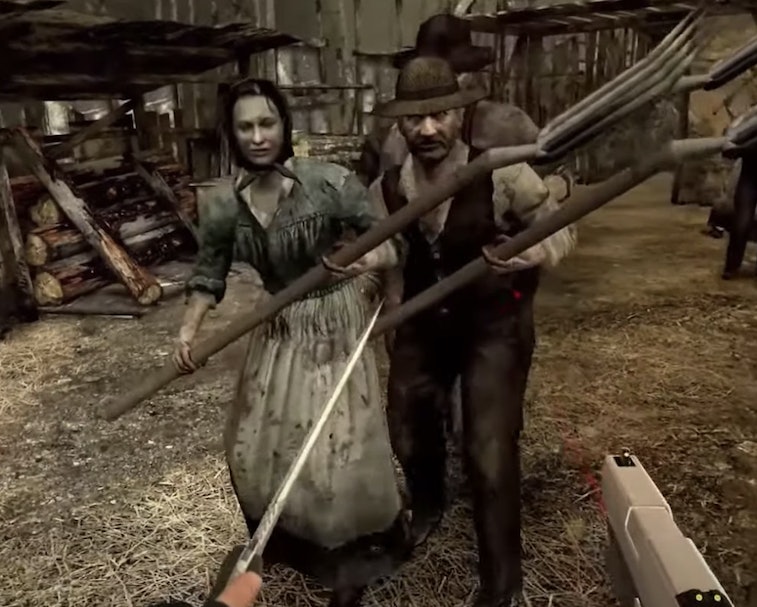 Resident Evil 4 is one of the most-ported games of all time, and for good reason: it's one of the best action games out there, even today. But while Resident Evil 4 VR was a new way to experience Las Plagas, that version of the game is still missing some sweet optional content, most notably the arcade-style mini-game The Mercenaries, where you fight to murk as many zombies as you can in a time limit.

Now, according to Oculus, that mode is coming to Resident Evil 4 VR sometime in 2022, along with updates that will add additional comfort settings and mobility options to the game. Those changes will include hand-based steering and better left-handed controls for all you southpaws out there.

Yes, your hand comes off — RE4 VR has only been out for a few weeks, but it's already become the fastest selling app in the history of the Oculus Quest. It also received positive reviews from critics and fans alike, which is to be expected with such a classic game.

As a whole, while it's great that this VR version of RE4 is finding so much success, it's unclear if other modes from previous versions of the game will make the jump along with Mercenaries, most notably the Ada-themed side story Separate Ways. Then again, the fact that you can finally see the world from HUNK's eyes in Mercenaries is reward enough for us.