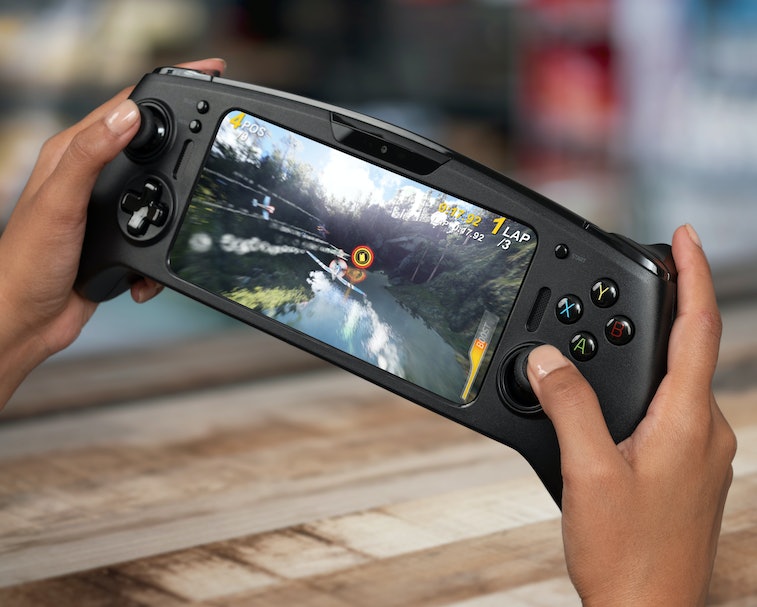 A day after announcing the Snapdragon 8 Gen 1 chip that’ll power the next batch of flagship Android phones, Qualcomm has revealed its Snapdragon G3x Gen 1 gaming platform. The new chip is designed for Android-based gaming handhelds.

While not a commercial product that consumers can purchase, Qualcomm has partnered up with Razer to create an Android handheld for developers. It’s basically a reference design for game developers to create games optimized for the G3x Gen 1 chip and get a headstart before OEMs launch their own hardware.

It wouldn’t be surprising to see Razer or brands like Asus’ ROG or Lenovo, which was rumored to be developing its own Android handheld, release their own handhelds using the chip. The market for gaming handhelds is still piping hot thanks to the Switch and the upcoming Steam Deck.

A real Android handheld — There’s a lot to unpack here, but starting with the internals, the G3x platform runs on a Kryo CPU and an Adreno GPU. Qualcomm claims the chip can run mobile games at 120 fps in 1080p 10-bit HDR, which beats the Nintendo Switch by a large margin. To combat janky gameplay and roller coaster framerates stemming from overheating components, the dev kit is outfitted with a fan cooling system.

When docked via the USB-C port, the G3x-powered devices will be able to output at a max 4K resolution with a framerate up to 144 fps. The USB-C port can also connect to Qualcomm XR-powered augmented reality glasses like the Nreal Air.

One of the most unique features on the dev kit is its 1080p webcam. With it, it’s possible to go live on streaming platforms while you’re playing a game. The chip uses Snapdragon Sound to power the speakers and wireless earbuds.

Made for cloud gaming — The chip should run Android mobile games well, but based on Qualcomm’s wording, it seems G3x handhelds would be better suited for streaming games. It makes sense now that cloud gaming services like Project xCloud, Google Stadia, and Amazon Luna are more prevalent than ever. And if you’re not into cloud gaming, you can still stream games from your console or PC via services like the Xbox App, Steam Link, or Parsec. Additionally, this handheld supports mmWave 5G and Sub-6 so you can stream games from anywhere. When you are at home, the chip also supports Wi-Fi 6 and 6E.

Cautiously optimistic — The Snapdragon G3x platform is barely in its infancy, and it might be a long while before we see any devices announced. Still, with high-end features for gaming, such as 4K/144 fps video output, dedicated controls, lighting fast wireless connectivity, and cooling system, the G3x could be a real threat to proven handhelds. Let’s just hope it can stick the landing lest it ends up like the forgotten Nvidia Shield Portable.