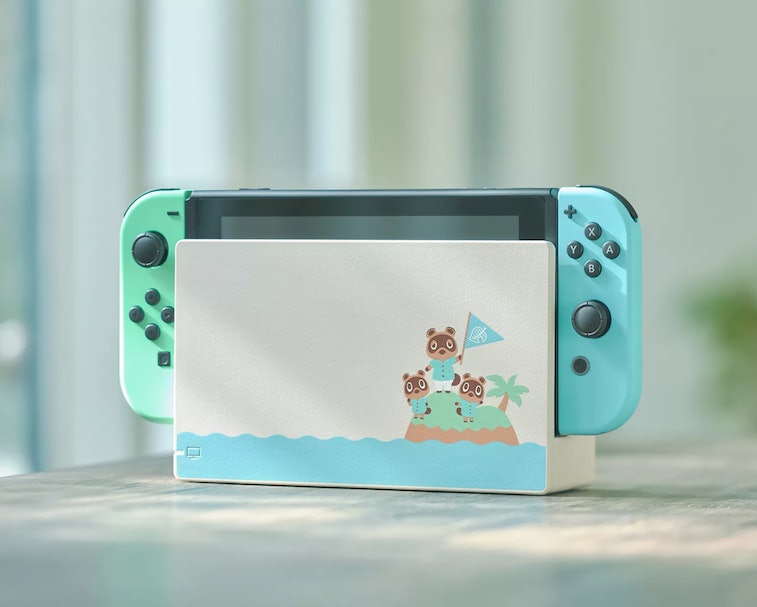 Nintendo's new Animal Crossing-themed Switch is so good it doesn't take a fan to appreciate it. The Joy-Con color blocking is gorgeous, pairing soft tones of baby blue and seafoam green. Sticking with the same color scheme, the dock features Nook family atop a small island. On the rear of the console, you'll see a variety of figures plucked from the franchise.

I've never even crossed an animal in my life and I'm enamored with this console. If it's in my hands I'll want to spark up some palo santo and put on some Sade. I hope it puts you equally at ease.

Arriving just in time for New Horizons — The special edition switch arrives on March 13, a week before the release of Animal Crossing: New Horizons. UK buyers will receive the game as part of a bundle, but in the US you'll have to purchase New Horizons separately. Because of this, pricing is £319.99 in the UK and $299.99 in the US.

A grip of Animal Crossing Switch accessories will also release, including a pair of cases.

You can pre-order the console now from retailers like Best Buy and GameStop.