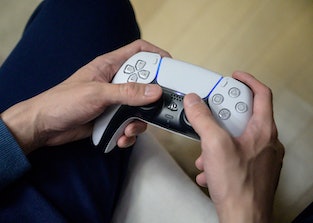 How many units of the PS5 Sony has sold to date.

It hasn’t even been a year yet but the impossible-to-get PlayStation 5 has already sold 10 million units, making it the fastest-selling console in PlayStation history. The news comes by way of a Sony Interactive Entertainment (SIE) blog post written by SVP of Global Sales and Business Operations, Veronica Rogers, who said the console reached the milestone on July 18.

For those like myself, who have yet to see an actual PlayStation 5 sitting on a shelf in the wild — i.e., Best Buy — the news is shocking, though not entirely surprising. Among other products like Pokémon trading cards, Xbox Series X/S consoles, and GPUs, the PlayStation 5 has been one of the hottest commodities in the past year, driven up in demand due to a supply shortage caused by the Covid-19 pandemic and the ongoing chip shortage.

While it seems like a perfect storm gathered to screw over gamers, the numbers tell a different story. If anything, this shows that the supply shortage and a somewhat lackluster library is not enough to stop gamers from getting their hands on the oddly-shaped behemoth that is the PlayStation 5.

That both consoles sales are virtually on par is good news for Sony, which may just have another generation-defining console on its hands. Had the shortage not been a thing, it’s very plausible that the console would have surpassed 10 million sales much earlier. Still, with everything that’s happened in the last year, the PlayStation 5 shows no signs of stopping.

With scalpers and bots scouring the internet and snatching up every available console before the average gamer can pick one up, I’d like to at least know how many consoles have actually reached the hands of someone directly. Out of those 10 million units, how many of them have not been activated? Meaning that they’re probably sitting in some scalper’s garage until they can flip it. If SIE does know, it’s not saying, not wanting to look a gift horse in the mouth.

Digital-only — Another thing Sony isn’t revealing is the split in sales between the standard and disc-less versions of the console. The digital version had a lukewarm reception at best, but whether units are selling or not at a similar pace as the standard version would give some hint to the future of the platform. The entry-level console cut the price by a $100, but is that enough to convince people to go all-digital? And if it is, the $399 price of the PlayStation 5 is still pricier than the entry-level Xbox Series S, which is also disc-less.

Regardless, with Microsoft no longer sharing sales numbers for the Xbox line of products, it’s hard to compare the two, but if Microsoft had reached a similar milestone, I’m sure it’d be telling everybody about it. Instead, it’s intent on distracting us with gimmicks like an Xbox Series X minifridge, a Series S suitcase, and Xbox-themed donuts at Krispy Kreme.

Betting on the future — SIE still has a long way to go to reach the lofty heights of the PlayStation 4, a console that moved 115 units. To do so, it’ll have to do better in the games department. Sure, there have been many PlayStation 4 games that have been patched to look and run better on the new console, but as far as a game compelling enough to convince someone who’s on the fence? I haven’t seen one, except maybe Ratchet & Clank: Rift Apart. Games like the Demon’s Souls remake, Returnal, and Marvel’s Spider: Miles Morales have been a few exclusives helping drive the sale of the console, but there’s still not a lot of reasons to get one beyond that it’s new.

There is good news at least, with the announcement of Horizon Forbidden West launching this year, most likely around the holidays, and God of War Ragnarok possibly releasing sometime next year. Those two are highly-anticipated games that will crank up the PlayStation 5 fervor to an all-time high.

For now, if you still don’t have a PS5, SIE is “making steady progress with available global supply and can’t wait for the day when everyone who wants a PS5 can easily get one.” As someone who’s tired of refreshing retailer websites and jumping through hoops for the privilege of paying $500, I hope that’s true.