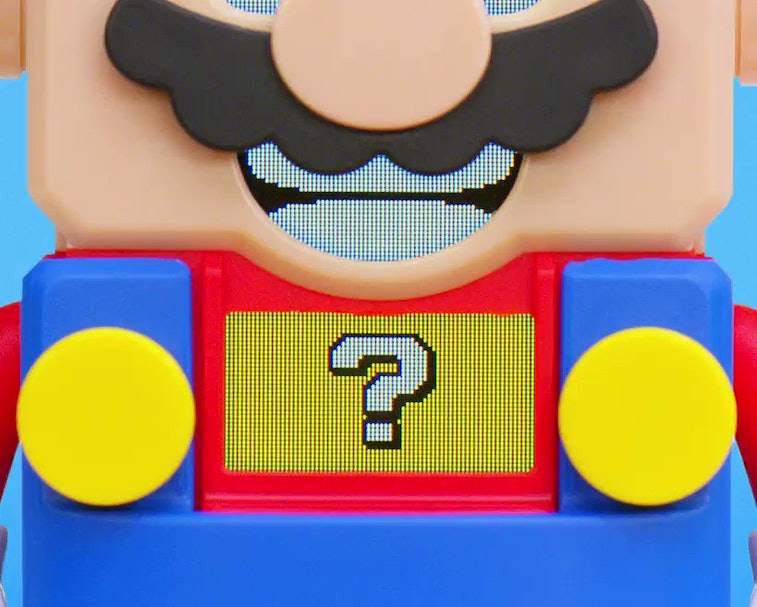 The days ahead are dark, but thankfully Nintendo always knows how to come in clutch. On Tuesday, the company teased "LEGO Super Mario" with a short video showing a brick version of Mario. Be still my heart.

What the hell is happening? Nintendo is collaborating with LEGO? Is it a video game? Is it a Mario Lego set? Is it just a toy cash grab? Oh, who the hell cares, it's Mario x LEGO, and we're ready to hand over our money because this could be the greatest collaboration of all time.

Are those LED screens? — The teaser video stops short of panning up two-thirds of Mario's face so we only get a glimpse of what appear to be LED screens on his chest, mouth, and eyes. It's difficult to say what exactly we're looking at since there's little context on whether it's something physical or digital.

Then again, it could just be a clock ... like the 9-inch minifig clocks LEGO already sells. I mean, the display is certainly in the same chest position as the minifig clocks, like the Stormtrooper one below.

The only difference could be a) more LED screens and b) color!