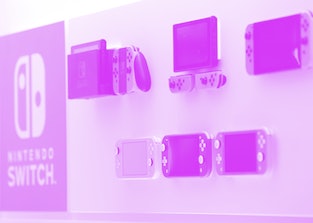 The number of Switch consoles Nintendo has sold to date.

Nintendo says the Switch has hit 52.5 million sales in its lifetime, already surpassing that of the SNES. In becoming the company's fifth best-selling console of all-time, the Switch has helped to boost Nintendo — the company reported a $2.75 billion operating profit, up from the previously predicted $2.38 billion.

Switches keep flying — Previous forecasts had Switch sales for the fiscal year, ending March 31, at 18 million. That number has now jumped to 19.5 million. And, 10.8 million of those were sold during the holiday season alone, leading to a 22.5 percent increase by December of the previous year.

Game sales have also risen to the tune of 30.1 percent over the year prior. As of December 1, 310.6 million total sales have been recorded, with 123.13 million in the current fiscal year so far. Pokémon Sword and Shield alone combined for 16.06 million sales during the holiday season.

Lifetime sales for the Switch may not surpass the Wii, but they're still tracking to eventually surpass the PS2 and PS4. That would make it the fourth best-selling console of all-time.