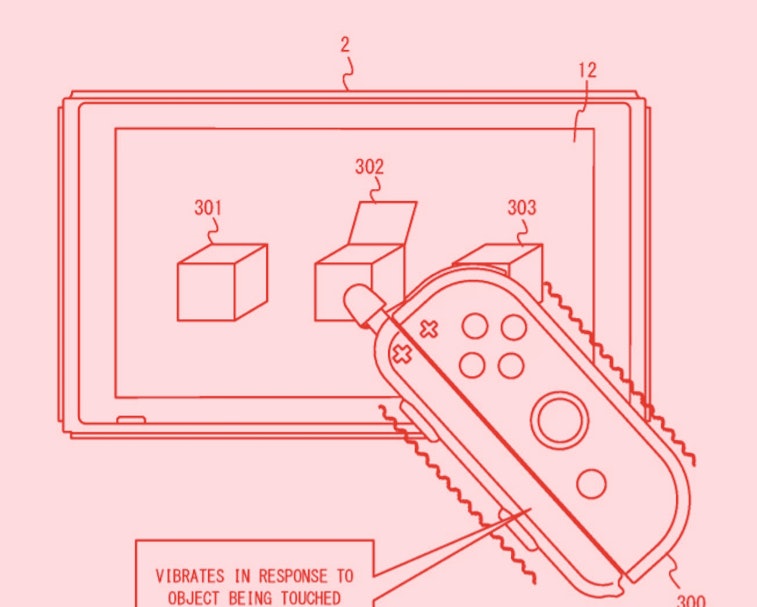 Nintendo seems more and more enamored with the Switch’s handheld mode. Siliconera has spotted a Nintendo patent (published last Thursday but first filed in June) for a stylus attachment to its JoyCon rails.

Joy — Essentially it’s a tiny nub that one could use as a pen while the JoyCon are detached. Unlike Nintendo’s recently released standalone stylus, this system would allow players to use the JoyCon’s buttons and HD rumble functions for additional inputs and feedback. Currently, users can only enable the console’s buttons or its touchscreen inputs at once with the same hand — this would change those play dynamics for developers entirely.

Con — This seems like an unwieldy solve to an input problem we haven’t seen anyone asking for a solution to. The JoyCon themselves were never meant to be held this way, so it’s unlikely that Nintendo, a company obsessed with user experience, will actually release this. Many things get patented and end up in a drawer and this is likely just the latest. Nonetheless, it’s a fun idea.