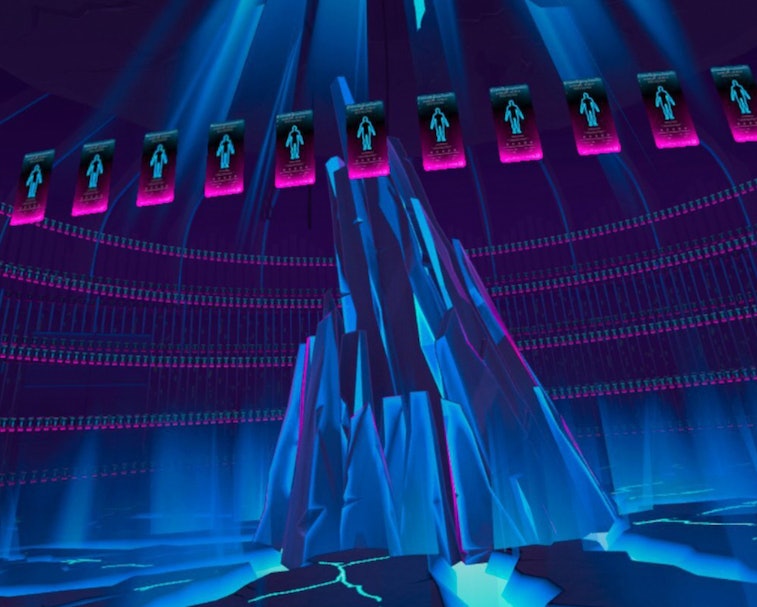 Nowadays it’s rare to see a massive tech or media company stick to one area of interest. We see these behemoths extend their reach into emerging spaces time and time again. After all, capitalism demands you keep growing, and that often means branching out. This week Netflix has quietly released a new VR experience called Eden Unearthed, UploadVR reports, which is based on an anime of the same name that exists on the platform. We knew Netflix games were coming, but we didn’t know there’d be VR ones.

In the source material, a CGI anime series titled Eden, a human girl is raised by robots in a society without any trace of other humans. Eden Unearthed is more stripped down and offers a straightforward VR experience that takes place in the same world as the anime. Users pilot a motorbike of sorts to explore a technicolored landscape that continuously changes.

The objectives are few and far between as your sole goal is to just keep riding while collecting apples as fuel — maybe in this world fossil fuels are no longer necessary and produce can be easily converted into energy? Regardless, there are checkpoints located at various landmarks, which offer a brief burst of narration to keep the whole thing going. To keep people interested, players compete for global high scores by seeing how long they can ride the track without running out of fuel.

So how much will it cost? — Right now Eden Unearthed is completely free through the Oculus App Lab. Applications from the App Lab aren’t indexed the same way games in the Oculus Store are, so anything uploaded to the Lab is basically unlisted, requiring a link to play. The publish date for Eden Unearthed is listed as April 20, which means that it could have been sitting there since then but is only getting attention now. Either way, the game is now available and you can check out a trailer here.

Open world exploration used to be considered an experimental gaming form, notably with the release of the iconic PlayStation 2 game, Shadow of the Colossus, in 2005. Since then we’ve seen the style expanded on and VR is capable of taking the genre to another level with regard to total immersion.