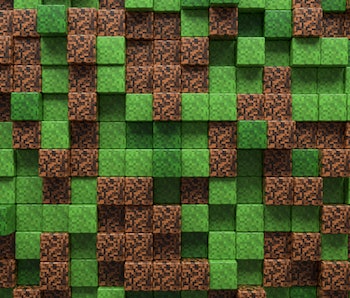 Last night, YouTube announced that Minecraft videos on its platform have cumulatively reached over one trillion views. The low-poly sandbox game has seen substantial viewership and popularity since its release in 2011, in part due to a few beloved content creators.

Male Minecrafters — But Dream wasn’t always on top. Dan Middleton, aka DanTDM, is another massive Minecraft YouTuber with over 25 million subscribers and 18 billion total views. Jelly is another Minecrafter who has branched out to other games, but has over 13.5 billion total views on his channel. PrestonPlayz and CaptainSparklez have nearly 4 billion views each on their channels as well. All of Minecraft’s largest YouTubers are male, even though it’s been estimated that 40% of all Minecraft players identify as female.

But these are just a handful of Minecraft’s biggest and brightest. Plenty more are grinding out viral content, all contributing to bringing that total view count just a little bit higher.

A numbers game — When you think about YouTube’s market dominance and the fact that 74% of all 200 million US adults use the platform, it’s not surprising that certain categories can reach astronomical numbers.

Gen Z is obsessed — YouTube is even more popular among kids, with 80% of US children under age 11 watching videos on the site. Considering that 68% of boys 6-8 years old play Minecraft, it makes sense that these young gamers are watching tons of content about their favorite title.