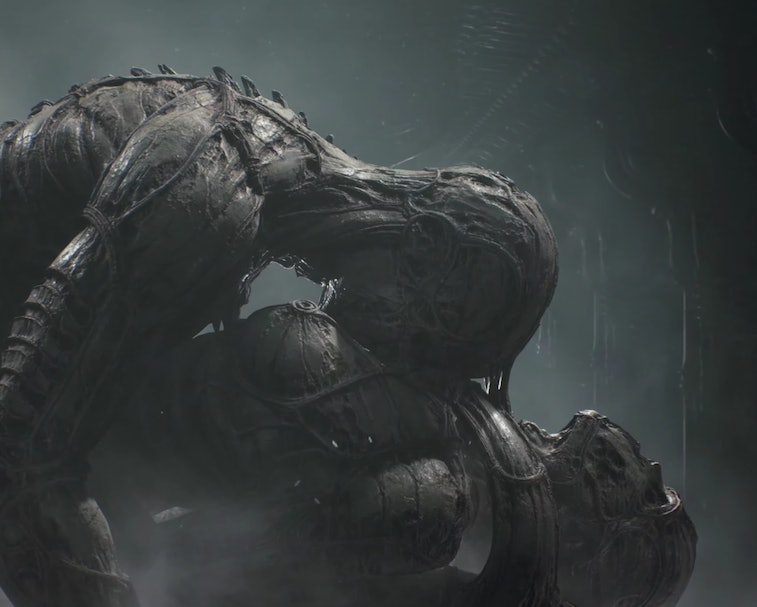 Today Microsoft released additional details about its upcoming Xbox Series X console during a live-streamed Inside Xbox event. So what did we learn? We got to see gameplay from third-party studios' titles, including FYQD-Studio's Bright Memory Infinite, Paradox interactive's Bloodlines 2, Bandai Namco's Scarlet Nexus, and Ubisoft's Assasin's Creed: Valhalla. The one thread running through them all? Darkness, dystopia, and horror. Sports titles aside, most of the games previewed are dark AF.

We already have a sense of the console's specifications, logo, and controller, but one of the most eagerly awaited information is which exclusive titles the console will launch with to harness its impressive hardware and whether they'll be attractive enough to win over those consumers choosing between buying the next Xbox or Sony's fifth-generation PlayStation. Sure, many gamers will buy both, but not all of them. For those on the fence about which console to commit to, which titles they can play on which system matters.

Launch titles for the Xbox Series X will include in-house titles Halo Infinite and Senua’s Saga: Hellblade 2, but we didn't get any gameplay from those today. Microsoft has its own reveal event planned for the titles for July. Another eagerly anticipated title, CD Projekt Red's Cyberpunk 2077 is expected to be previewed in June.

Smart delivery and optimization — Xbox is pushing its new Smart Delivery system that'll enable it to let users buy a game once and play it on an Xbox One or Series X console, and on future consoles. It's also unveiled a new Xbox Series X Optimized badge that it'll display on titles — existing or new — that are available in 4K resolution at up to 120 fps, and that guarantee speedy load times and ray-tracing support.

Here's the full list of games showed off today, in alphabetical order:

A strong start matters — Aside from its innovative form factor, one of the reasons Nintendo's Switch flew off shelves as rapidly as the company could make it came down to The Legend of Zelda: Breath of the Wild. The open-world action-adventure game was so popular, in fact, that at one point it had sold more copies than the Switch as players bought it in anticipation of getting the console, or bought the special editions in addition to the regular one. Microsoft would love to emulate that sort of appeal and sales success, especially considering the PlayStation 4 has outsold the Xbox One by a ratio of roughly 2:1.

We're going to have to wait a while longer before we find out whether Cyberpunk 2077, Halo, or Senua's Saga can deliver the goods.